The two Chromebooks are from Hisense (SHA:600060) and Haier (HKG:1169),two China-based OEM/ODMs known best for providing budget electronics to specific retailers. Both Chromebooks are priced at $149 and are powered by the quad-core Rockchip RK3288 SoC clocked at 1.8GHz.

Each laptop is virtually identical with 11.6-inch LED-backlit display, 2GB of DDR3L SDRAM, 16GB of eMMC flash storage, and a 720p webcam. The only difference between the two is battery life.

First up is the Hisense Chromebook, which will be exclusively sold at Walmart (NYSE: WMT). It promises 8.5 hours of battery life. It’s 0.6 inches thick and weighs 3.3 pounds. 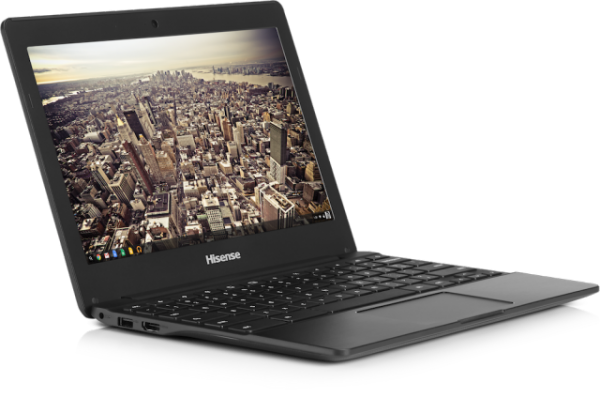 The Haier Chromebook 11, an exclusive to Amazon (NASDAQ:AMZN), has 10 hours of promised battery life. 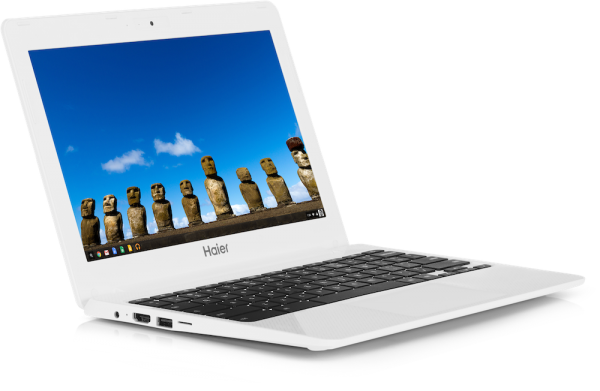 What’s in a Rockchip?

Rockchip is probably best known for its deal with Intel (NASDAQ: INTC) to bring x86 to the next-generation of cheap tablets for the Chinese market.

Aside from that Rockchip is a fairly run-of-the-mill low-end ARM (LON: ARM) manufacturer that would one day like to challenge the incumbents such as Qualcomm (NASDAQ: QCOM) and MediaTek (TPE: 2454).

Benchmarks on the RK3288 are scant, but one from January from a firm called CNX Software shows that its around 18% faster in Antutu than an Intel Atom Z3735F.

Chromebook on a stick

The other Rockchip RK3288 powered Chrome device is the Chromebit, and HDMI dongle that brings full Chromebox (a set-top Chrome computer) to a dongle. It’s powered by a Rockchip 3288 SoC, has 2GB of RAM, 16GB of storage, and 802.11ac connectivity. 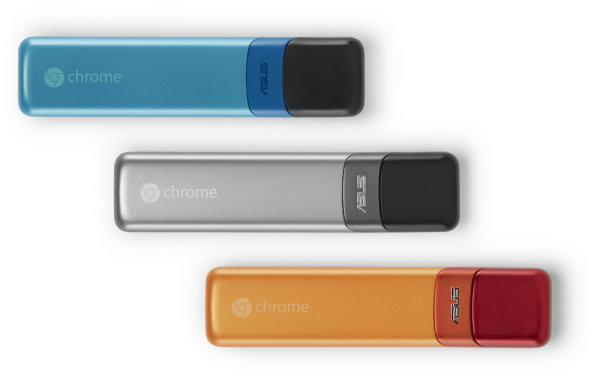 One obvious use case for the Chromebit is presentations. Instead of trying to get one’s laptop connected to the venue’s projector, someone could just plug in the Chromebit into the projector’s HDMI port.

Pricing of the Chromebit will be less than $100.