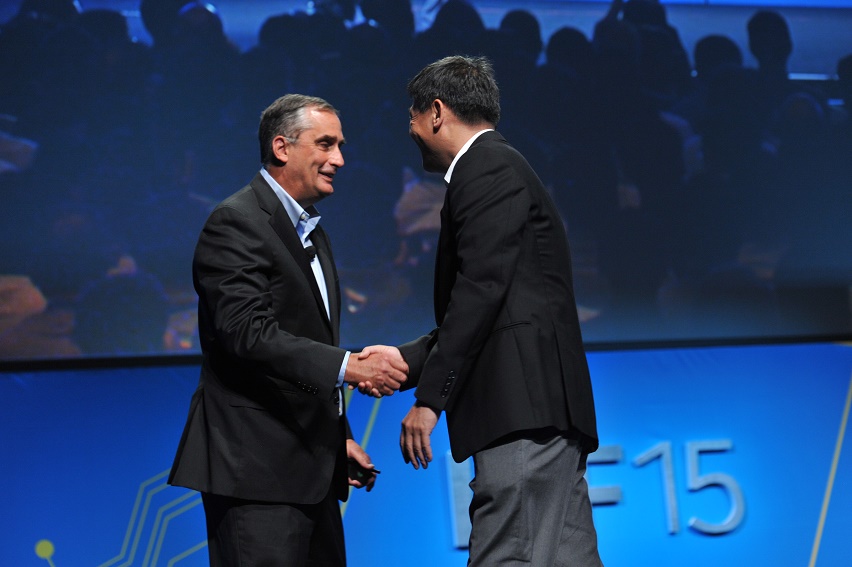 Intel (NASDAQ: INTC) reported its quarterly earnings Tuesday after the markets closed in New York that were slightly higher than the same quarter last year, but did not show growth in the PC market — the cornerstone of its business.

The company missed its overall revenue forecast, coming in at revenue of $12.78 billion for the quarter versus the $12.9 billion that analysts had expected. Intel’s Client Computing Group posted revenue of $7.4 billion, which is an 8% decline year-over-year. The company’s data center group posted $3.7 billion in revenue, which is up 19% compared to the same quarter last year. The effects of losing the supercomputing business opportunities in China will likely be felt over the next few quarters. Intel’s new Internet of Things group also experienced sizeable growth posting revenue of $533 million, up 11% year-over-year.

“Year-over-year revenues were flat, with double-digit revenue growth in the data center, IoT and memory businesses offsetting lower than expected demand for business desktop PCs,” said Intel CEO Brian Krzanich in a statement. “These results reinforce the importance of continuing to execute our growth strategy.”

Overall the company posted net income of $2 billion, which is 3% higher than the same quarter last year. Intel is expecting a 3% revenue jump in the next quarter.

When will the PC growth arrive?

Intel is banking a lot on the ‘reboot’ of the PC market, which is what the company was traditionally built upon. Granted there have been a number of challenges that are out of Intel’s control entirely.

A big factor that is keeping growth stagnant over the past two years was Microsoft’s (NASDAQ: MSFT) lackluster Windows 8 platform. When compared to Windows 7 or Windows XP, there simply wasn’t a compelling reason to upgrade. Microsoft is hoping that Windows 10 will be the answer to that, and so is Intel.

Intel is hoping that it can convince consumers to upgrade by building chips that can go into thinner and faster notebooks with longer battery life. That’s where the high margin growth will be.

Intel is also pinning the next decade of growth on China’s second-tier PC market, outside of the traditional giant of Lenovo (HKG:0992). At its recent IDF conference in Shenzhen, Intel said that it was working with Chinese brands that traditionally make smartphone and mobile devices, helping them transition into higher-margin PCs.

But without this growth, but from the launch of Windows 10 and from China, Intel’s PC division will remain stagnant. Obviously the division is in no financial danger, but shareholders will have to get used to this new normal of growth.