In the spirit of Star Wars Day, today we’d like to take you on a visual journey across some of the most inspirational and marvelous concept art in existence.

Ralph McQuarrie is one of the most renowned concept artists of all time, known for his work in creating key designs across major franchises like the Star Wars universe. Back when the interstellar saga was just an idea in George Lucas’ mind, McQuarrie lent his artistic vision to shape and mold Lucas’ ideas into something real, something tangible.

And the result is nothing short of awe-inspiring. 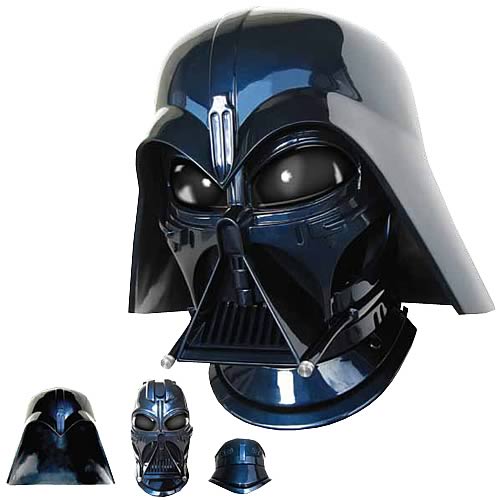 With his superlative artwork, Ralph McQuarrie opens a window to a galaxy far, far away to the very nexus where sci-fi dreams are born. Working alongside George Lucas, McQuarrie is credited with designing key Star Wars characters including Darth Vader, Chewbacca, C-3PO and R2-D2.

It was McQuarrie who came up with Darth Vader’s infamous breathing apparatus, claiming that he’d need it to survive in space–he also added the Samurai-styled helmet and dark cape, giving rise to one of the most striking villains of all time. 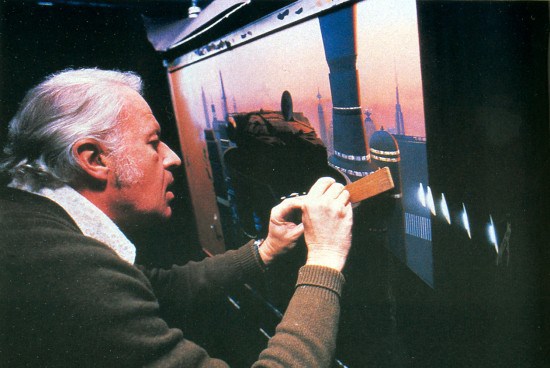 McQuarrie’s work stretches across all three films of the original Star Wars Trilogy. He created and gave vision to many of the sets used in the films, from the Battle of Hoth to Jabba’s Palace, the Death Star battle, and even the beloved speeder bike scene in Return of the Jedi.

As a testament to how timeless his work is, LucasFilm is using his original portfolios to help develop The Force Awakens.

Below we have a collection of some of his most impressive work along with quotes that describe McQuarrie’s legacy and the impact he had on the Star Wars universe.

“I just did my best to depict what I thought the film should look like, I really liked the idea.” 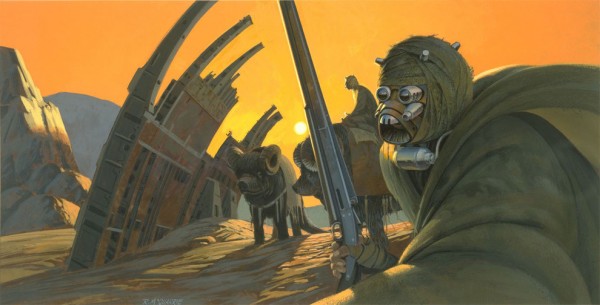 “I didn’t think the film would ever get made. My impression was it was too expensive. There wouldn’t be enough of an audience. It’s just too complicated.” 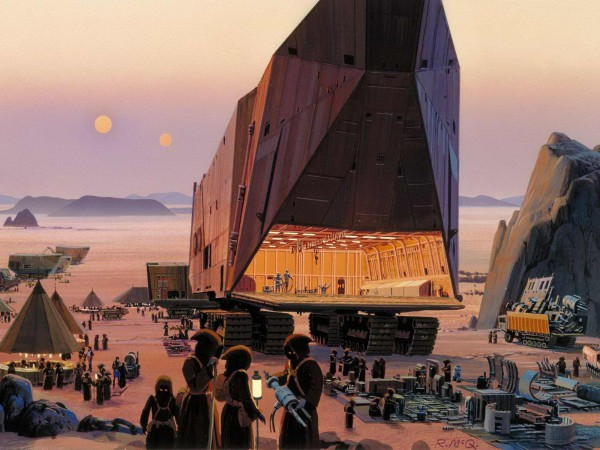 “But George knew a lot of things that I didn’t know.” 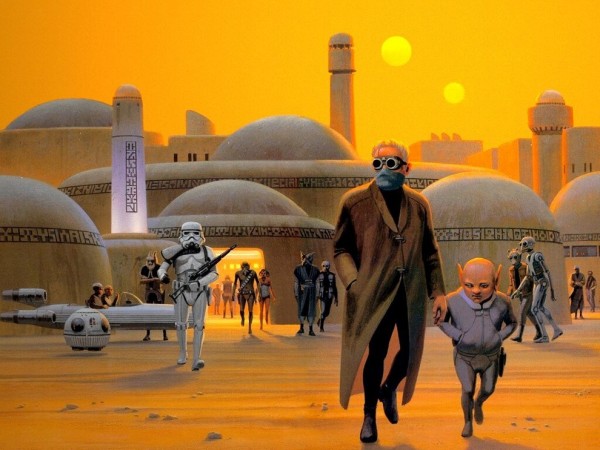 “George talked about Star Wars. He didn’t have a title yet, but the concept for a film was going to be a big galactic war.” 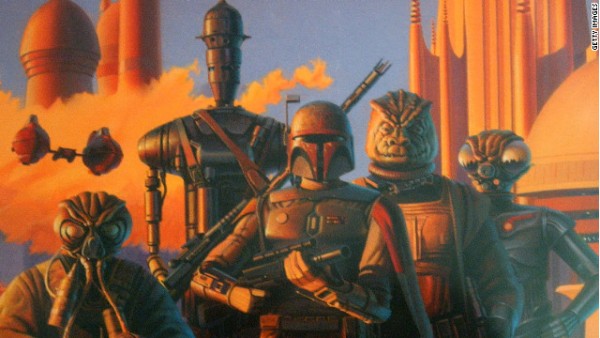 “When we started to talk to Fox, it seemed to him it’d be a good idea to have some illustrations to show to scope of the visuals he planned.”

“I think in George’s mind, these visuals were a big part of the movie.” 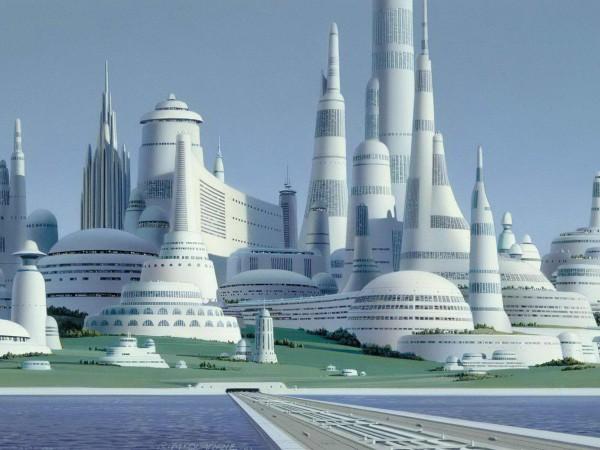 “I got a hold of the script, and I started to get into it right away.”

“I started working on those original paintings that were really done to sell the film.” 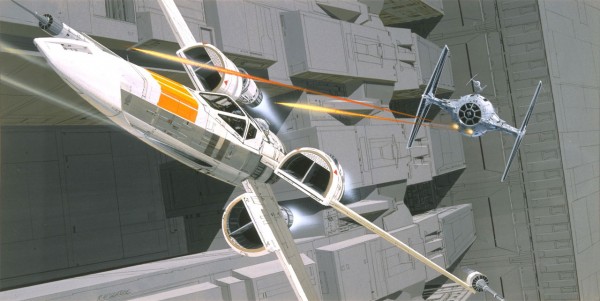 “There were quite a few things set up by George, and I felt like I was drawing what he wanted things to look like.”

“I don’t think either of us thought that was the way the movie was going to look.” 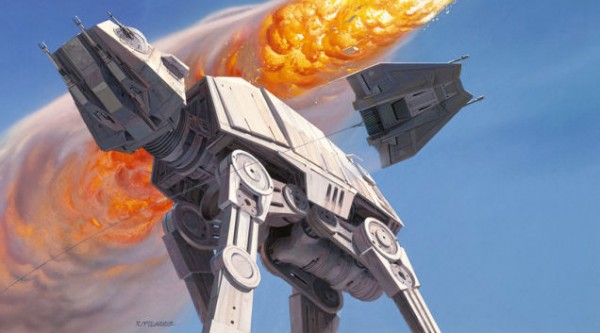 “These were just sketches, they were the best we could do in terms of how we think they should look.” 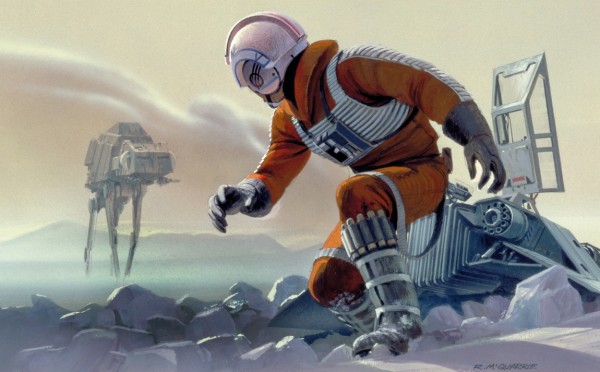 “Not necessarily in the end product, in the sense that this was going to be it.”

“But it sort of turned out to be it, in the end. For the most part.”

“Some of those paintings were virtually rendered intact onto the screen for a certain scene.”

“In the beginning you hire someone because of their work.”

“Ralph McQuarrie was the first person I hired to help me envision Star Wars.”

“I met him and found out he was a really sweet guy and easy to get along with, and I loved his work. Just fantastic work.” 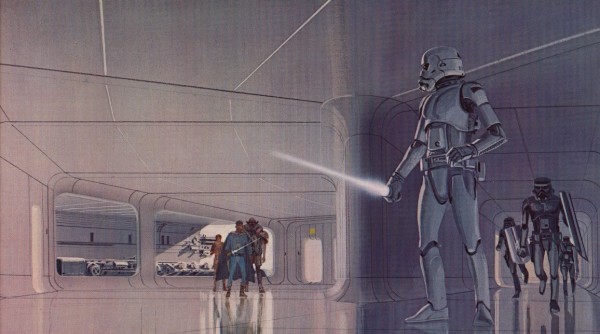 “With the combination of those things I said let’s go.” 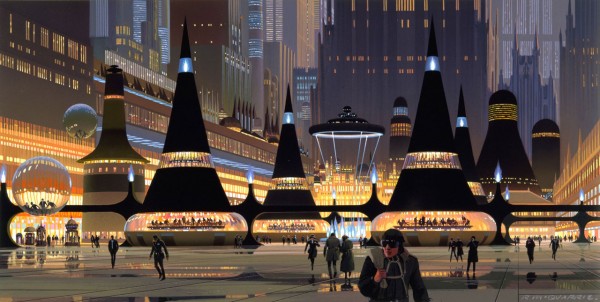 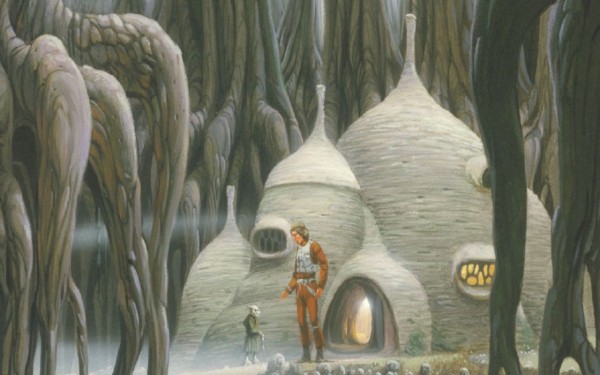 “To be able to sit down and see what they look like…that was a very key component of putting the whole story together.”

“When words could not convey my ideas, I could always point to one of Ralph’s fabulous illustrations and say, ‘Do it like this.’ ”

“I think Ralph’s contribution to the Star Wars world is incalculable.” 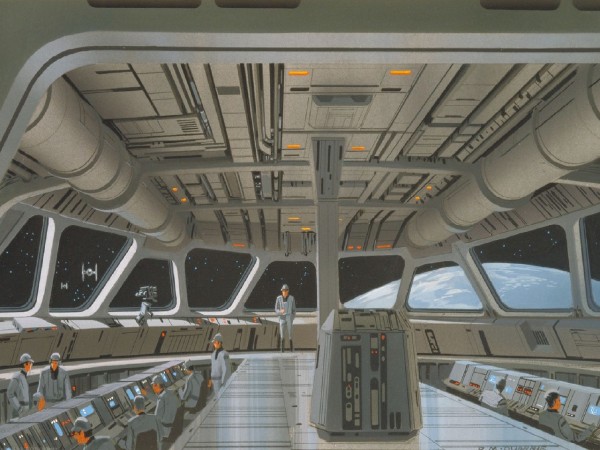 “It’s one thing to describe things. It’s another to actually be able to hold a picture up to give an example.”

“Ralph’s work was so accurate as to what I wanted, it became a template…a reference for others.”

“So a lot of those things were crucial in the development of the movies.”

“John Barry would go out and find the homestead, or find the scene, and then Ralph would do a drawing of it.” 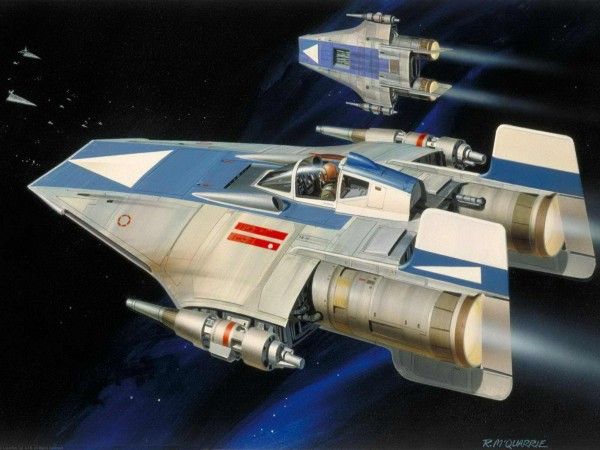 “McQuarrie pioneered the ‘used future’ aesthetic that imagined a lived-in galaxy that was gritty, dirty, and in advance states of decay.”

“His strongly geometric subjects were rendered in muted colors against a flat, purposefully compressed backdrop.”

“A McQuarrie Star Wars design looks like what would have resulted if Salvador Dalí had sketched concepts for Universals 1936 Flash Gordon serial by way of Sergio Leones Old West.”

“Ralph’s original paintings, around 12-14 paintings, helped convince the studios that George was doing a project they wanted to do.”

Although Ralph McQuarrie has shed his mortal coil to embrace the distant stars, his expansive body of work will live on across the farthest reaches of the galaxy–from Hoth to Tattooine and Dagobah, McQuarrie will be known as a legend of his craft.

May the fourth be with you, old friend.