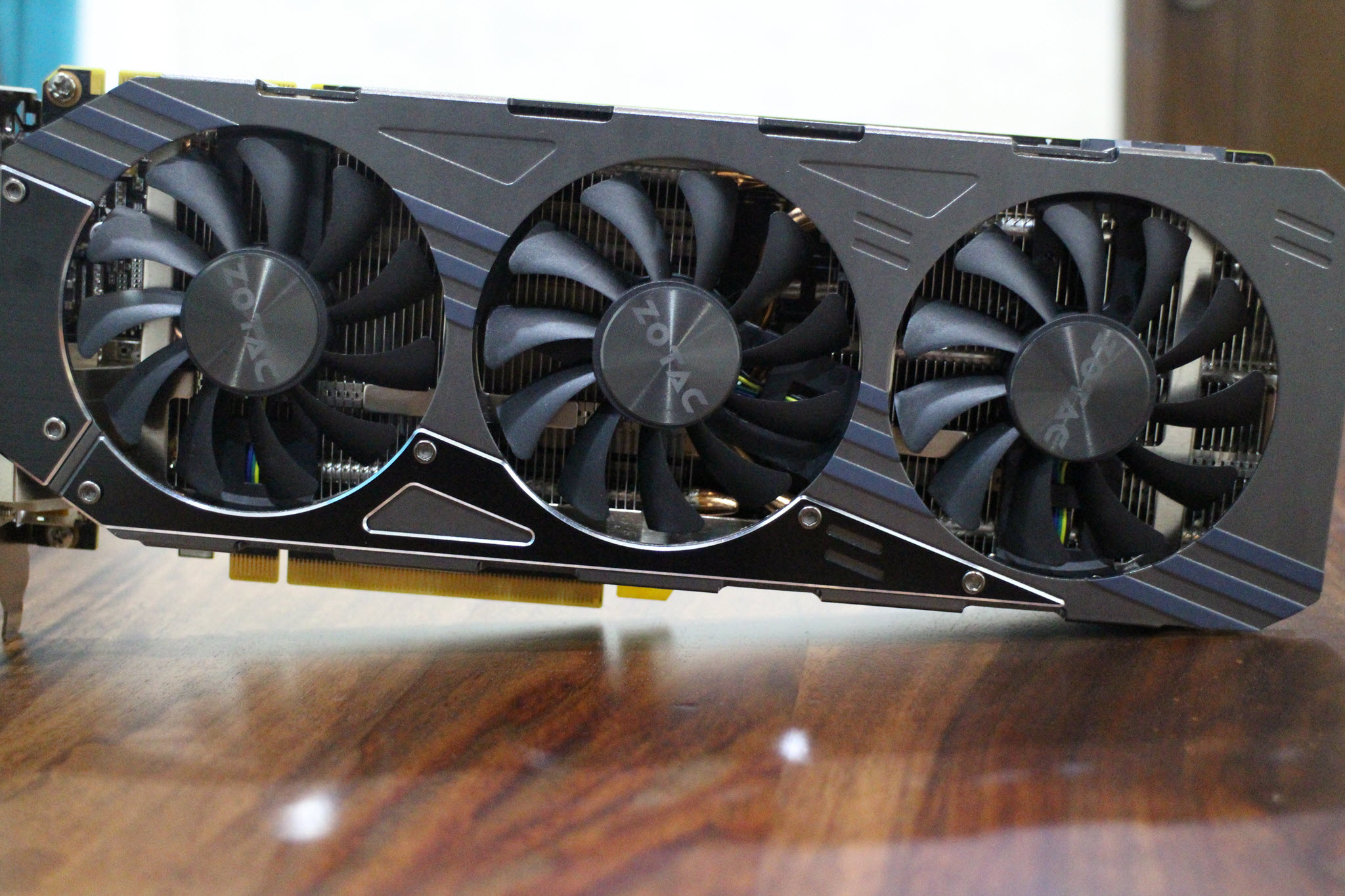 For synthetic benchmarks, we turned to Futuremark’s 3DMark FIre Strike (1.1), with Zotac’s GTX 970 AMP! Omega Core Edition scoring 10,989. We then ran the card through a series of recently launched titles, with all settings at maximum and 4XAA: 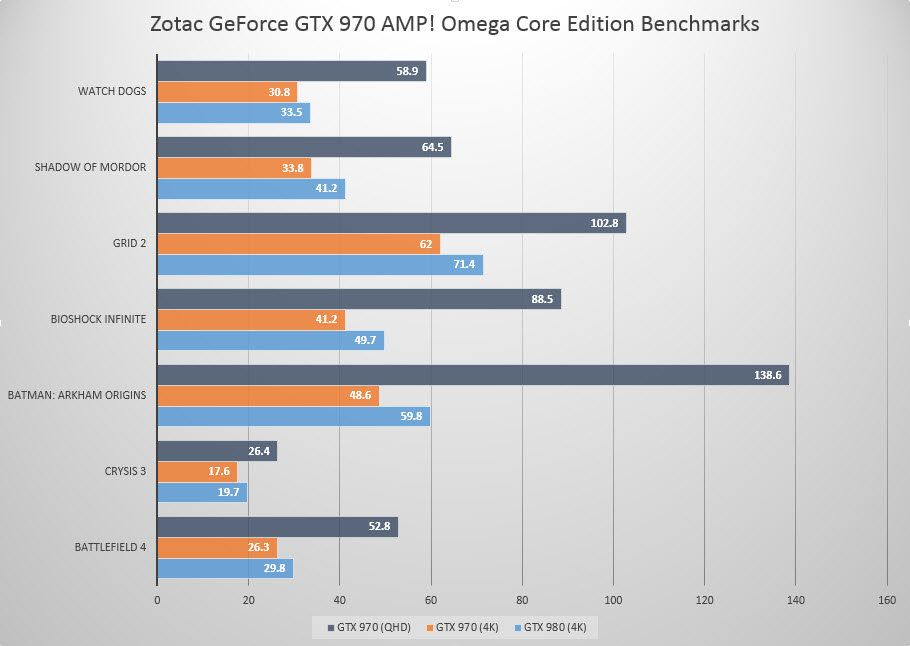 One of the main advantages of the card is that it runs cool even under load. We witnessed the card hitting 67 to 70 degrees Celsius under full load, with idling temps at 31 to 25 degrees Celsius. Another fact that gamers will like is that the fans are not excessively loud even when going full-tilt, with noise levels in the vicinity of 30 decibels.

There isn’t any other single-GPU card that offers the same level of performance figures as the GTX 970 in this segment. Yes, you’ll get 3.5GB of VRAM, and in scenarios where you exceed that, there is a noticeable decline in frame rates. But the likelihood of that occurring are very slim given the audience this card is aimed at, which is gamers looking to play on single-monitor configurations at full-HD and 1440p. If you’re looking to play on maxxed out settings at 4K, the GTX 980 is the card you should be looking at.

Between the GTX 970 and the GTX 980, there is a difference in performance to the tune of 15%, which is valid given the latter is billed as Nvidia’s flagship for this generation. The $200 difference in pricing between the two, however, means that from a budget standpoint, the GTX 970 is the standout winner. The GTX 970 is aimed at lowering the barrier for entry to 4K, and it excels in doing just that. Zotac’s offering takes all that and lets users overclock with ease by providing a cooling solution that is one of the quietest available for the card. You don’t necessarily need to overclock the GTX 970 AMP! Omega Core Edition, given that it is already clocked higher from the reference model out of the box, but there’s enough headroom available should you wish to do so. For $359, you can’t ask for much more from a video card. 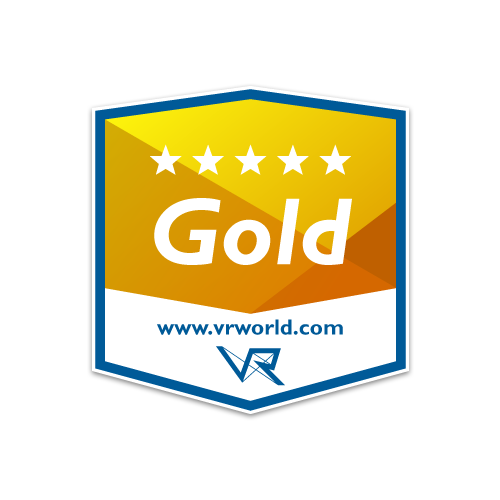