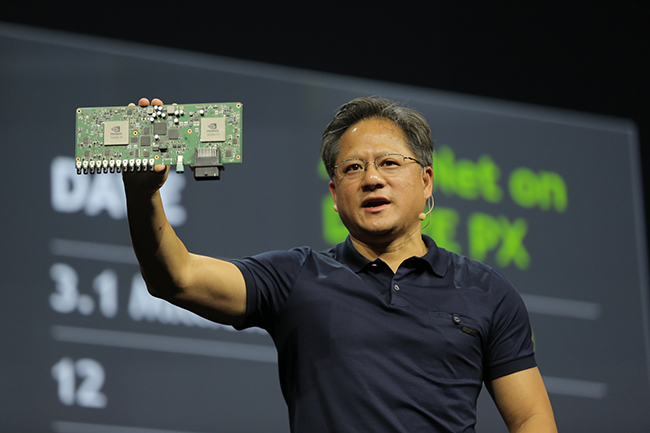 The GPU maker posted revenue of $1.16 billion, which was below analysts’ estimates. Earnings came in $134 million, down 2.2% year-over-year. Revenue for Nvidia’s GPU segment, the company’s bread and butter, was up 4.7% year-over-year to $940 million. Total sales of GeForce consumer cards were up 14% compared to last year’s Q1. For Tegra, sales increased 4.3% in the first quarter hitting $145 million in revenue.

For the next quarter, Nvidia expects revenue of $1.01 billion within 2%.

Overall this earnings report is a rather uneventful one for Nvidia. Aside from its plans to exit the modem making business, which is logical considering Tegra’s non-success in smartphones and tablets, this quarter was solid but not really eventful for the company. Its consumer GPU sales are humming along, as are the Tegra and Tesla divisions. What Nvidia needs next is a series of big announcements regarding hardware wins for Tegra in automotive, particularly for the Nvidia Drive PX which it announced at CES in January.