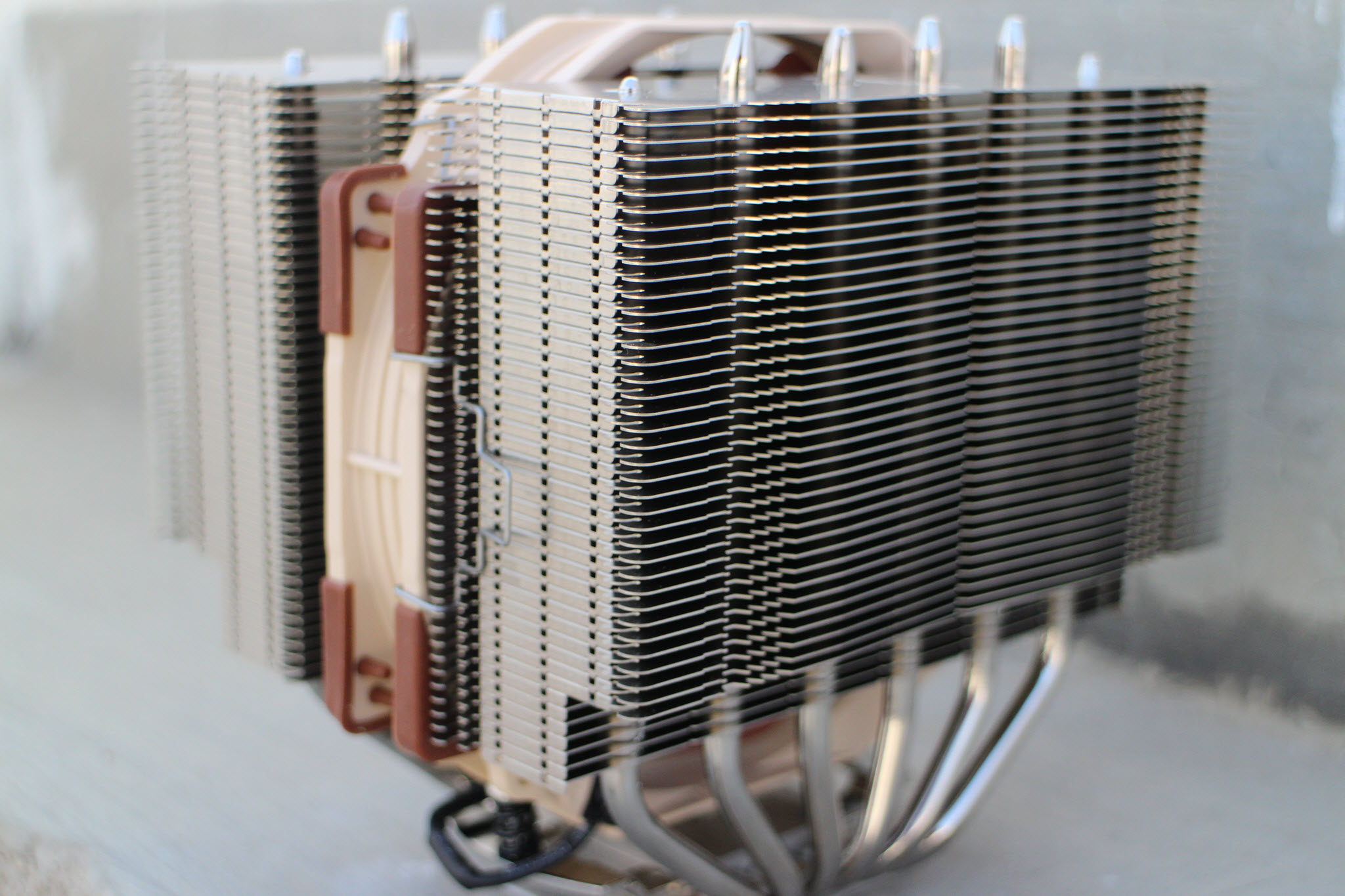 With liquid-coolers now readily available in several sizes, there is a wide variety of choice available for enthusiast users looking for a heatsink. Austria-based Noctua — which is widely regarded as the maker of the quietest heatsinks — has a bevy of air-cooled options that go head to head with the latest liquid-cooled offerings, such as Corsair’s Hydro line of AIO heatsinks. The NH-D15 is the current flagship offering, with the heatsink commanding a price of $100. That’s the same asking price of Corsair’s liquid-cooled H100i, which comes with a 240mm radiator.

One of the main advantages of an air cooler over an AIO liquid cooling solution is that there are fewer things that’ll go wrong with it. Coolers like the NH-D15 basically feature a stack of aluminum fins, with fans directing heat away from the finstack. What sets Noctua’s offering apart from other air coolers is its sheer size, which offers a similar amount of cooling as most water coolers.

The NH-D15 is modeled after the NH-D14, Nocuta’s best-selling dual-tower heatsink. The major change in terms of design is the reduction in the size of the fins toward the bottom, which ensure compatibility with tall RAM modules. The design also allows users to mount an additional fan for a three-fan configuration. The cooler features six evenly spaced heatpipes that feed into two massive fin arrays. The base of the heatsink is made out of nickle-plated copper. 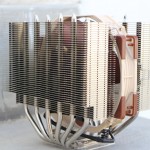 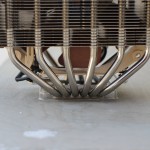 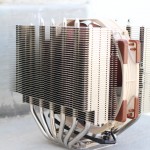 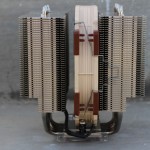 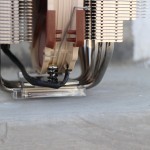 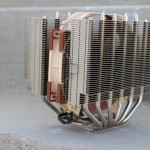 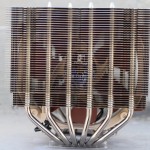 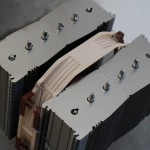 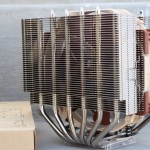