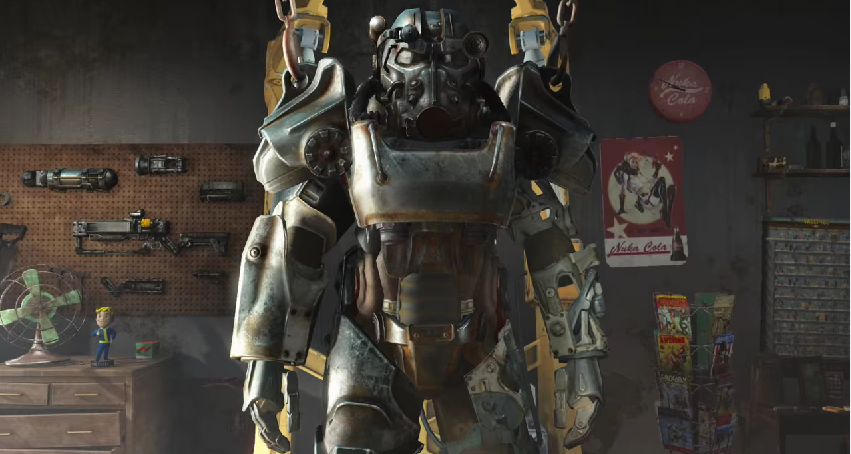 While nothing has been confirmed at this point, multiple vendors including GameStop and Amazon have a placeholder December 31, 2015 release date for the game. Bethesda’s own storefront has a “TBA 2015” listing for Fallout 4, adding even more credence to a possible release this year.

However given the quality of the footage we saw in the trailer, this is a bit alarming. While the game has dealt out a pure wave of exultation to the gaming world, the visual fidelity of the gameplay footage wasn’t so good, leaving many to believe that it was pre-rendered.

Bethesda might need more time to polish the game, and let’s hope Fallout 4 doesn’t get mired in the traditional pre-order-and-delay scheme that’s plaguing the industry.

Fallout 4 has been officially revealed by Bethesda. Yes, it’s real, and yes it’s completely and utterly amazing. It’s an exciting to be alive, people.

The Fallout 4 reveal trailer showcases our first look at post-apocalyptic Boston with real-time gameplay footage, displaying a ton of familiar icons like the Brotherhood of Steel as well as fresh new locales like makeshift cities. We’re privy to a flashback scene that shows how the War started, and we also get to see a flying ship which the protagonist rides at one point in the trailer.

Yes that’s right. A flying ship in Fallout. Oh, the feels. Below you can check the footage in all of its glory.

Taking place in Boston, Massachusetts, Fallout 4 looks to be something different than we’d expect. The world isn’t drab and ghostly; it blazes with color, with vibrant pinks and oranges contrasting the dead, forgotten cities.

Imagine the world on fire with autumnal color, a world that’s alive despite being broken and fractured. A world where live and time goes on, and nature reclaims the skyscrapers and cracked roads of man. And imagine flying throughout the skies of Boston in your very own airship.

To commemorate the launch trailer, we’ve taken an exhaustive array of screenshots that can be found below. I think these images capture the very spirit of not only the footage, but the new game itself. 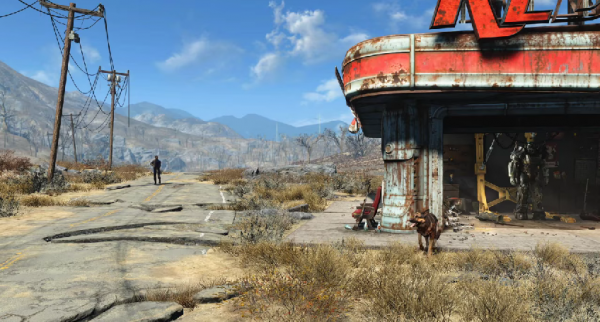 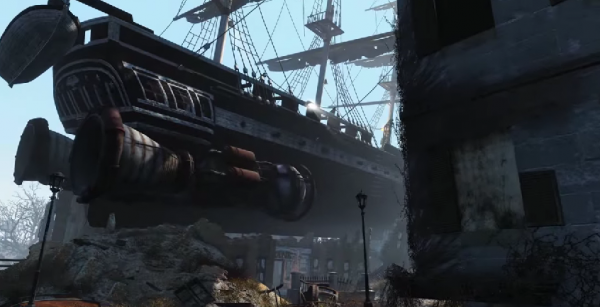 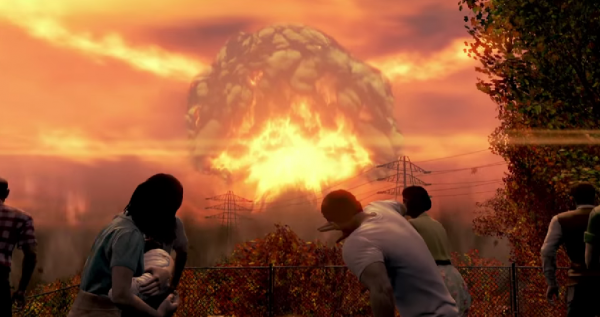 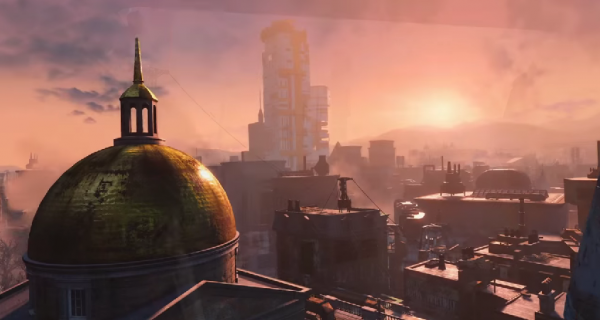 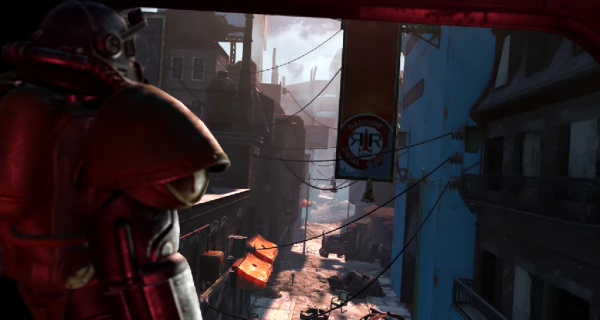 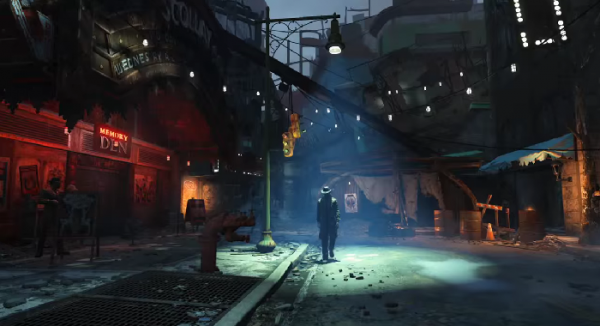 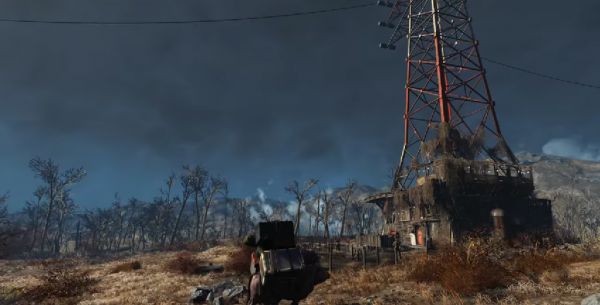 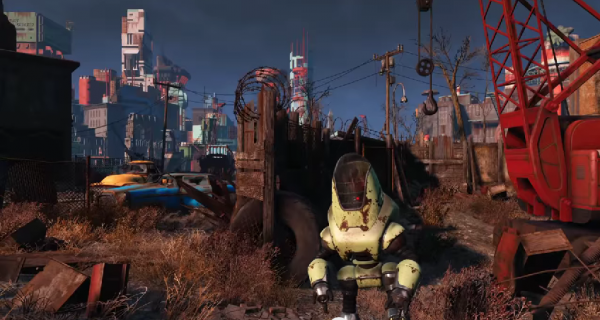 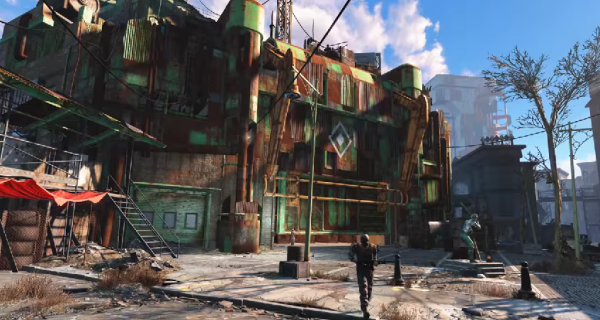 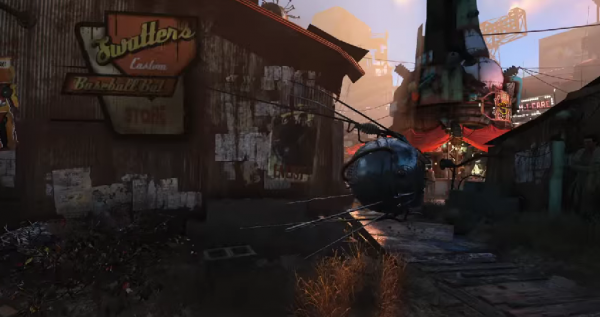 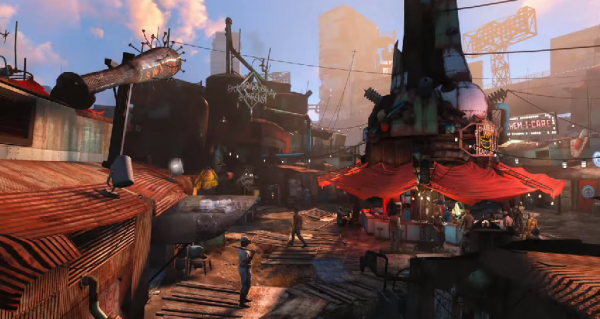 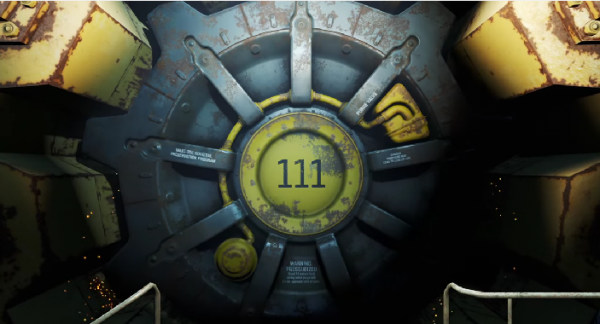 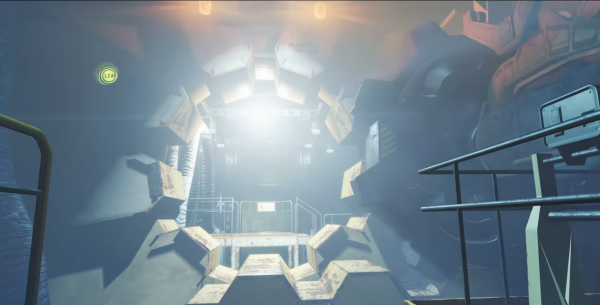 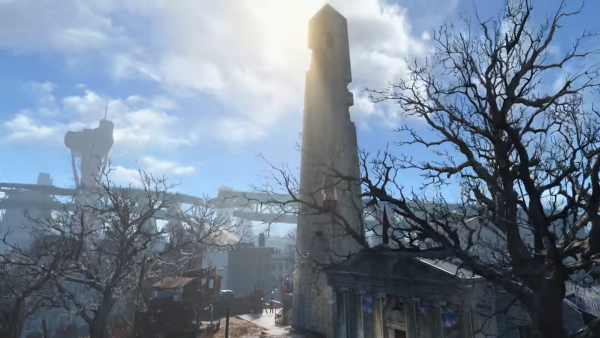 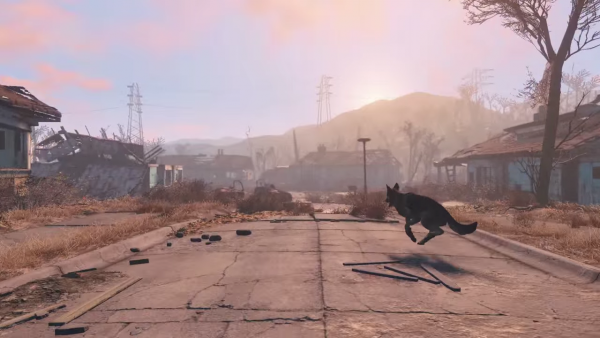 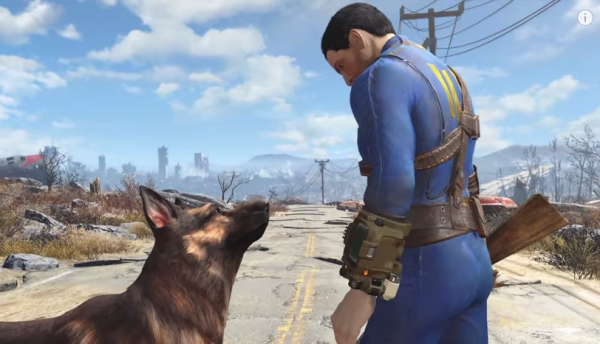 Fallout 4 will be available on current-gen consoles across PlayStation 4, Xbox One and PC. No release date information has been announced thus far, but be sure to check the game’s official website when it launches.

Below we have a copy of the game’s official press release from Bethesda:

Bethesda, a ZeniMax Media company, today confirmed the upcoming global release of Fallout 4, the next generation of open-world gaming. The world premiere of the game will take place during Bethesda’s E3 Showcase being held at the Dolby Theatre in Hollywood, California on June 14th beginning at 7.00pm PST, and streamed live around the world via and .

Fallout 4 is being developed for Xbox One, PlayStation 4 computer entertainment system and PC by award-winning Bethesda Game Studios under the direction of Todd Howard. This eagerly-awaited game is the follow up to the 2008 ‘Game of the Year’, Fallou 3, and the first title from the world-renowned studio since the release of their global phenomenon and 2011 ‘Game of the Year’, The Elder Scrolls V: Skyrim.

“We know what this game means to everyone,” said Game Director, Todd Howard, “The time and technology have allowed us to be more ambitious than ever. We’ve never been more excited about a game, and we can’t wait to share it.”