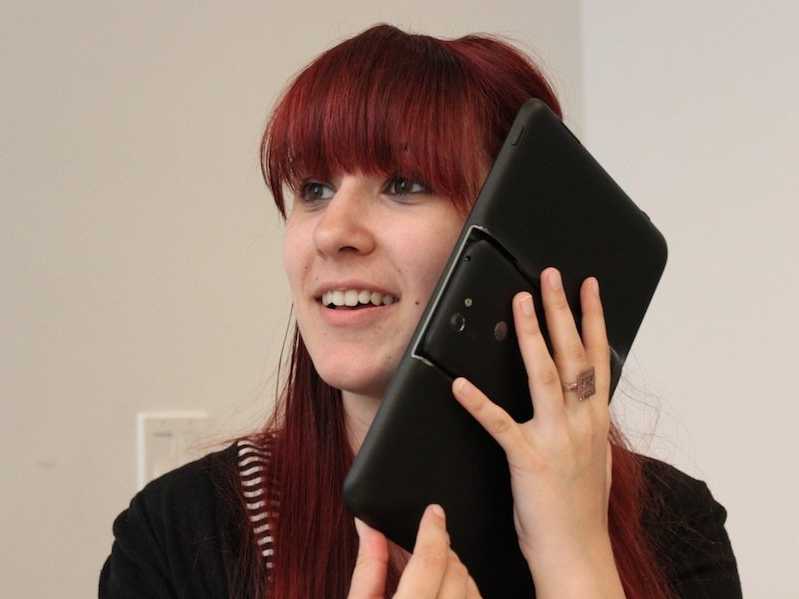 Not happy with your brand new 8-core or 10-core phone? Intel’s got a solution for you then – a 65-core phone! 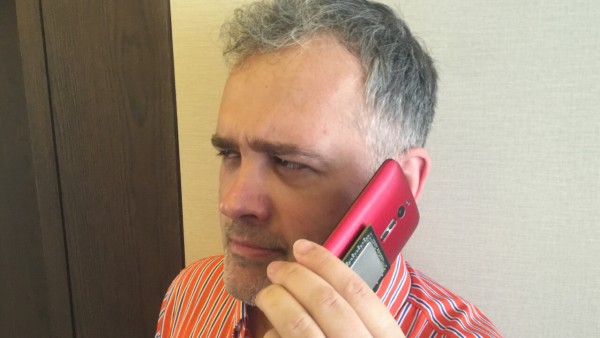 Mr. Nebojsa Novakovic, VR World’s co-founder and publisher caught in a rare moment where he holds the phone next to his ear.

Intel’s (NASDAQ:INTC)  Francois Piednoel passed over the beast to us, and you can see me even making a phone call here. Hey, this thing could handle sixty plus calls at once…

Jokes aside, this is a simple four core Atom phone on which our Intel joker glued the 61-core Xeon Phi package – just for fun.

And, should we say, to show the plain stupidity of trying to make massive multicore phones with more CPU cores than the servers thst feed them, in some cases. What do you need that many cores on a phone for? Send 1000 SMS per second? Or maybe play Warcraft or alike, losing your eyesight on a 5-incher? Laptops and, better, desktops, are really made for that.