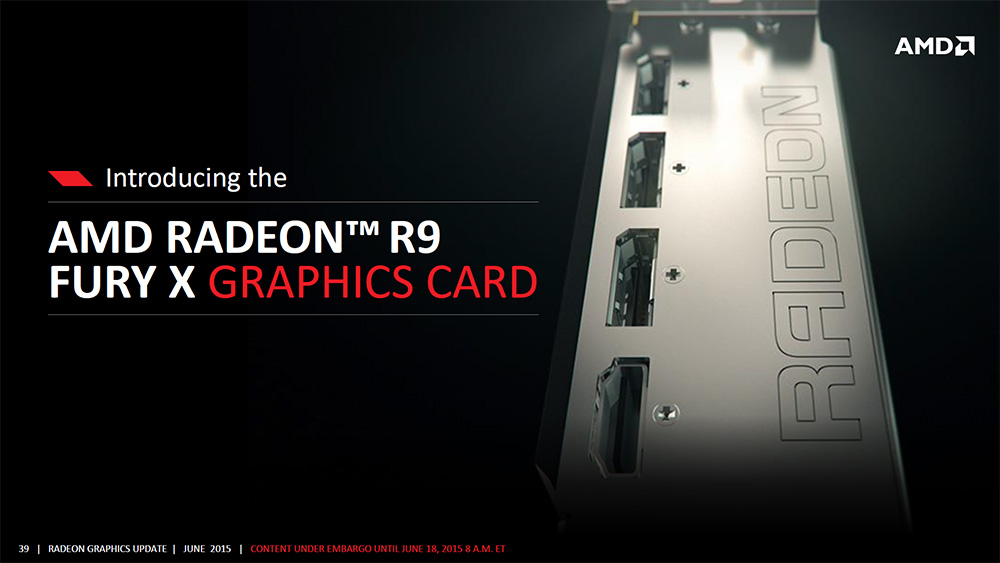 While VR World is currently working on a detailed series of analysis into how AMD is changing its future by unveiling a completely new product line-up, we were informed by the company’s representatives that the company decided to lift the embargo on performance data for the AMD Radeon Fury X earlier than expected.

Thus, while you wait for the architectural analysis of the part (this article will be updated in due course), we are pleased to bring you details from the AMD Radeon Fury X Review Guide, which contains internal performance data of this new, $649 graphic card.

This price pitches liquid cooled Radeon Fury X against NVIDIA’s GeForce GTX 980 Ti. We are working with the company to verify the performance results in our own independent testing and it is solely up to you to bring your initial conclusions over the released numbers. 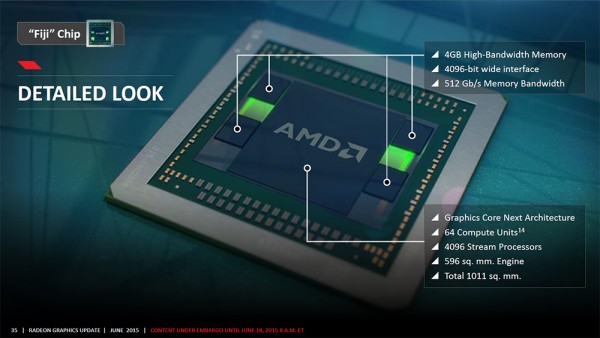 OVerview of AMD Fiji GPU. As you can see, everything is revolving around the number 4096.

From our standpoint, AMD optimized its Fiji GPU architecture to reduce the latency as much as possible, which is now finally possible through its lowest-latency approach with the next-generation HBM memory. AMD created this memory standard over the past seven years in conjunction with SK.Hynix, and the initial performance results show that the low-latency, ultra-high-bandwidth approach is paying off.

While our review will contain detailed overview of the card, there is no doubt that AMD did great work in reducing the board size. The card itself is only 7.5” long (19.05 cm), meaning it can fit in practically the smallest chassis you can find on the market. The board size is somewhat a dream for HTPC enthusiasts, who can choose between R9 Nano, R9 Fury or R9 Fury X. 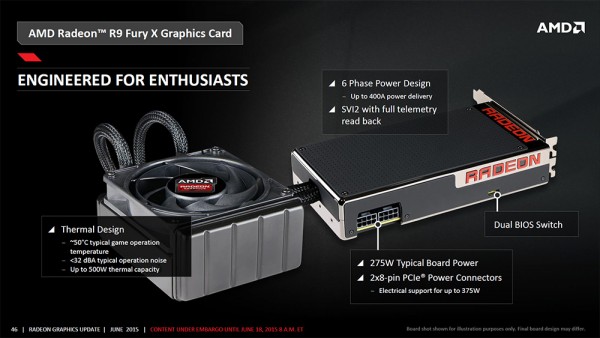 AMD Radeon R9 Fury X in its full (compact) glory. The board comes with liquid cooling as standard.

AMD is pushing the reference design for the R9 Nano and Fury X, while regular R9 Fury will be air-cooled and designed/manufactured by board partners such as Sapphire, XFX, PowerColor, GigaByte and many more. 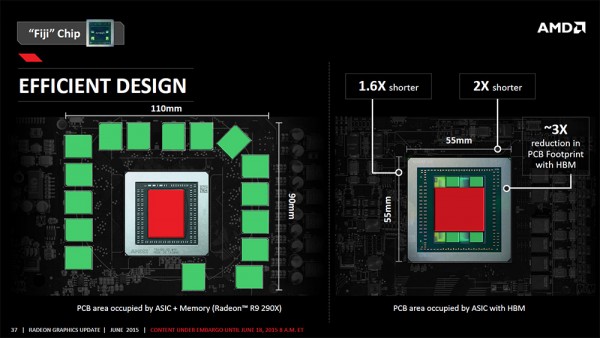 Personally, I can say this design is the biggest surprise since NVIDIA launched GeForce GTX 670, which represented a small revolution in compact chassis and pushed the HTPC and small PC enthusiast markets forward. AMD took this to the next level, as the company launched its highest-of-all-ends part in the most compact form possible, comparable in size between the $109 R7 360 and $149 R7 370. 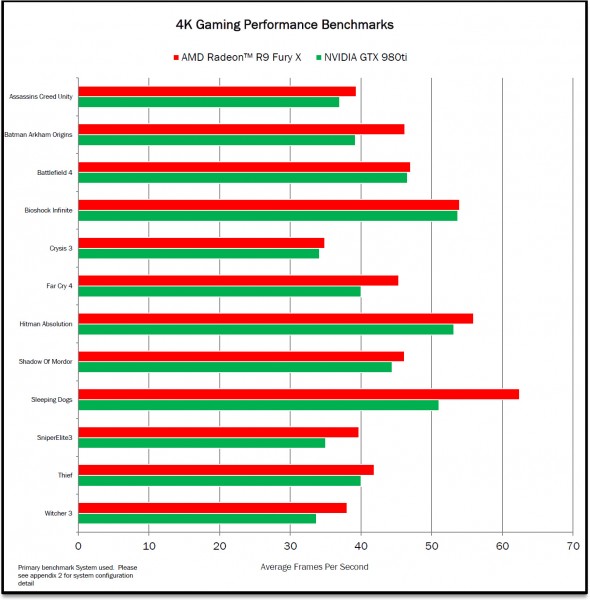 When it comes to real world games, AMD is claiming victories in all tests performed, with the largest difference in Batman: Arkham Origins, Far Cry 4 and Sleeping Dogs. Smallest difference is Bioshock: Infinite.

Until we receive our card and perform our own independent testing, this is all we can share with you now. Comment below.