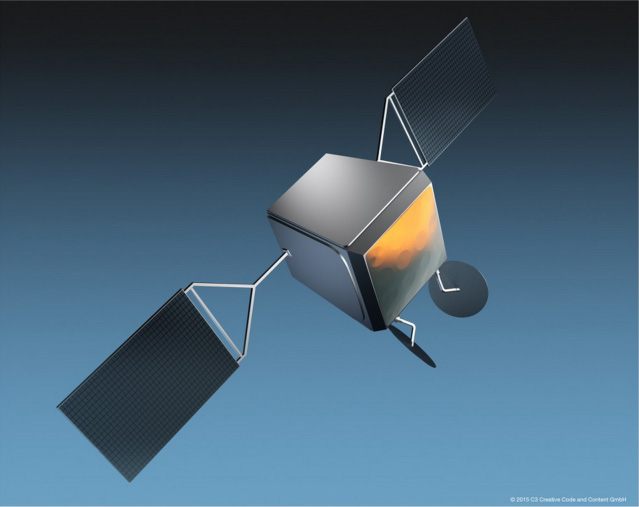 While most people think of Airbus and Boeing as airplane manufacturers, the truth is that both Airbus S.A.S. and The Boeing Company, Inc. are conglomerates that manufacture many more products than ‘just planes’. However, the size of those companies enables synergy (but also can slow down the innovation) and use experience from one project to another.

According to industry data, Airbus Defence and Space is world’s second largest aerospace company. After going through restructuring process, the company started to adopt procedures from Airbus commercial planes, but also procedures made famous by Space Exploration Technologies Corporation, known as SpaceX. By bringing manufacturing techniques from the airplane production line, Airbus Defence and Space decided to open a volume production manufacturing of satellites.

While the total number of satellites in orbit currently doesn’t pass the number 2,500, there are multiple plans to manufacture and launch thousands of satellites over the next decade. How many? SpaceX announced its 1,000 satellite push to deliver Internet to every area of the world, Facebook scrapped its plans for one massive satellite and is researching to launch as much as 1,000 satellites and drones. 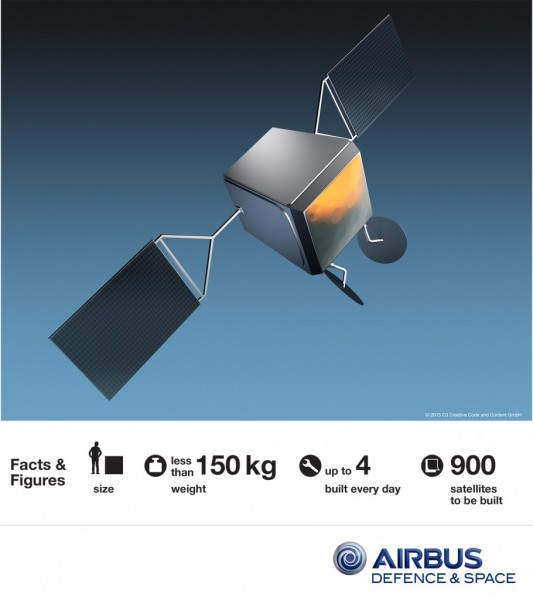 Airbus is set to manufacture 900 OneWeb satellites, with majority of them being manufactured in the U.S.

Joining to the mix is OneWeb, a project involving Qualcomm, Virgin Group which made headlines earlier with its multi-billion dollar plan to bring Internet to every corner of the globe. Which brings us to the announcement from Paris Air Show 2015, where Airbus Defence and Space announced it won a multi-billion dollar deal to build as much as 900 satellites to provide Internet access.

Unlike multi-year projects which build a single satellite over the course of year or two, the sub-150 kilogram (330 pound) satellites for OneWeb will be built in similar fashion as cars and airplanes, albeit inside a stricter environment (clean room 1000 anyone?).

First 10 satellites will be manufactured in Tolouse, France in a facility close to the large manufacturing complex where Airbus makes its planes, while the remaining 890 satellites will be manufactured in a new facility in the United States. This is quite an entrance into the U.S. market, since Boeing Satellite Systems and Lockheed Martin expanded their business in 1990s and 2000s by shifting the production out of the U.S., whereas Airbus is taking advantage of engineering knowledge deeply embedded in the American educational system and continuously expands its U.S. facilities.

It is more than obvious that large players, Google and Facebook – want to move into the entrenched market of telecommunication services and provide access to every human. More eyeballs on screens – more revenue for the giants of search and social networking. While Microsoft and Apple did not make their plans public, sources in the know are saying both companies are regularly hosting consultations with internal task forces involved with building the infrastructure.