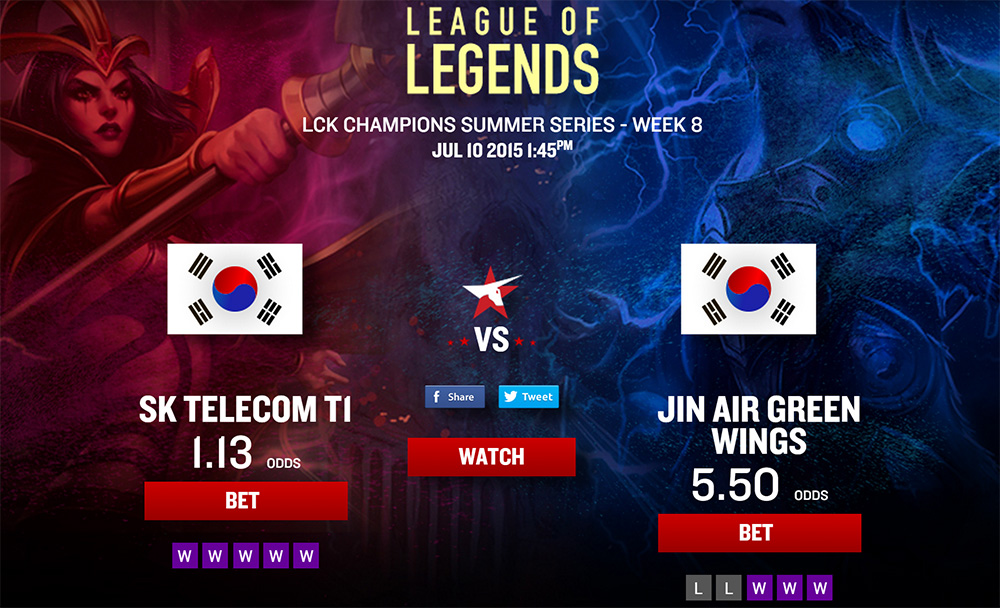 Unikrn Arena for League of Legends. Who is betting on who in eSports?

Following his tenure by running Microsoft’s Venture Capital fund, well-known tech entrepreneur Rahul Sood and his friend Karl Flores started a project of his own, named Unikrn. Recently, the project exit the silent phase and it was revealed that Unikrn is a betting website for – eSports!

With the growth in popularity of eSports, especially in countries like South Korea, Germany or the United States, final matches for games such as League of Legends reach seven and eight figure prize, cementing eSports as an upcoming trend globally. Given that it is a question of time before eSports becomes mainstream – we were not surprised to see Unikrn closing a Series A round lead by Binary Capital, Mark Cuban, Advancit Capital, Freelands Group, 500 Startups, Tabcorp, Indicator Ventures and a few more.

Naturally, when you close such a round, you become a moving target for companies that want to participate in your success by naturally, collecting a check for often dubious services. One such ‘service’ are external press agencies, who alongside marketing agencies represent one of reasons why the tech media is in such a sorry state. Building relationships directly will always resonate better than companies created to blast press releases in emails addressed to thousands of mostly uninterested people.

But what happened to Unikrn goes even past that. Rahul was contacted by a PR agency from United Kingdom which made a pitch so horrendous, it simply had to be brought into the light. Without further adue, here’s Rahul’s three minutes of “what the **** just happened?” or a good candidate for the 2015 edition of “******** pitch you ever heard.”