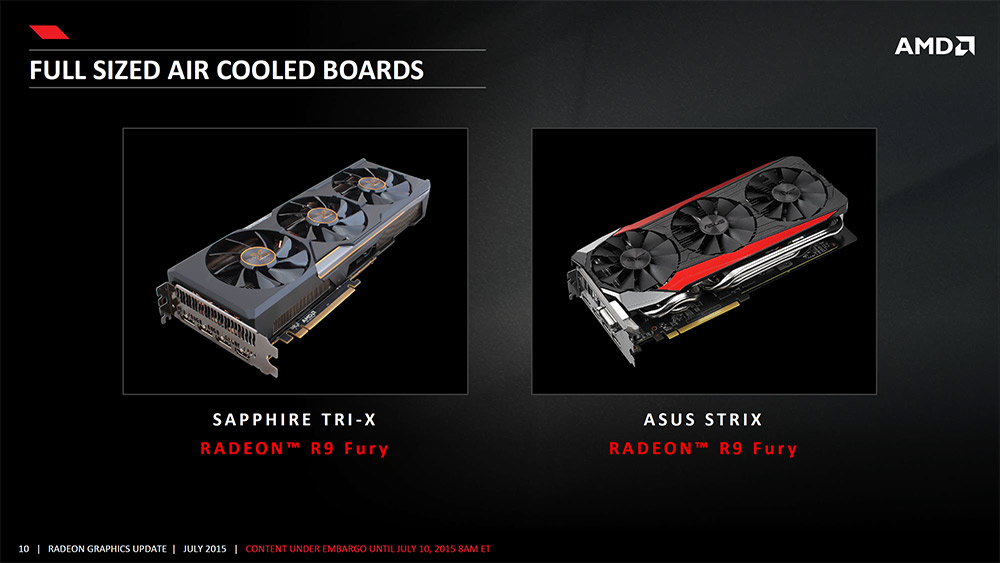 During E3 2015, AMD launched two lines of graphics cards: Radeon 300 Series and Fiji Series. Radeon 300 Series is mostly based on renaming the 200 Series, with boosted hardware (double the memory, increase the clocks) and software (say hello to Frame Rate Target Control and Virtual Super Resolution) capabilities. Fiji GPU is a completely different beast, with no less than five different products: 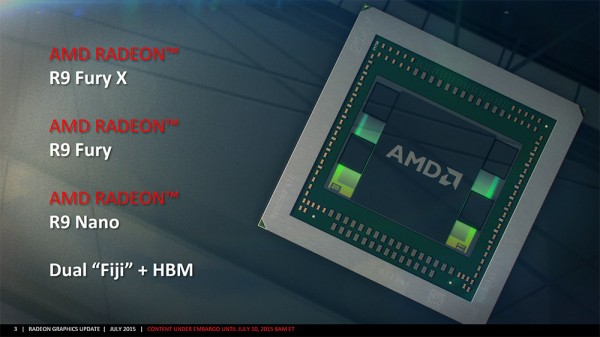 AMD Fiji Lineup is consisted out of five products, one of which is being launched today.

Few weeks ago, AMD launched R9 Fury X, a liquid cooled version. Sadly, the card was only available in very limited volume and we were unable to obtain one for a review. Now, AMD launched the R9 Fury, an air-cooled version which is available through AMD partner network, with ASUS and Sapphire being the first out the door with their custom designs. Compact R9 Nano is scheduled to follow over the course of summer, while the 2015 Holiday season should see the arrival of two products, both based off the same ‘Dual “Fiji” + HBM’ board: Radeon R9 Fury X2 and Project Quantum.

The company made several changes from the first card – R9 Fury comes not just with air-cooling but also brings back the DVI port (on ASUS board only), which was removed from the flagship model. This is not the only change, as you can see on the table below: 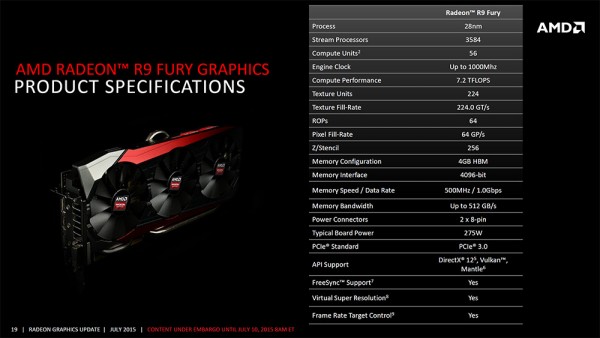 The first thing we can see is that this Fiji-based product comes with 56 enabled Compute Units (CU), while Fury X carries 64 of them. That brought the number of active cores to 3584 (Fury X: 4,096). Texture units also got cut (naturally, as they are a part of CU clusters) to 224, but we are happy to see that AMD did not tinker with the number of Rasterizer units (ROP), with 64 ROP units delivering up to 64 billion pixels per second.

Memory bandwidth remained the same, 512GB/s courtesy of 4,096-bit memory bus, while two 8-pin connectors deliver up to 375 Watts. If you are into overclocking, this should provide plenty of headroom and with some luck, you can overclock the memory by as much as 25%, getting 614.4GB/s bandwidth in the process – as Hardware.Info demonstrated earlier, overclocking the HBM memory to 600MHz.

Should you be interested in an air-cooled, more compact solution for your AMD-powered gaming, you can choose from one of two cards available on the market: 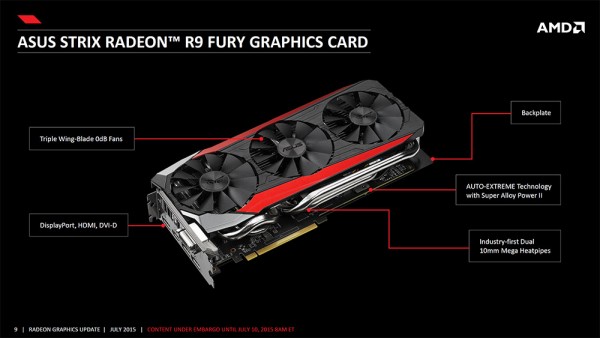 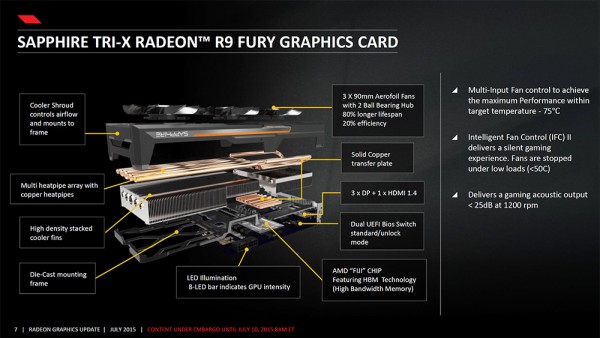 Sapphire Radeon R9 Fury brings interesting cooling solution which extends way past the board itself.

If these boards interest you, you can get them for $549, the same price Nvidia is asking for their GeForce GTX 980 boards. Initial reviews of 3rd party publications confirm AMD’s performance slide deck, where R9 Fury is achieving 4-6% advantage over the aging GTX 980. 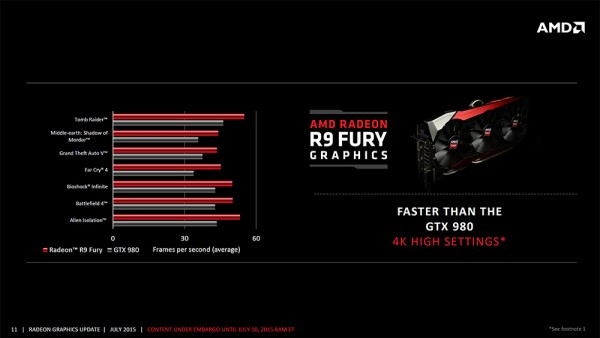