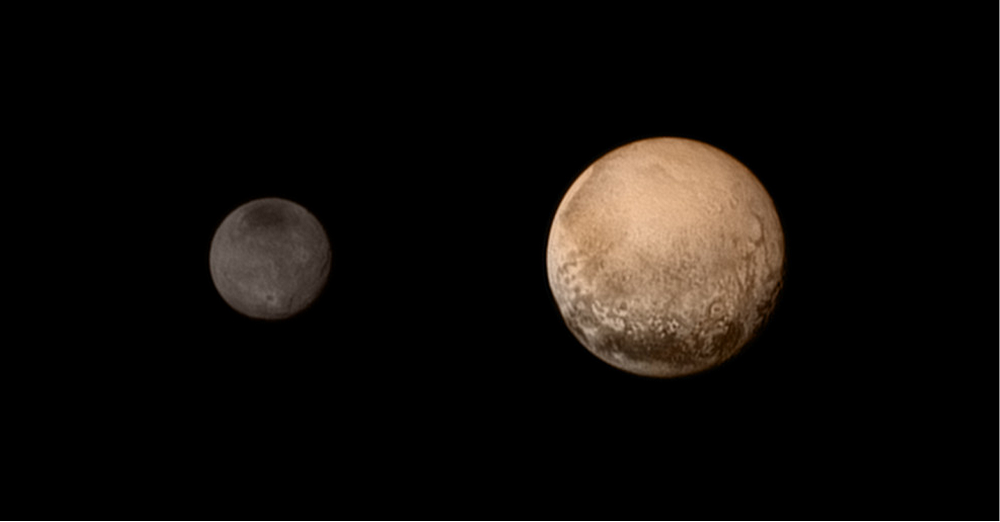 85 years after its discovery, a space object formerly known as the ‘eight planet in the Solar System’ was finally visited and we can now see how Pluto actually looks like. Even though often short-sighted and ego-driven science organizations officially recognize solar system with seven planets and five dwarf planets, there are further 380 dwarf planets pending – and estimated 7,000 objects more in a violent area known as the Kuiper Belt.

This is exactly the goal of NASA’s New Horizons mission, intended to reveal as much as possible. First and foremost, we now know that Pluto is red, not blue or gray, which is what roughly pixelated images showed so far. Next to Pluto lies its largest moon, Charon (officially, Pluto has five moons).

We pay a tribute to brave scientists and researchers at NASA, who pushed for this $700 million mission and finally revealed what Pluto actually is. We recommend you watch these five videos and get up to speed why the New Horizons mission is so important to mankind as a whole.

1) The Mission To Pluto In 1 Minute

4) New Horizons: Passport to Pluto and Beyond – Documentary [HD]

For those wanting to know more, we recommend that you try to get access to National Geographic Channel and catch the newly released Mission Pluto TV series.