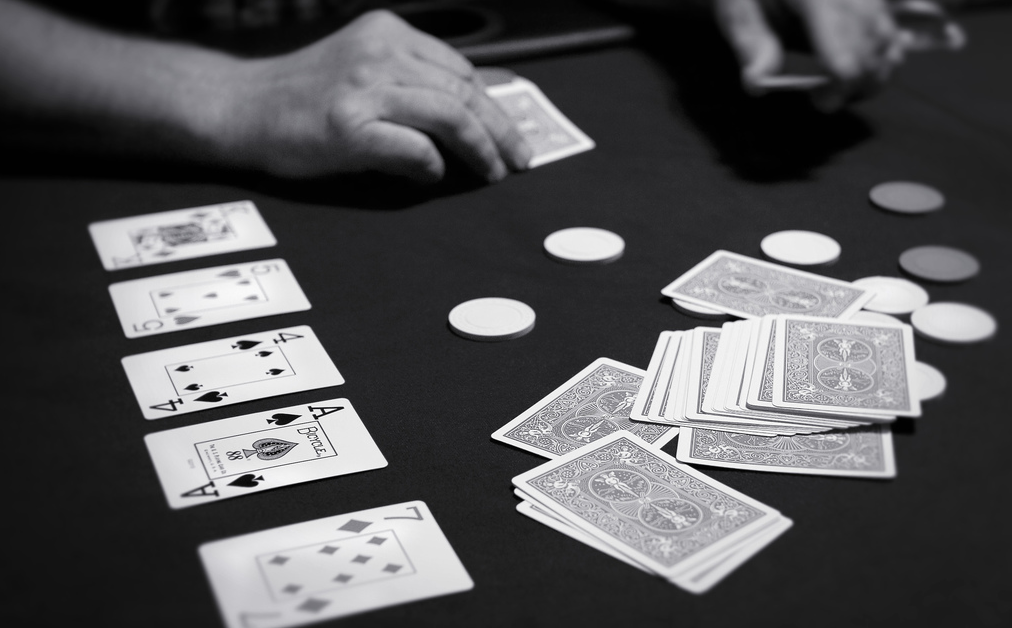 In 2015, however, falling prices and endorsements from the major companies mean that VR is back on the agenda.

Film-makers are using VR to make documentaries, Smithsonian is replicating first flight, gaming manufacturers are eyeing up the possibilities, while Mark Zuckerberg has been busy splashing the cash with a $2 billion Facebook acquisition of the Oculus VR start-up firm – which will come out with a retail product in the first quarter of 2016.

With Virtual Reality back on the menu, could online poker rooms be next to utilize the new tech? Let’s take a look at some of the reasons why you could soon be going all-in at Oculus Rift Poker in the coming years.

Enjoy the experience of visiting a brick ‘n mortar poker room but can’t be bothered to leave the bedroom?

With Virtual Reality (VR), it could all be possible. VR headsets like the Oculus Rift DK2 provide an engaging 3D experience where players fit on visor and headstrap connected to the console or computer. In-built sensors allow the user to move round and interact with their virtual environment.

Soon, poker players could be swinging round to check the tournament leaderboard, size up an opponent’s face to spot a bluff, or riffle chips. (We’re assuming that no VR manufacturers have developed a capable VR masseuse experience yet for poker players.)

The Boy’s Toy of the 21st Century

When the Facebook CEO dipped his hands into his pockets to buy up, it wasn’t just the whim of a billionaire looking to shell out on another boy’s toy. After all, this is a man who’s snapped up WhatsApp and Instagram for megabucks in recent years.

Gaming manufacturers, and gamers themselves, have been keeping a close eye on Oculus VR’s new hardware – the Oculus Rift – to see how and when it can be used for the next generation of video games.

Of course, Facebook isn’t really associated with Call of Duty, Fallout, or the next big MMORPG which would really benefit from some VR interaction; instead, they’re about Candy Crush, FarmVille and a million social casinos to spend virtual and real cash.

“This is just the start. After games we’re going to make Oculus a platform for many other experiences,” Zuckerberg said in 2014.

“Imagine enjoying a courtside seat at a game, studying in a classroom of students and teachers all over the world or consulting with a doctor face-to-face – just by putting on goggles in your home.”

Immersive Poker – Are You All-In?

It’s this vision beyond classic video games that is interesting to poker players, especially with Zuckerberg’s enthusiasm for human interaction.

Imagine sitting across a virtual poker table facing your opponents, looking at the board, and scanning the faces of the other players to spot any physical tells.

Immersive online poker has been attempted, of course, with some manufacturers like PKR and 888poker attempting to inject a little humanity back into an online game that was fast becoming robotic (and if you’re facing a poker ‘bot’ programmed to make betting decisions, literally so). 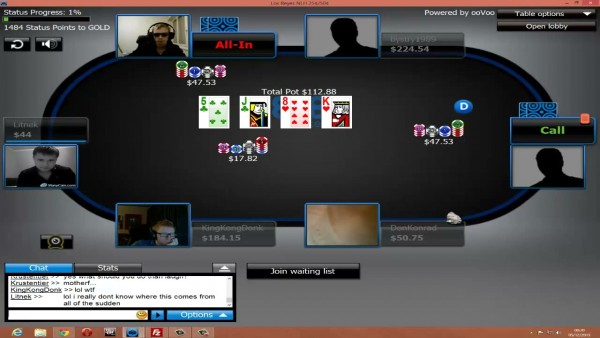 Some online poker providers started to move away from passive representation and bring support for webcams, with plans to expand into VR. Photo Credit: 888poker

888’s ‘Webcam Poker’ is still a tentative success, while PKR’s virtual tables let you choose camera angles, while you can dress your ‘avatar’ in sunglasses and shirts while having them perform chip tricks in between hands. The mobile and iOS versions of the game are also growing in popular, albeit this only offering a 2D experience.

The problem with these ‘immersive’ experiences is that for the more serious online poker players the action is far too slow. ‘Grinders’ bent on making a profit online will cram their widescreen monitors with a dozen or more games at once to increase profitability. Decisions are made on a whim, or ‘auto-selected’; there’s no time to assess your opponents with the VR headset to make decision.

The Future of VR Poker

While some question Facebook’s motives over what Oculus will be used for, a fully-functioning online VR poker room could be years away in any case.

The Oculus Rift is only available to developers at the moment, and no-one’s saying when the headset will be available to consumers. Then again, developers ordered and received over 200,000 development kits, while Google shipped over 1 million of its Cardboard VR units.

Sony have been busy developing their own version, the Project Morpheus VR headset for its PlayStation 4 console, due out in 2016. Elsewhere, the low-cost Google Cardboard and Samsung Gear VR are all vying to change the landscape of gaming.

If VR were to succeed in poker, a tie-up with existing motion-sensor hardware like the Xbox Kinect or Sony Play is a sensible move. That way, cards could virtually be ‘peeked at’, chips ruffled and tossed in, and cards mucked after a bad hand.

And we could certainly see fun poker games emerge first if the video game manufacturers are keen. For now, though, it’s back to the online grind and a 2D avatar for the millions of poker players stuck in front of their laptop screens the world over.