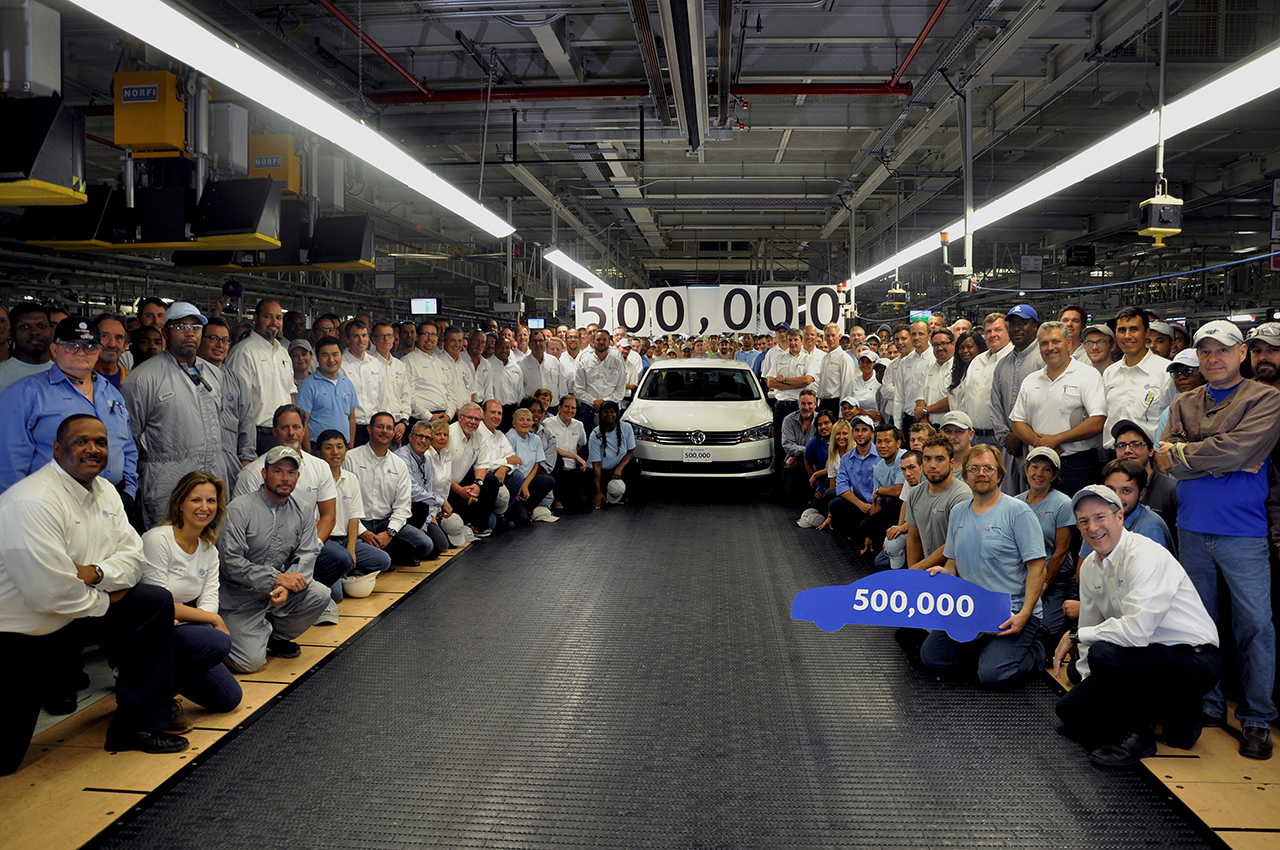 In an impressive feat the Volkswagen factory in Chattanooga has produced the 500,000th Passat a few days ago! The Chattanooga plant is the world’s first and only LEED Platinum certified factory. Leadership in Energy and Environmental Design (LEED) is a set of rating systems for the design, construction, operation, and maintenance of green buildings, homes, and neighborhoods. This means that the plant is abiding to some of the highest ecological and enviromental standards.

The VW Passat that is the celebration piece is a Candy White Limited Edition, with black interior, keyless access with pushbutton start, a rearview camera, heated seats, a 170 horsepower, 1.8 liter turbo engine, premium radio and 17 inch alloy ‘Sonoma’ wheels. Basically it’s what we’ve used from the Passat overall and it features a car that offers a lot of space, decent performance and rather comfort oriented drive nature and interior.

“Our Passat has raised the bar on what Americans can expect from a mid-size sedan and the 500,000th car was built with the same passion for detail as the first,” Christian Koch, President and CEO of Volkswagen Chattanooga. “I’m proud of our team and excited about new products on the horizon in this factory,” Koch said.

Volkswagen Chattanooga is currently undertaking a $900 million expansion to add a second model to the Chattanooga line. The expansion will add 2,000 jobs, the North American Engineering and Planning Center and will produce a 7-seat, midsize SUV.

“Built in Chattanooga, Tenn., the Volkswagen Passat embodies the spirit of America and continues to play a key role in the brand’s U.S. growth strategy,” said Michael Horn, president and CEO, Volkswagen Group of America. “We are very proud of the team at Volkswagen Chattanooga and congratulate them on reaching the milestone of producing the 500,000th Passat.”

The event will be commemorated on Volkswagen Chattanooga’s Facebook, Twitter and Instagram accounts, as the construction of the car was followed from body shop, to paint and finally to the assembly shop and those images will be released throughout the day. 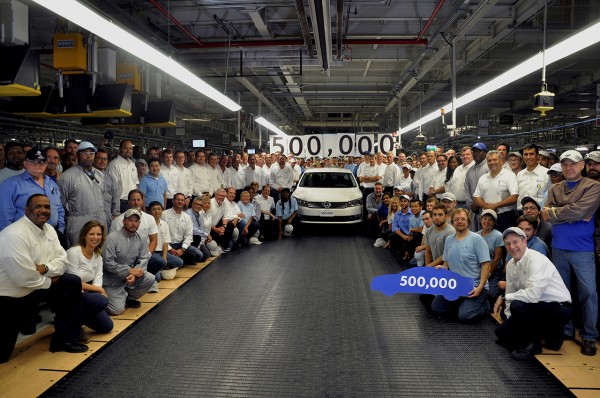