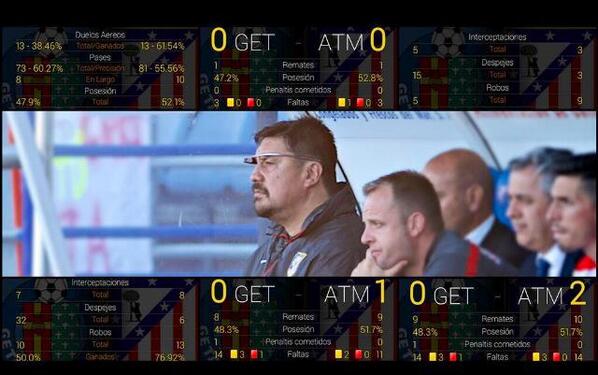 We all know sports are not what they used to be. For good or bad, they’ve changed for good. Behind the scenes, every move from an athlete is monitored and analyzed. Directly in front of us we can watch them on multiple cameras, with almost every stat imaginable.

Sports are seeing a huge switch to using technology to ensure the games are played fairly and efficiently. Goal-line technology has snuck into the world of soccer, Hawk-Eye is an essential tool on the tennis court, and hole card cams revolutionized the game of poker when they were introduced in the late 1990s.

No matter what tech in sports is becoming bigger and bigger, but for some people it’s ruining the game. After all a controversial goal in soccer is no longer debatable in a local bar, because goal-line technology is ruling it out. But with so much money revolving around sports, it’s essential.

Where in sports did technology had the biggest impact? We take a look at just where the digital world has made the difference… 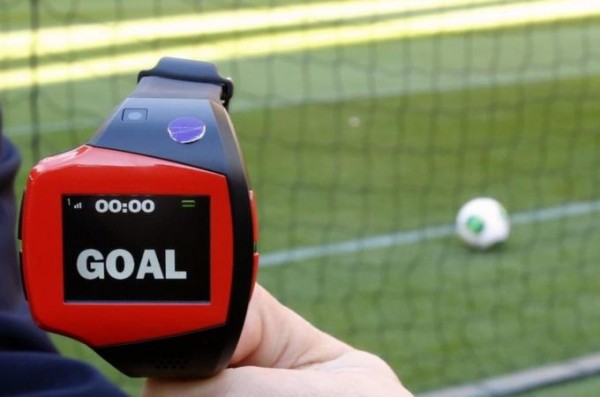 One of the most controversial yet important additions of technology has been in soccer. For many years it was ignored by FIFA despite the need and game-changing prospects it had. It was Frank Lampard’s phantom goal against Germany in the World Cup Round of 16 which changed things for Sep Blatter, when his shot crossed the line but the referee failed to give a goal. By the 2014 tournament FIFA had introduced the technology, whilst the Premier League in England adopted Hawk-Eye technology in 2013.

The first decision it affected was a goal for Manchester City, with the technology suggesting Edin Dzeko’s shot against Cardiff City crossed the line. It’s since been introduced in Germany and is likely to be implemented into a number of other top leagues as it advances. 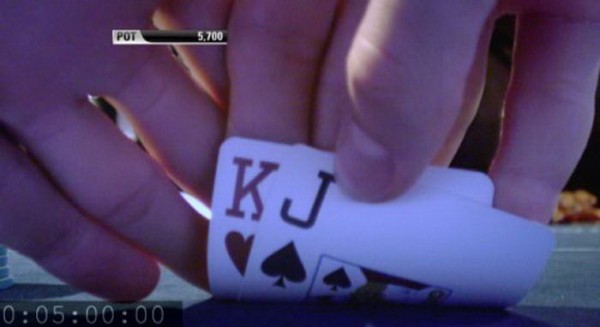 There perhaps is not sport that’s changed more than poker when it comes to technology. The game changed dramatically in the late 1990s when British television Channel 4 used it in the show Late Night Poker, giving viewers the chance to see the cards professional players were holding.

This helped transform the game, increasing its popularity tenfold and encouraging many to take up the sport. Today, that number of players is huge, with millions playing online every day, which is hugely demanding on networks.

Large data centers are allowing the game to be played by the masses with the likes of PokerStars having huge technical infrastructures.

The brand runs around 3,500 tournaments daily, and behind the scenes at their data center there are hundreds and hundreds of servers to ensure play is smooth for players all over the world.

It logs every hand that’s ever been dealt – now beyond 128 billion – providing the best possible service for players. 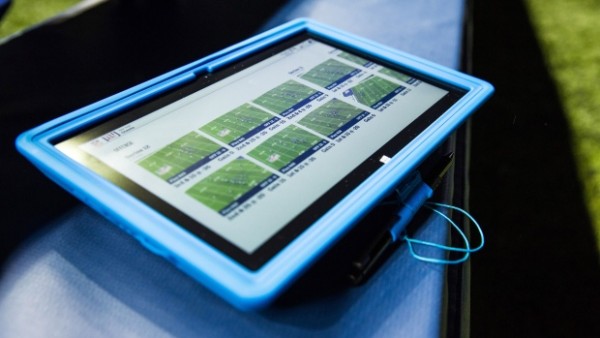 Technology over the years has changed almost every aspect of football. Gone are the days where plays would be scrawled on a notebook or the back of a cigarette packet. Now we’re seeing tablets on the sidelines, and in some cases even Google Glass.

Behind the scenes it’s more important than ever as analytics become more and more detailed.

Today, you’ll find RFIDs – radio-frequency identification transmitters to you and me – tucked inside shoulder pads, tracking real-time movement of their stars. Partnering with Zebra Technologies, the system keeps an eye on speed and distances, keeping track of all information to decide effective workout routines alongside reducing any injuries their players may pick up. Still in its infancy, only 18 stadiums used the technology last season, but it’s likely to be a huge game changer for the sport, giving insight into each player.

However, it’s not just the teams being tracked. Jill Stelfox, Vice President of Location Solutions, the area of Zebra Technologies which runs the system said, “We track the chains – the down and distance markers – we track the referee, and in the Pro Bowl we actually tracked the ball.” 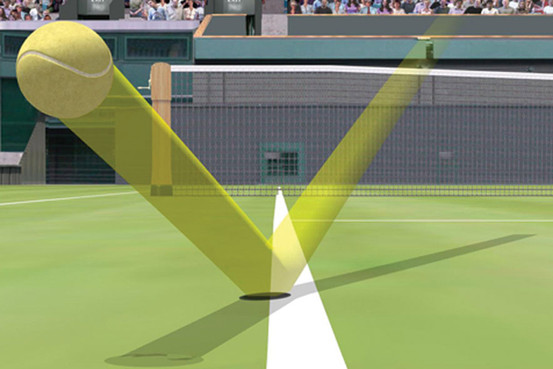 Tennis has long been ahead of the game when it comes to adopting technology. Hawk-Eye has been with the sport since 2006 and has set the precedent for other sports to follow.

The technology came around following the 2004 US Open when Serena Williams’ Quarter Final loss to Jennifer Capriati involved a controversial decision against the new Wimbledon champion, prompting an Auto-Ref system to be looked into. Hawk-Eye landed at the same competition just two years later and has been a staple in all major tournaments ever since. 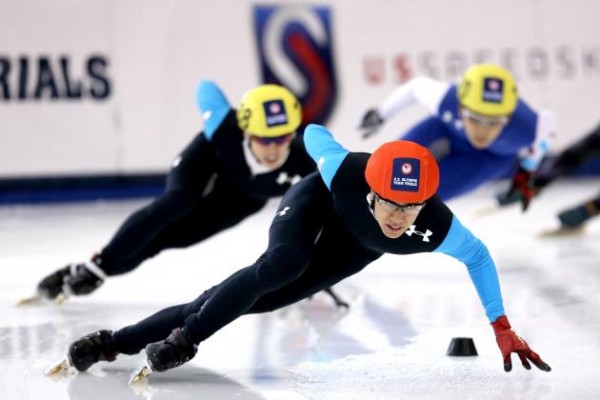 We have to wait four years for the Olympics to come round, and each time technology has enhanced dramatically. Interestingly, it’s not just in the likes of video, analysis, and coverage either. The most recent Games came in 2014 during the winter edition in Sochi. Beyond the obvious high-tech editions and capabilities, it was in fact team uniforms which were making the headlines.

The United States Speed Skating team took to the ice wearing highly detailed suits, using polyurethane which blocks airflow at certain parts of the body. Using the same technology Hollywood directors use to create masterpieces like Avatar, the Under Armour team – the brand that made the suit – monitored athletes as they raced around the rink, eventually coming up with the Mach 39 suit.

For years, the world’s biggest brands have been influential in how sports changes for the better, and when it comes to the Summer Olympics, perhaps the most revolutionary changes are in the pool. 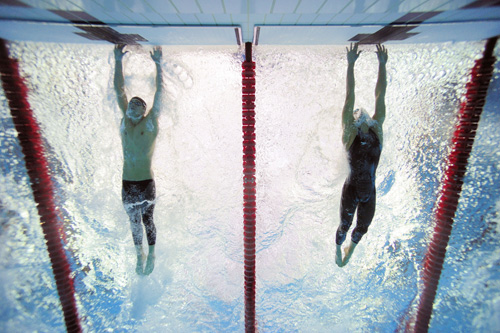 Omega has had a long standing relationship with the Olympic Games, providing accurate timing on the world’s biggest stage. But when it comes to swimming, there’s no such thing as a photo finish, and the splashing of water as Michael Phelps comes pacing towards the finish line makes it a little difficult to pick a winner.

Back in 1968 – honed considerably since – the use of ‘contact pads’ have been in operation for Olympic swims, and has got to the point where the pads can register a time difference of one-hundredth of a second, incidentally the time difference Phelps needed to set a new 100-metre butterfly record in during the 2008 Games in Beijing.

The impact that technology has had on sports is truly phenomenal. Even for simple games which only require a racket and a ball or a pack of cards, we’ve seen significant improvements for the better. It’s made games more secure, decisions more reliable and, most importantly, better for us as spectators to watch.

And what’s more, at every tournament or competition there are new ideas to make them bigger and better. Who knows what the 2024 Olympics will hold? Where will soccer by in five years’ time? We can already qualify for the largest poker tournaments in the world online; what’s next?

Sports are constantly in a technological revolution. Viva la revolution.