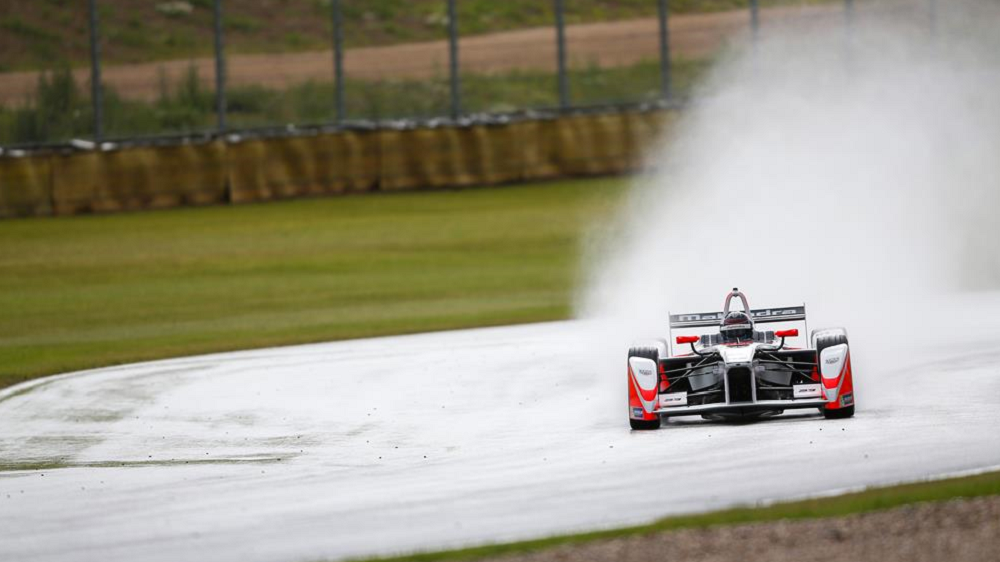 Rain hit testing at Donington, in what was a typical british summer day.

In 2014, a new category of motor racing launched, and gathered as much traction as controversy. Formula E, brainchild of Alejandro Agag and backed by FIA – launched in a 10 round championship which ended with a brilliant double-header race in the middle of London, at Battersea Park. Over 60,000 people showed up to se the last race, and over 1.9 million people watched it in UK alone.

Given that 60,000 viewers were more that some F1 races experienced, expectations are really high in preparations for the second season, where many restrictions were lifted off and eight of ten teams are now competing as constructors. Unlike F1, Formula E fully embraced social media, such as YouTube, and Twitter. In fact, you could even influence the race, deciding which drivers get the FanBoost, a 30kW (41hp) five second boost during the race. In the upcoming 2015/16 season, FanBoost will even move to an in-race voting system.

However, all the efforts you put in social media cannot fulfill the void if the product is crap, and first Formula E season was anything but, as you can see in the video below:

For 2015/16, many changes are ahead, with teams now being allowed to make their own motors and electronics. The initial results are more than promising. In the inaugural test of the new, 2015/16 cars showed that they will be much faster than the first generation of cars. In 2014, first day of testing saw Sebastian Buemi going around the Donington Park circuit in 1:35:475s in his e.dams. Last day of testing saw Lucas di Grassi in Audi Sport ABT achieving 1:31:973s. 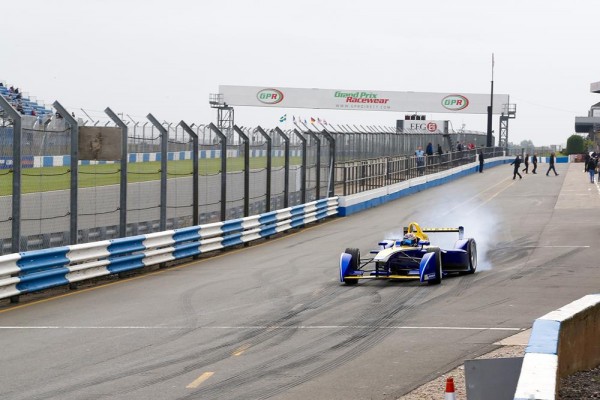 This year, situation is quite different. First day of 2015 testing saw Sebastian Buemi going 1:32:095s in his Renault e.dams. That was 3.4 seconds faster than last year, while Lucas di Grassi made sure he concluded the 2015 Test with the fastest time on the last day. The time his ABT Schaeffler Audi Sport achieved on a drying track was 1:29:920s, first lap ever under 90 seconds.

Formula E has two distinct modes of available energy, 150kW race mode, and 200kW Qualifying mode. As the name says, first mode is for the duration of the whole race, while second mode is ‘full on’ and can only be used in qualifying – and you can view simplified time comparison between the two:

First Formula E season featured a lot of overtakes and in all honesty, even though the sound was different when compared to other branches of motorsport, the general audience recognized the sport and the arrival of new sponsors should bode well for the racing.

Unlike last year, teams will gather for the second test as well, taking place on August 24-25. If the weather plays ball, we could see even lower results, as only three teams managed to do qualifying simulation. Next race will occur on October 17th, 2015 in Beijing, China.