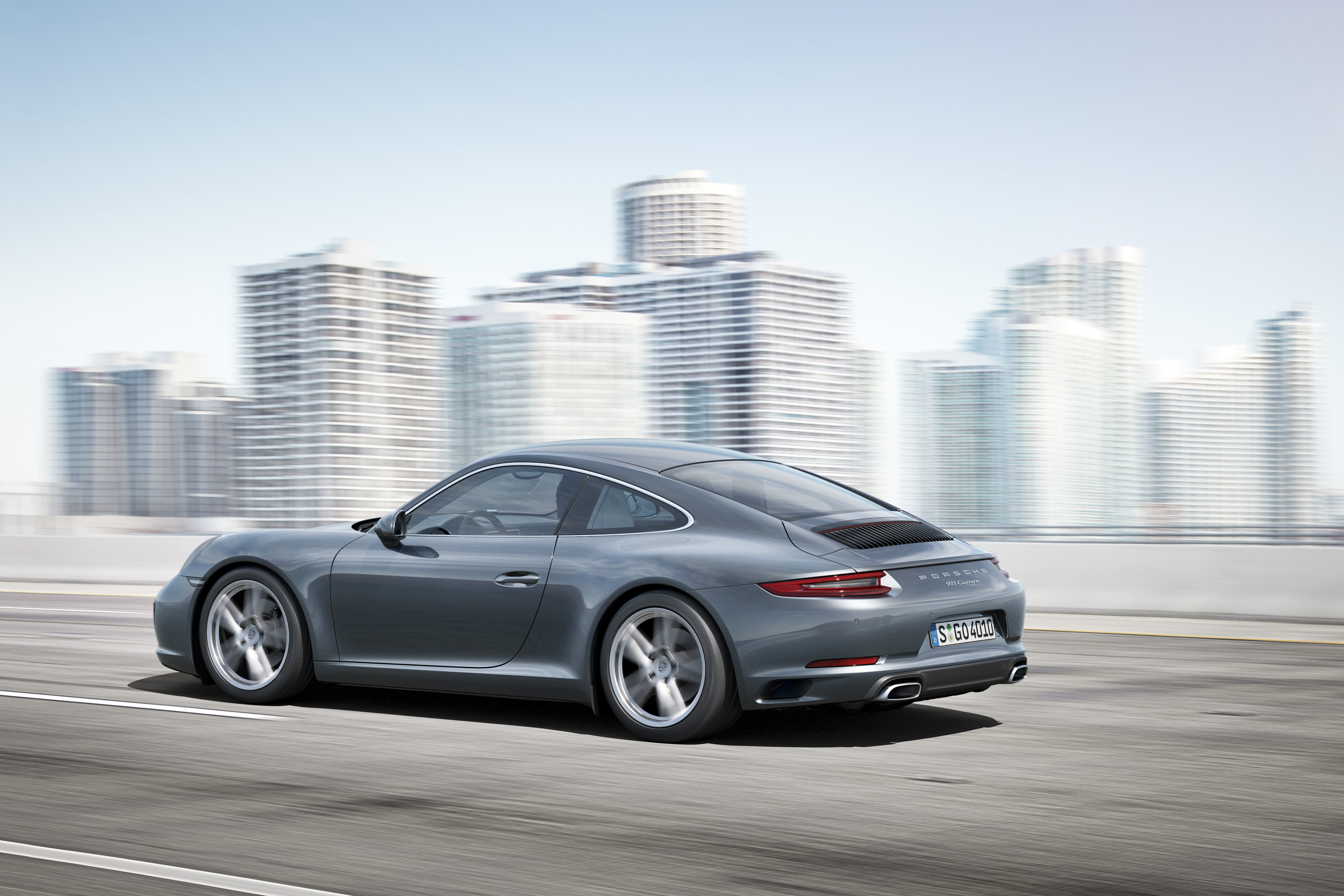 With its world premiere headed for the IAA Frankfurt, the refreshed seventh generation Porsche 911 Carrera (991 series) should represent an epic showcase of efficiency, technological advancement, engine development and design curation. Innovative flat-six engines derived from four decades of turbocharging should allow the new Porsche ‘991’ Carrera to be the most powerful 911s ever released, but also to provide breathtaking yet fuel efficient performance (because you cannot sell a car in Europe unless you bang on the green drum), wrapped up in daily driving machines catered to the most demanding ownership base as well.

991 refresh brings a 911 Carrera will receive many new advancements. For example, this is the first time that Porsche introduced rear-axle steering on a Carrera, yielding better cornering speed and better track performance, adding to the sporty appeal of these models. These improvements reduce the lap time on the North Loop of the Nürburgring to just 7 minutes and 30 seconds, making it 10 seconds faster than the previous Carrera S. Quite the perfect solution for a racetrack beast, masked as a daily driver, isn’t it? 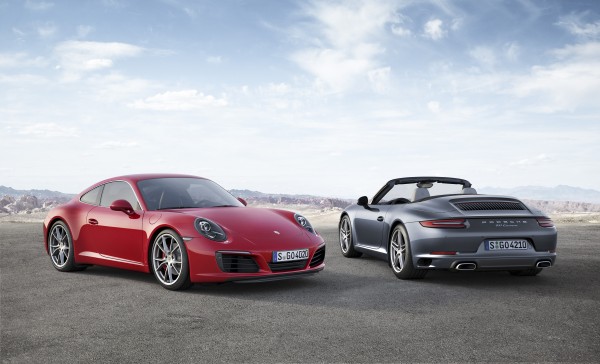 New turbocharged engines: 20 horsepower increase, reduced fuel consumption
40 years after the first Turbo-charged engine was introduced with the 930 Turbo, Porsche is ditching atmospheric engines – from now on, only twin-turbo technology is offered. By providing a 20 hp increase compared to the previous models, Porsche hopes this boost will increase your driving experience. The baseline 3.0 liter engine in the 911 Carrera now develops 370 hp. Using turbochargers with modified compressor wheels, a model-specific exhaust system, and a different tune for the engine management system, the 911 Carrera S delivers 420 hp from the same displacement. The new Porsche 911 Carrera and Carrera S engines are characterized by significantly increased torque. Offering from 449 Nm (331 lb.-ft.) to 499 Nm (368 lb.-ft.), from 1,700 rpm up to 5,000 rpm, both powertrains supply generous torque over a broad powerband. Reaching up to 7,500 rpm, the new engine generation also maintains relatively high engine speeds for a turbocharged powertrain, accompanied by the familiar Porsche sound.

Traditionally, a new 911 offers enhanced performance and efficiency compared to the predecessor. Depending on the model variant, the new engines are almost twelve percent more efficient compared to the previous generation according to the New European Drive Cycle (NEDC). EPA ratings will be available at a later date.

The new 911 models also boast impressive performance: the 911 Carrera Coupé with PDK (Porsche-Doppelkupplung i.e. double clutch gearbox) and Sport Chrono Package sprints from zero to 60 / 96 kph miles per hour in 4.0 seconds – making it two tenths of a second faster than its predecessor. The 911 Carrera S with PDK and Sport Chrono Package needs just 3.7 seconds (also 0.2 s faster). Both models reach higher top track speeds: the 911 Carrera is now able to reach 295 kph (183 mph), while the 911 Carrera S can achieve up to 307 kph (191 mph). In a breakaway move from the trend that all new sport cars do not offer a manual transmission, all new Carreras come with a manual seven-speed transmission as standard (PDK is extra $3,200). 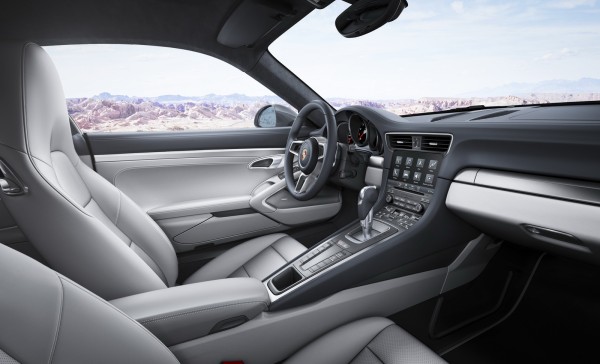 When equipped with the optional Sport Chrono Package, the 911 Carrera now comes with a mode switch on the steering wheel, derived from the hybrid map switch in the 918 Spyder. The mode switch consists of a rotary dial with four positions for the driving modes Normal, Sport, Sport Plus, and Individual. Depending on the optional equipment installed in the car, the Individual setting allows drivers to configure their own specific vehicle set-up for the chassis, Auto Start/Stop system, PDK shifting strategy, and Sport Exhaust System. On models equipped with the PDK transmission, the mode switch has a “Sport Response” button, which pre-conditions the drivetrain for maximum acceleration.

A standard feature: reengineered PASM with chassis lowered by ten millimeters
The uniqueness of the 911 Carrera stems from its ability to blend refined everyday comfort with exceptional performance. On the new generation, Porsche has increased the dynamic capability even further than before. The revised PASM chassis (Porsche Active Suspension Management), which lowers the ride height by ten millimeters, is a standard feature. It helps improve driver control during fast cornering. New shock absorbers enhance comfort thanks to an even more precise response characteristic and improved body control during spirited driving.

New standard wheels with five twin spokes are equipped with tires that offer reduced rolling resistance and enhanced grip. Furthermore, the width of the rear rims has been increased by 0.5 to 11.5 inches on all variants. The rear tires of the 911 Carrera S now measure 305 instead of 295 millimeters in width. 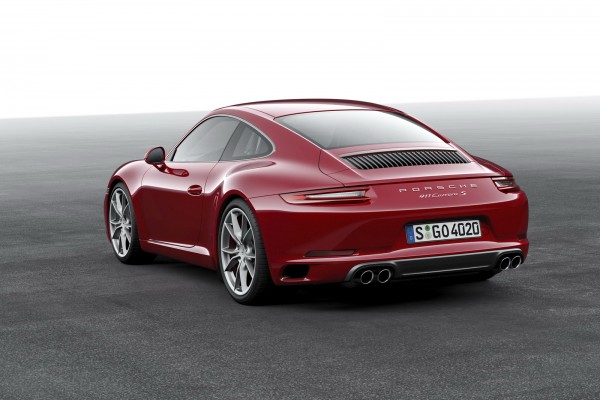 Rear-axle steering is available as an option for the 911 Carrera S, adopted from the current 911 Turbo and 911 GT3. It further enhances the turn-in behavior of the 911. Additionally, it increases driving precision when changing lanes at higher speeds. At the same time, it ensures greater maneuverability in city traffic thanks to a turning radius that is 1.6 feet smaller than without this option. The improved handling is transmitted to the driver via the new steering wheel generation with a design based on the steering wheel from the 918 Spyder. For enhanced everyday practicality, Porsche offers an optional electro-hydraulic lift system with lifting cylinders that are integrated into the front axle struts. At the touch of a button, the ground clearance at the front axle is increased by 40 millimeters within 5 seconds. This is particularly useful when clearing speed bumps or steep driveways. 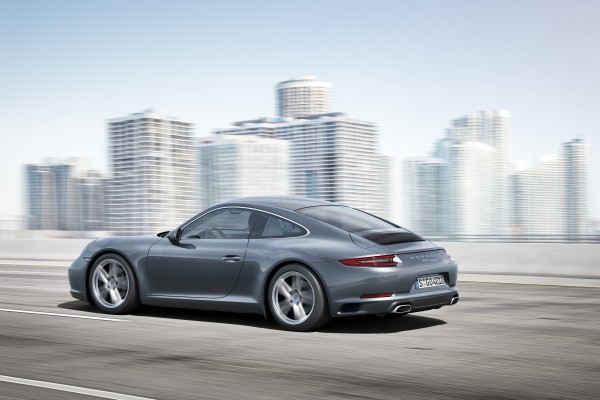 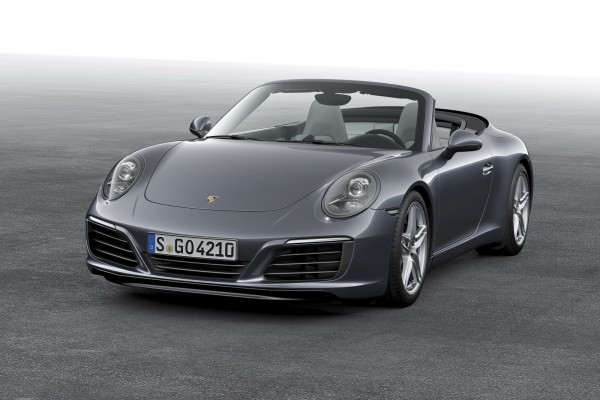 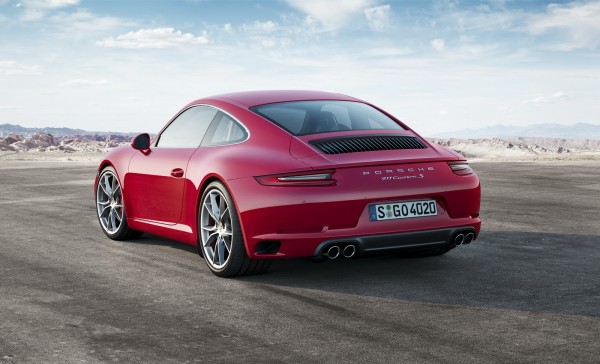 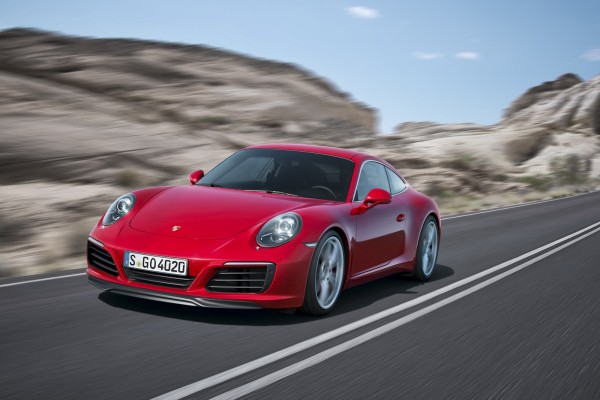 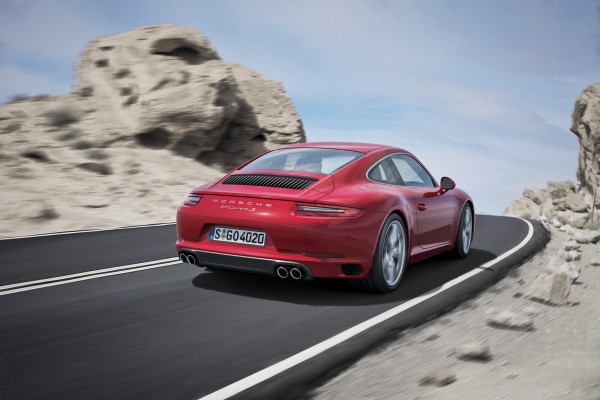 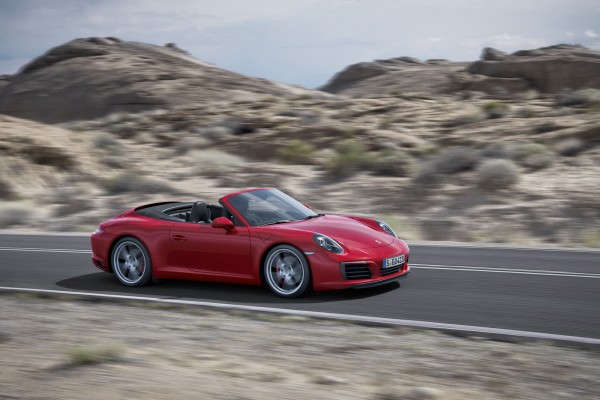