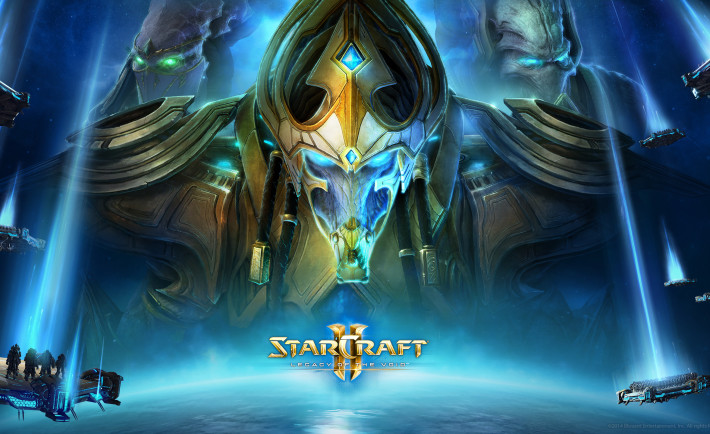 The final chapter in the Starcraft II game series comes tomorrow. called Legacy of the Void. It will come after Wings of Liberty and Heart of the Swarm, occurring after them chronologically, thus beginning immediately after the ending of Heart of the Swarm. It was planned to be released as an expansion pack. However, it will actually now be released as an independent installment, not requiring StarCraft II to run. It will be available for both PC and MAC OS X users, giving both platforms a taste of this great game this way.

You are Hierarch Artanis, leader of the mighty protoss race. Years ago, your homeworld of Aiur fell to the merciless zerg Swarm. Now, at long last, you have raised a powerful fleet of warships known as the Golden Armada, and are poised to reclaim your world. But an ancient evil—Amon—threatens this destiny and the fate of the entire galaxy. Only you can reunite the protoss factions and defeat the coming darkness before it consumes all life in the sector. This is the upcoming itteration of the amazing world of Stacraft and its coming tomorrow!

The next expansion for the highly popular RTS game comes on 10th of November and brings a lot of new and interesting additions. You will be able to control several new multplayer units and command an army to conquer your enemies. For everyone that likes Starcraft, the Legacy of The Void is surely a coveted piece in the franchise history. Many of us grew up with this gaming series so this is a release you surely don’t wanna miss. The game becomes available tomorrow, so check out the full intro cinematic video before that and enjoy some cool Starcraft footage while you wait for the game to be released.