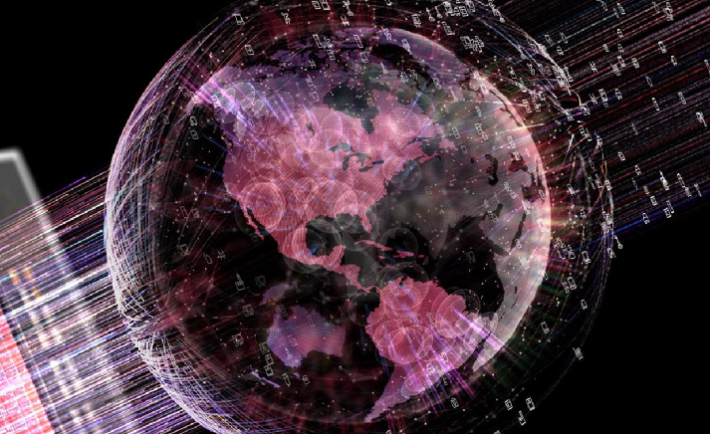 “FinFET technology is expected to play a critical foundational role across multiple AMD product lines, starting in 2016. GLOBALFOUNDRIES has worked tirelessly to reach this key milestone on its 14LPP process. We look forward to GLOBALFOUNDRIES’ continued progress towards full production readiness and expect to leverage the advanced 14LPP process technology across a broad set of our CPU, APU, and GPU products,” said Mark Papermaster, Senior Vice President and Chief Technology Officer at Advanced Micro Devices.

According to our sources, the company focused and pushed with development of GlobalFoundries 14nm process from the get go. In January 2015, their 14nm process “was successfully qualified for volume production, while achieving yield targets on lead customer products.” Furthermore, “The performance-enhanced version of the technology (14LPP) was qualified in the third quarter of 2015, with the early ramp occurring in the fourth quarter of 2015 and full-scale production set for (early) 2016.”

Behind the cryptic talk, lies AMD decision to ‘double down’ in its complicated relationship with GlobalFoundries, which went from being great (after all, GlobalFoundries was a spinoff of AMD foundries) to disastrous, when then AMD’s failed CEO Thomas Seifert (now CFO at Symantec) invoked a clause which resulted in a $500 million cash penalty, which AMD had to pay GlobalFoundries, almost bankrupting the company in the process. Luckily for AMD, Thomas was soon shown the door, with Rory Read and latter, Lisa Su getting the post to lead the path of recovery. 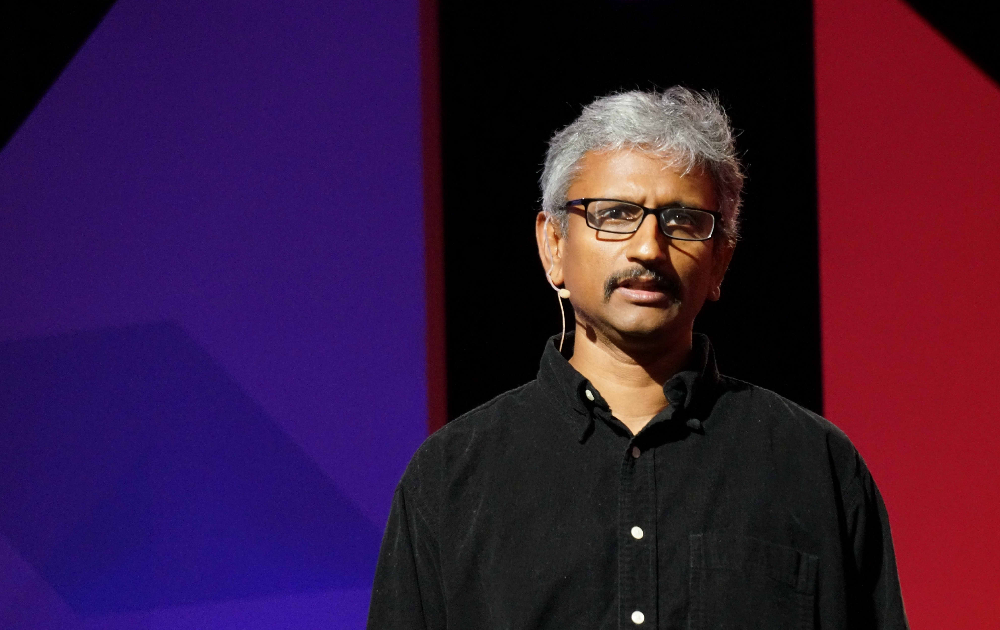 So, what did AMD taped out? In a recent conversation with Forbes, Raja Koduri, head of graphics spinoff Radeon Technologies Group (RTG) disclosed that “RTG will need to execute on their architectural designs and create brand new GPUs, something that Advanced Micro Devices has struggled with lately. He promised two brand new GPUs in 2016,” followed by their plan to “make Advanced Micro Devices more power and die size competitive.”

Thus, we have at least two GPUs coming from AMD, being mainstream (Baffin / Ellesmere) and high-end (Greenland) members of Arctic Island GPU family, as low-end is now integrated inside AMD’s APU (Accelerated Processing Units). According to unconfirmed rumors, the company also tapped out first prototypes carrying Zen architecture, which is still more than a year away. Given that Zen effectively changes AMD / RTG from top to bottom, it will be interesting to see when the company can deploy multi-TFLOPS APUs based on Zen x86 architecture and Greenland GPU architecture.

AMD Goes “Made in America”

The ‘double down’ on GlobalFoundries resulted in AMD’s switch from TSMC to GlobalFoundries for its next-generation GPUs, which will utilize a more advanced process node than their main competitor, NVIDIA. Also, AMD has a slight advantage with time zones, as GlobalFoundries developed and deployed then 14nm FinFET process in its Fab 8 facility in New York state, which is where AMD will produce all of the taped out parts. 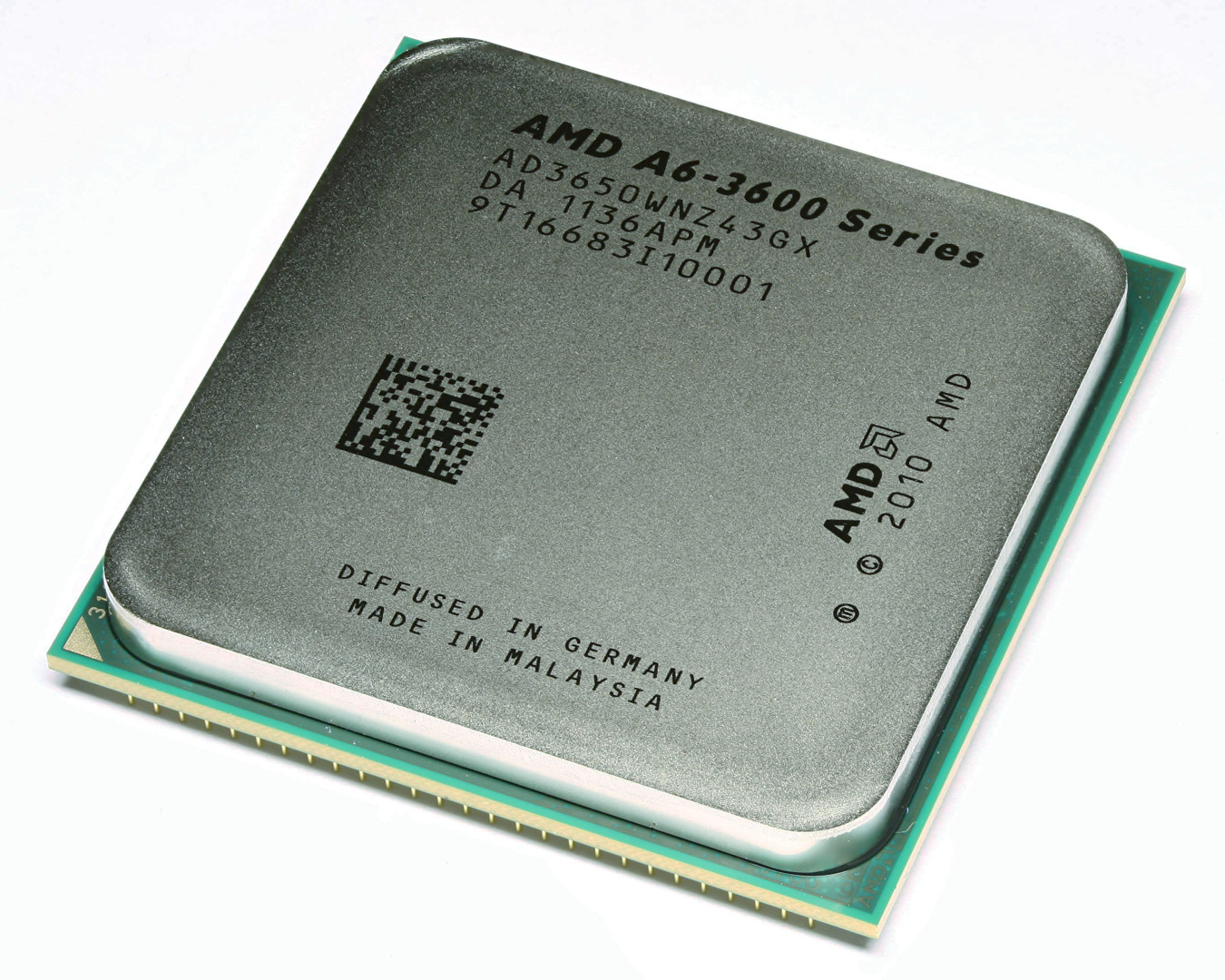 “Diffused in Germany, Made in Malaysia” marking on AMD Fusion A6-3600 APU (first product to do so). All future 14nm processors are expected to carry “Diffused in United States” marking.

In the end, key question is – what Greenland GPU will be? Even if Greenland would be nothing more than an improved Fiji GPU in a new process, going from 28nm to 14nm would bring the power down in the 40-50% range. Our sources are saying this is far from being the case, which was confirmed when Lisa Su, CEO of AMD stated: “We are also focused on delivering our next generation GPUs in 2016 which is going to improve performance per watt by two times compared to our current offerings, based on design and architectural enhancements as well as advanced FinFET products process technology.” The statement came during the last quarterly earnings call. 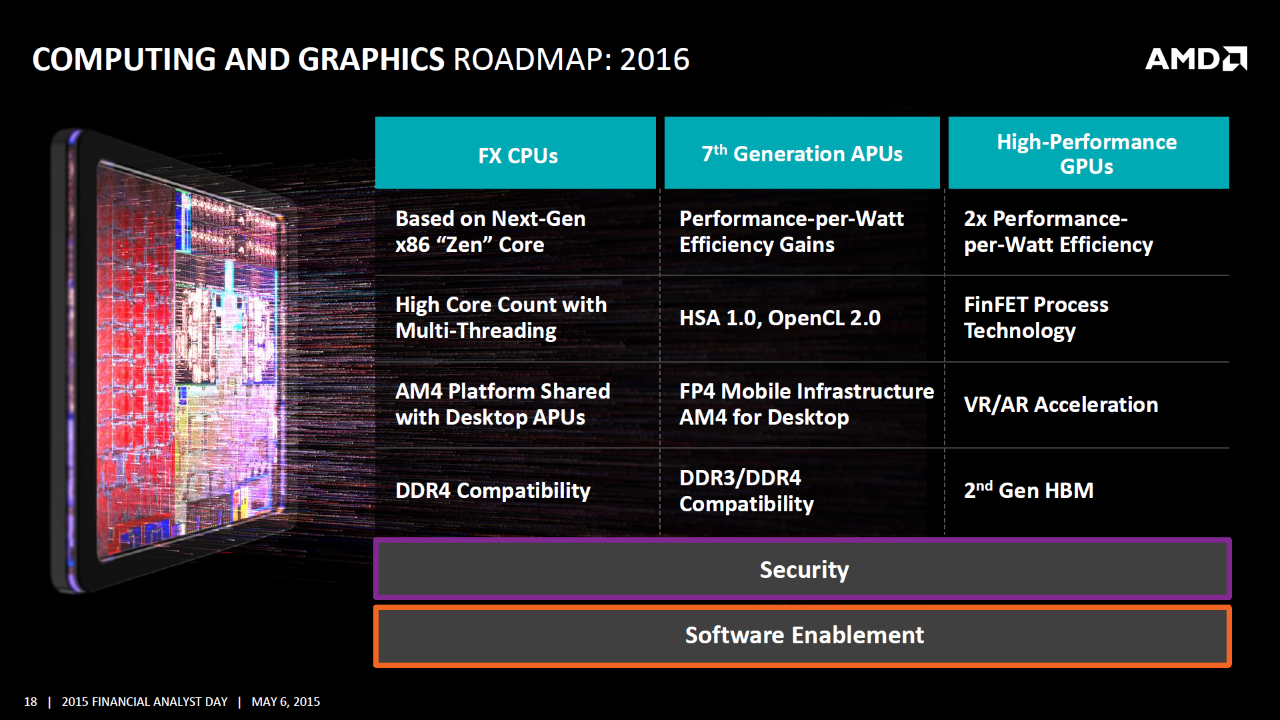 AMD Roadmap clearly defines 2016 as the year of adopting the 14nm FinFET process and radical improvement in performance/watt.

After almost reaching transistor/FLOP parity with Fiji (8.9 billion transistors, 8.6 TFLOPS), Greenland is expected to go pass that mark. We expect to see an 15+ billion transistor part (first 10+ billion monolithic chip in the world), connected to 16 and 32GB HBM2 memory, in single and dual-GPU configuration. The board design comes from what the company learned delivering revolutionary R9 Nano and the upcoming R9 Fury X2 (codenamed Gemini).

In terms of internal architecture, we’re dealing with a new beast. While Fiji was a refined Hawaii GPU, offering improvement efficiency of the old units and HBM memory, Greenland offers new micro-architecture, and should not be considered a member of GCN (Graphics Core Next) family by default. Unlike current lineup of GCN 1.0, 1.1, 1.2 chips, Arctic Islands is either ‘GCN 2.0’, or a new marketing name is on the way. After all, in 2016, GCN naming will be five years old, and feature ‘only’ three iterations (depending on do you consider Bonaire XT / Fiji XT the same brethren, or Fiji being named GCN 1.3). 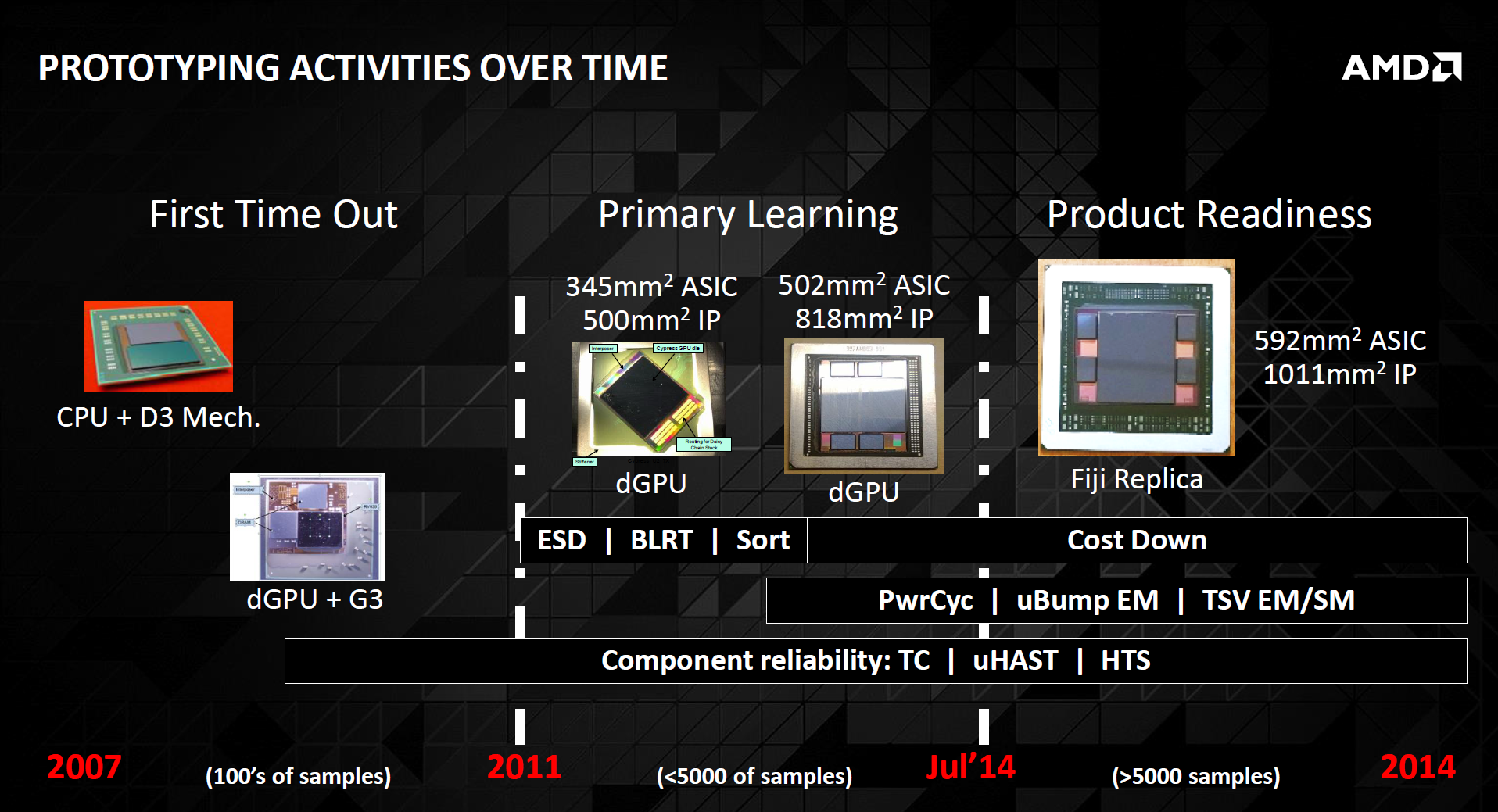 In just a few months, the market will see AMD Greenland facing NVIDIA Pascal, which is also getting HBM2 memory. However, NVIDIA is not the only one, as Intel Knights Landing architecture arrives as a stand-alone Xeon Phi workstation product as well. Our sources repeatedly said that AMD learned a great deal in developing both HBM memory and GDDR5X (memory for more affordable graphics cards), and that their goal is to ‘knock the ball out of park’ when it comes to offering superior compute capabilities (AMD GPUs perform double-precision operations at half the clock, just like AMD and Intel x86 processors, unlike NVIDIA GPUs). We are not in liberty of disclosing the targeted raw performance of the part – as it is too early to say, given that ‘speed binning’ is not taking place yet. But even if the company hits significant thermal/yield issues, it should have no problem beating Intel’s Knights Landing by a factor of two.

“Intel is perhaps the biggest ‘fraud’ in history of semiconductor industry,” one of our sources said. “They convinced the whole world they’re a logic company, while in fact they are a memory company that attaches logic to it.”  Riposte was simple – ‘that attached logic is so good your founder copied it.’ Getting back on track, there is some truth to it. Seeing an architectural diagram of Knights Landing reveals very large L1 (2.3MB) and absolutely massive 36MB of L2 cache, which is bound to take a huge chunk of the die – with the logic once more being on the smaller side. Knights Landing is claimed to achieve 6 TFLOPS of Single Precision and 3 TFLOPS of Double Precision. AMD Fiji achieves 8.6 TFLOPS Single Precision, and locks the Double Precision to 1/16 rate – something which professional parts have unlocked. In case of unlocked Fiji, you would have 4.3 TFLOPS of double precision. With Greenland, AMD plans to offer professional products for the servers and workstations, with a completely new lineup. Then again, bear in mind that NVIDIA’s latest, Maxwell-based Tesla products also come with castrated DP performance, achieving less than one fourth of what Fiji can deliver today.

Do bear in mind that AMD Greenland is intended to hook up to a new Server chip, codenamed Zeppelin. This is a multi-chip module (MCM) server (and hopefully workstation/high-end desktop) processor which will bring support for DDR4-3200 memory, targeting memory bandwidth exceeding 100GB/s, communicating with the Greenland GPU through a faster bus than what PCI Express can give, with its paltry 16GB/s bi-directional bandwidth. Is this a resurrection of Torrenza, a socketed, multi-chip HyperTransport initiative, remains to be seen.

With a manufacturing advantage over NVIDIA (14nm vs 16nm), and compute advantage over both NVIDIA and Intel, it looks like the only thing preventing AMD from being a runaway success is AMD itself. We have had our fair share of bad experiences with the company, and loosing already won deals, walking away from business opportunities which ended earning millions to their competitors.

If AMD (finally) acts smart, Fiji could be treated as an announcement, and Arctic Islands / Zen-based processing beasts for the world of Augmented and Virtual Reality, the company might have a shot of becoming very profitable in 2016 and 2017 – making their stock undervalued beyond belief.

If they drop the ball (again), with misguided investments such as Mantle, they will have nobody to blame but themselves. For the sake of competition, we hope to see killer parts based on Zen and Arctic Island architectures.