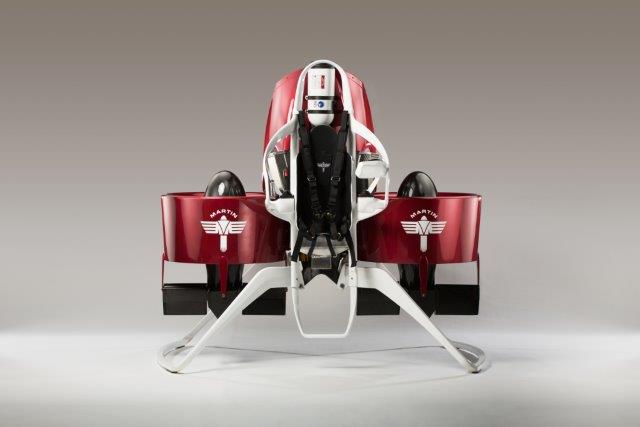 Peter Coker, Chief Executive Officer and Managing Director of Martin Aircraft, innovative New Zealand aerospace company is finally making progress on what many thought it was impossible – to develop and manufacture a personal jetpack, enabling a single person to experience flight like never before. Martin Aircraft spent years in development of a ‘jetpack’, and while many considered it a vaporware, past couple of weeks saw the public debut at the Dubai Airshow and – test flights which go into higher altitudes.

Recent tests added maneuverability, which go hand in hand with the achieved flight test that saw P12.3 prototype reaching 5000 feet above sea level, or 1.5 kilometers. There is still a long way to go before the product arrives on market, but the interest shown by emergency services in the United Arab Emirates, show that not too far in the future, Emergency Services such as Police Immediate Response, Fire Emergency Service, Medical Emergency Services – might be recruiting officer pilots, and doctor pilots which would be able to reach much sooner than using the conventional roads.

While the identity of first customer is not known at this point in time, Martin Aircraft told us that the company is looking to deliver first production units in about a year, at the tail end of 2016. Following the commercialization through police / fire / medical services, consumers should eventually get their hands on personal jetpacks.

The price is currently set at approximately $200,000, which is less than most of supercars on the market, and performance is quite impressive:

V4 engine powers two ducted fans, thus this should be not classified as a jetpack, rather a personal aircraft.