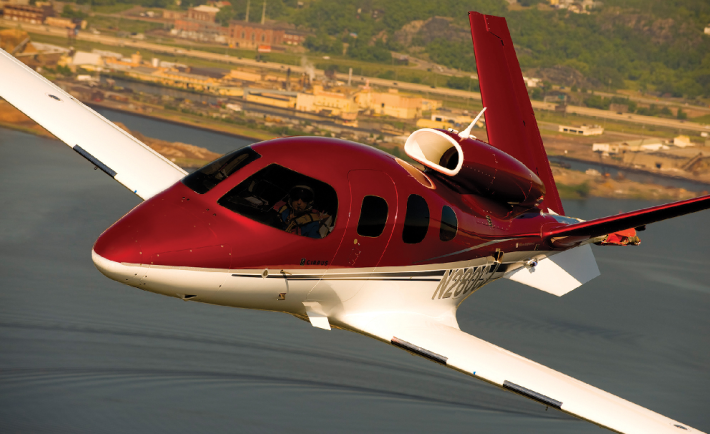 Ever wanted to fly a jet engine powered aircraft? If your career was not set into becoming a commercial or a military pilot, you could only dream of getting your hands behind the steering yoke or flightstick of a plane costing into tens and even hundreds of millions of dollars. Not kidding here, world’s largest airplane, Airbus A380-800 goes for 428 million USD, and that’s without those four engines beneath its wings. Airbus’s realistic entry level plane, the A320-200 goes for 97 million. Without engines, of course.

Those prices are just crazy, so what do you do? Do you dig deep into X-Plane and Flight Simulator and think of how it would be cool to fly a jet engine aircraft… well, that dilemma is getting busted by none other than Cirrus Aircraft. Creators of the fantastic SR22 airplane, which introduced a lot of new technology and made the Cessna 172 the dinosaur it really is – wanted more. And that more is Vision SF50. Single-jet engine, pressurized cabin, and all-carbon fiber plus other light-weight aluminum / titanium materials are bringing innovation to the pricing level never seen before. The price for the aircraft is set at 1.5x the SR22 price, meaning it will set you back for 1.96 million USD. While expensive, it offers much higher performance than anything in its class. Well, if you can call a single member of the class – class. This is general aviation at its best.

Watch the seven minute video below, and enjoy the flight.