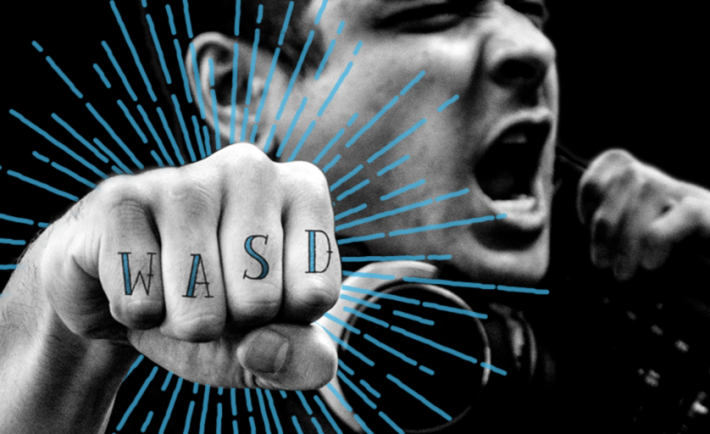 Gaming is one of largest, if not becoming the largest form of entertainment, and last several years witnessed the rebirth of PC gaming, as gaming consoles cannot keep up with the system demands of new games. As such, the way to advertise to new audiences is shifting, with a barrier of entry becoming so attractive that anyone with the right mindset and dedication can do it.

Over a decade ago, I met Jonathan Wendel, who went on to become a first pro-gamer to earn over a million dollars, and creating a successful collaboration with different hardware vendors with his ‘Fatal1ty’ brand (Abit, ASRock, Creative Labs, OCZ etc.). Now, OCZ Storage Solutions, a subsidiary of Toshiba wants to enable gamers to come in force and become content producers themselves, showcasing their skill on OCZ hardware through OCZ Gaming community.

The company opened OCZ Streamer Sponsorship Program, where interested gamers can apply. If you’re into streaming your gameplay and commenting it through online services such as Twitch, you should head over and apply for one of four tiers, all of which come with different perks (and obligations). 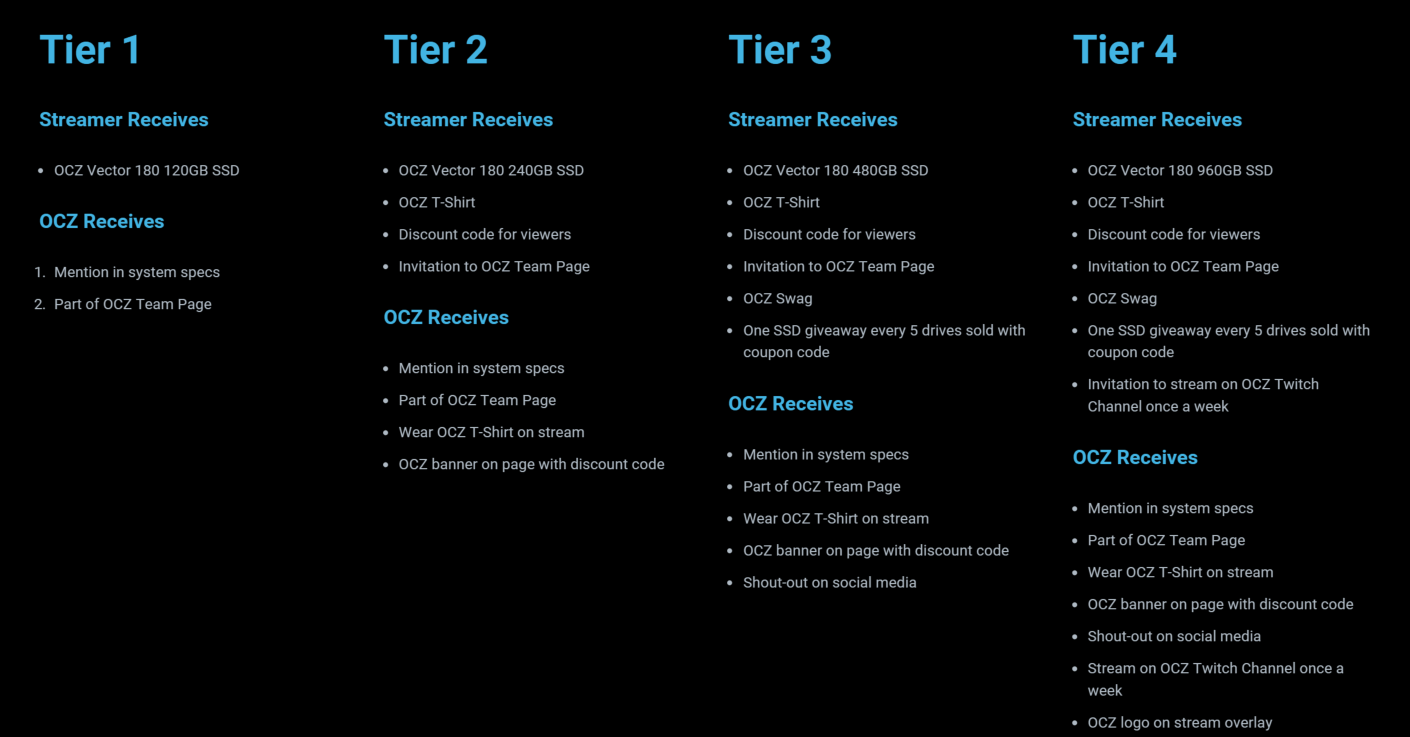 Tier 1 should be an easy one to satisfy, with selected streamers receiving a Vector 180 Series 120GB SSD, and all you need to do is mention OCZ brand in system specs and become a part of OCZ Team Page. Top tier receives a 960GB SSD, T-Shirt, Discount code for the viewers, swag, OCZ giveaway with every five drives sold with the coupon code and many more. With the arrival of VR headsets and VR gaming, new opportunity arises for many gamers worldwide. OCZ currently features six Twitch streamers on their Streamer Team. The question is, are you interested to take on this challenge?