Facebook often claims they are the largest social network in the world. Even though there are many non-humans on the list (pets), the undeniable fact is that Facebook has more people using its services than there are people living in China. If we would extrapolate the numbers of social media users and real world countries, we would get quite an interesting list.

Thus, we decided to compile data from Wikipedia, showing the list of citizens in largest countries in the world, and an August 2015 report from We Are Social, a British-based analyst firm which focuses on tracking trends in the world of social media. The results may surprise you.

Out of 20 ‘countries’ and ‘e-countries’, only five are physical countries. This clearly shows that social media and social networks tore boarders among different countries, and probably in the next 10 years we will see a start of virtual residencies and perhaps even virtual citizenships. One such program started on December 1, 2014 when Estonia introduced e-residency.  E-Residency is bringing a nice ‘top up’ to the state budget, and is now approaching the figure of almost 10,000 – enough to become 16th largest city in the country. This list now continues from 10th to 20th place. 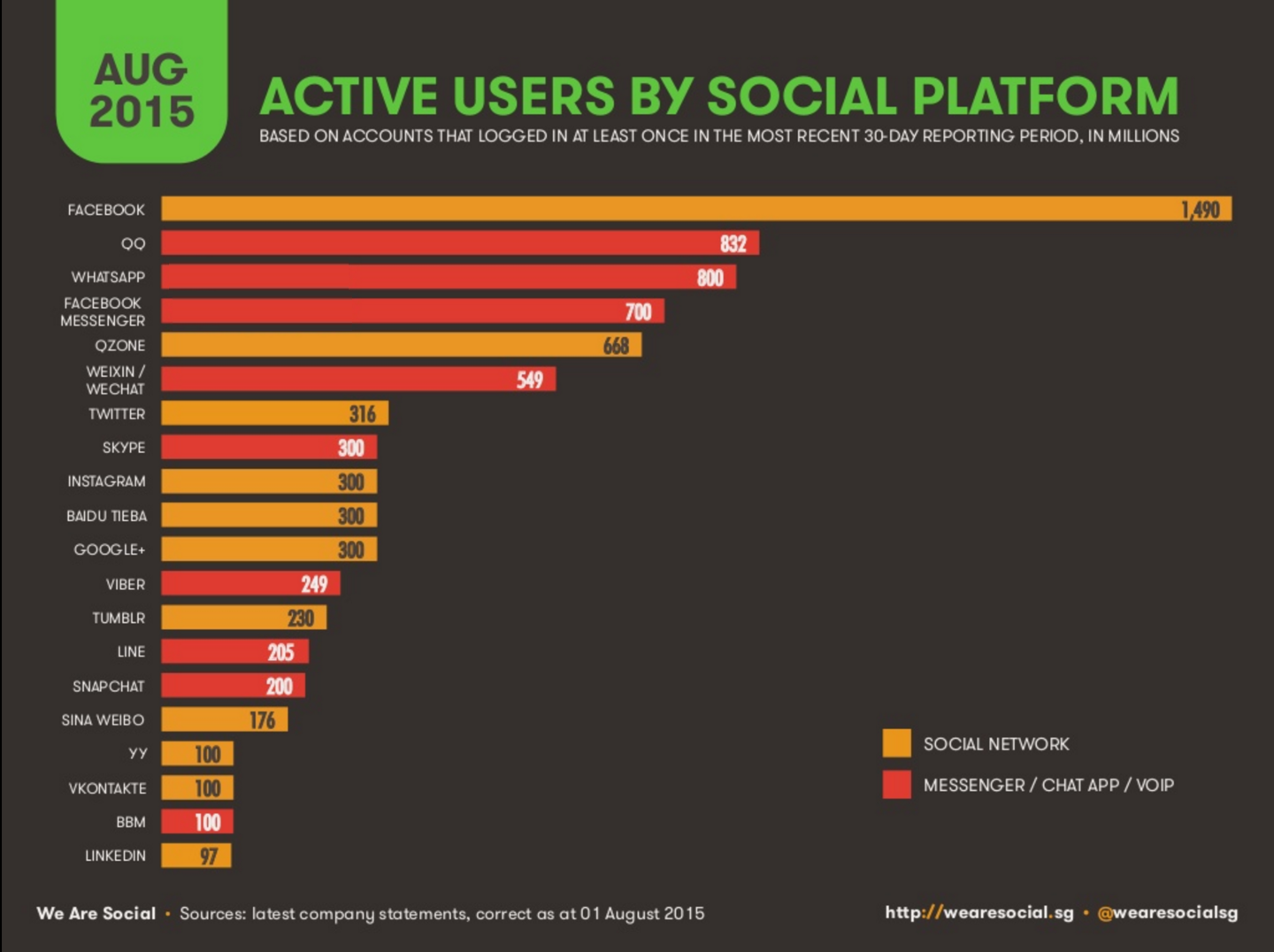 Should you notice that we made an error or omitted someone, please get back to us.