Path of product development is often less-than-glamorous. Engineers spend thousands of working hours to improve the initial prototypes and quite often, path to great design is paved with less-than-stellar prototypes. A good example is AMD’s concept PC for VR Gaming.

AMD’s CEO, Lisa Su told VR World: “When I saw the (Project Quantum) prototype system for the first time, I was far from being impressed. It looked so bad with wires and cables that I was wondering why are we spending our time on that project. It was Chris (Hook, AMD / RTG Director of Global Marketing) that convinced me to give engineers time to complete the project. When the final prototype was shown, it looked amazing and was the best concept design we did in ages.”

For engineers, showing the prototype to the executive team is a nerve biting moment, as it requires that the executive team needs to have faith that the final product will be. In case of AMD and HTC, both companies have ‘bet the farm’ on Virtual Reality. AMD moved to spin off its graphics division into Radeon Technologies Group, while HTC’s VR spin-off is still unannounced and might not happen at all – however, the company did form a separate unit inside HTC to lead the VR development.

Thanks to Shen Ye, we managed to get a look into how HTC’s first Virtual Reality product came to be. Unlike Oculus, collaboration between Valve Corporation and HTC only started some 16 months ago, and it took less than six months to make first prototypes, and less than a year to develop a market ready version of ‘The Complete VR Experience,’ as Valve calls their Steam VR platform.

A lot has changed in the past year. pic.twitter.com/8Lx8hyBqSc

In the pictures from Shen’s tweet, you can see the evolution from the prototypes to the production units, starting with the HMD (Head-Mounted Display). Sensors are now symmetric, and the straps are now more comfortable for long term wearing: 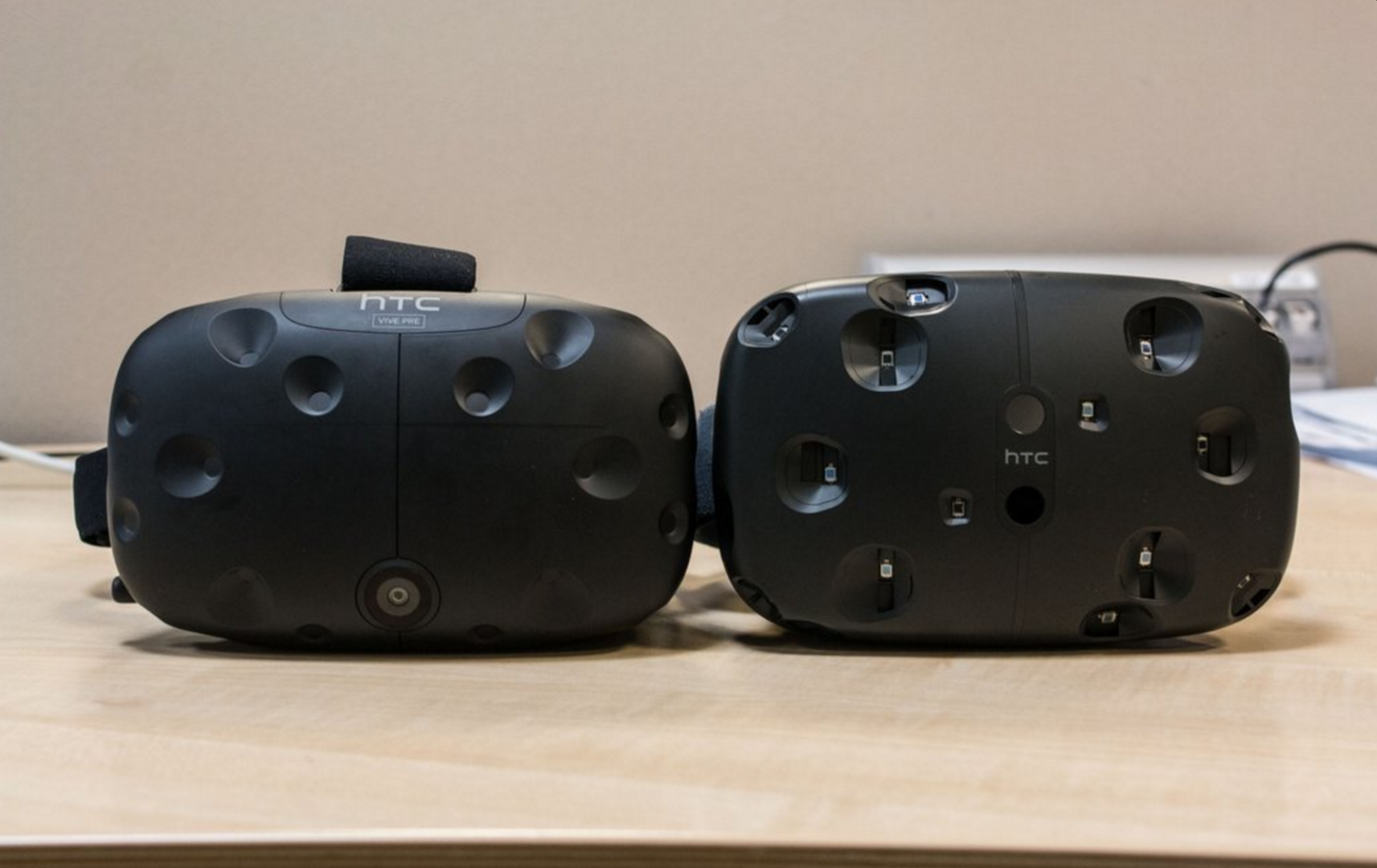 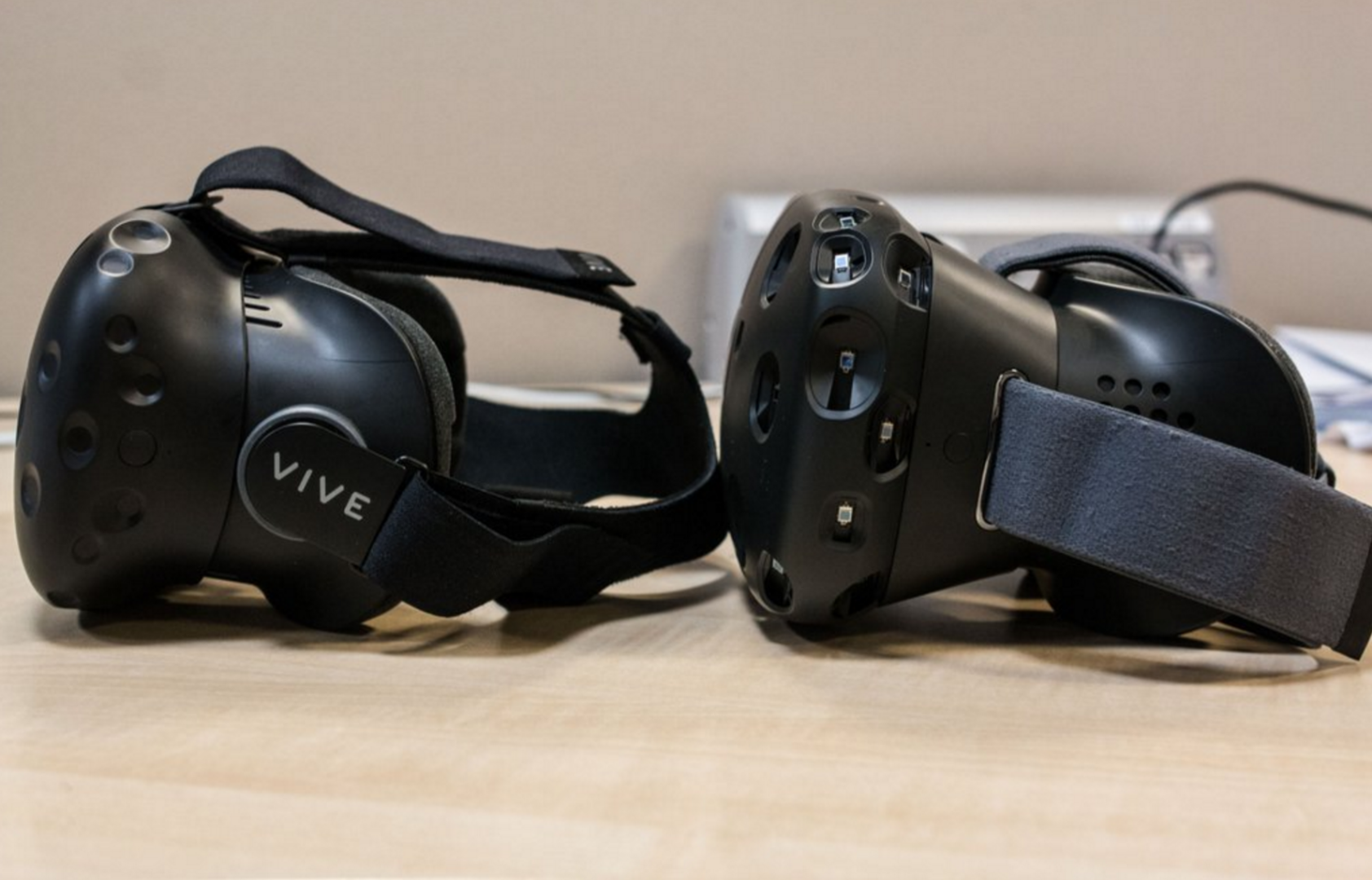 Looking sideways, change in strap design and reduction in HMD body should result in a more comfortable wearing experience.

HMD part of Vive Pre is not the only thing that went ‘on a diet’. Just a look at the controllers clearly shows how HTC and Vive evolved the Lighthouse sensor concept from a hexagonal ‘head’ or ‘crown’ into a more streamlined circular design which carries improved performance, as the company balanced the number of sensors needed for optimal position tracking and production look. Gone is the PC beige color of the base, as well as the ‘red button’. Over the past year, we experienced all three controllers and one must say that the final design represents a significant step forward, especially when compared to Oculus’es Half-Moon controllers. Each HTC Vive Pre will ship with two identical controllers, and users can customize them for left or right handed. 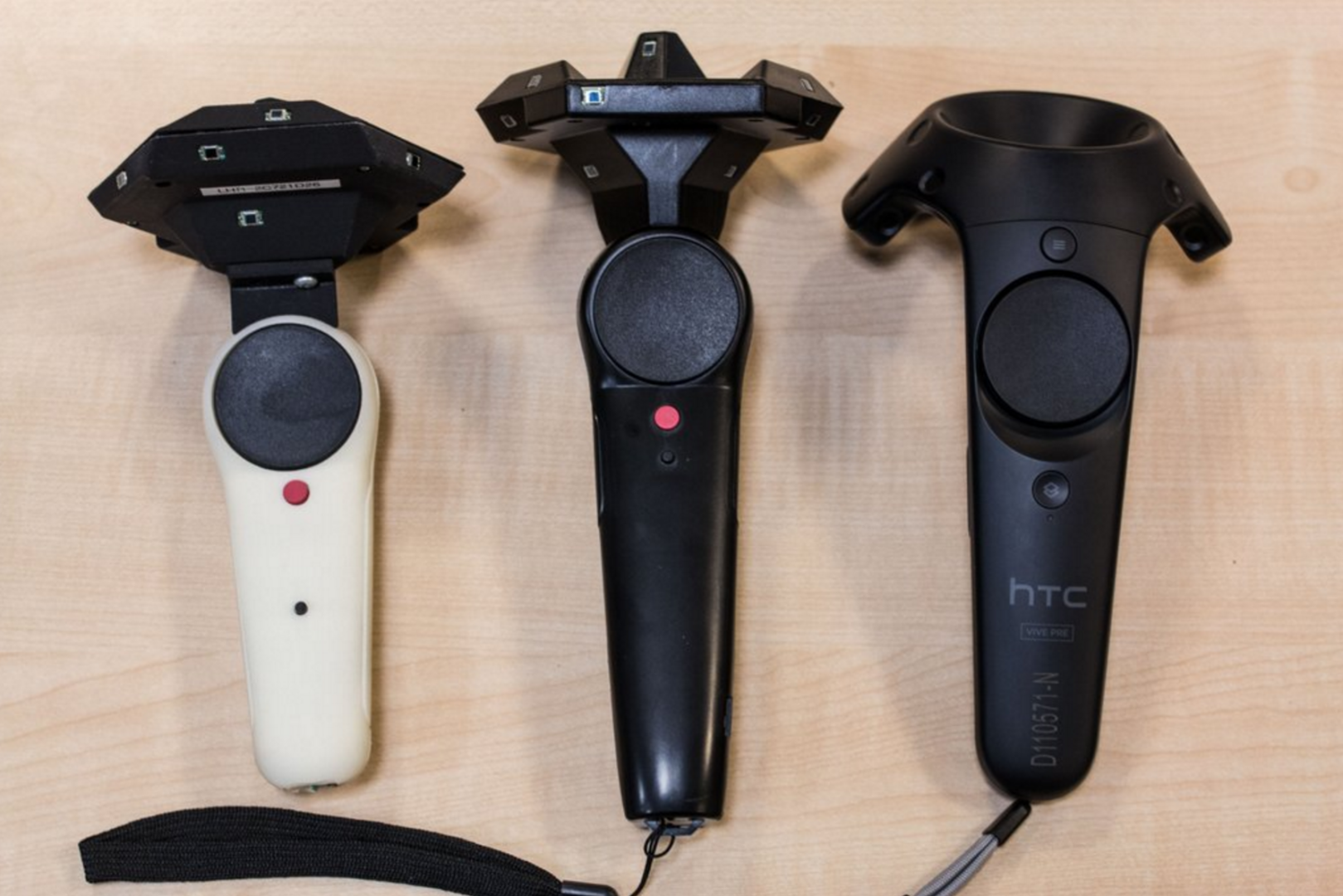 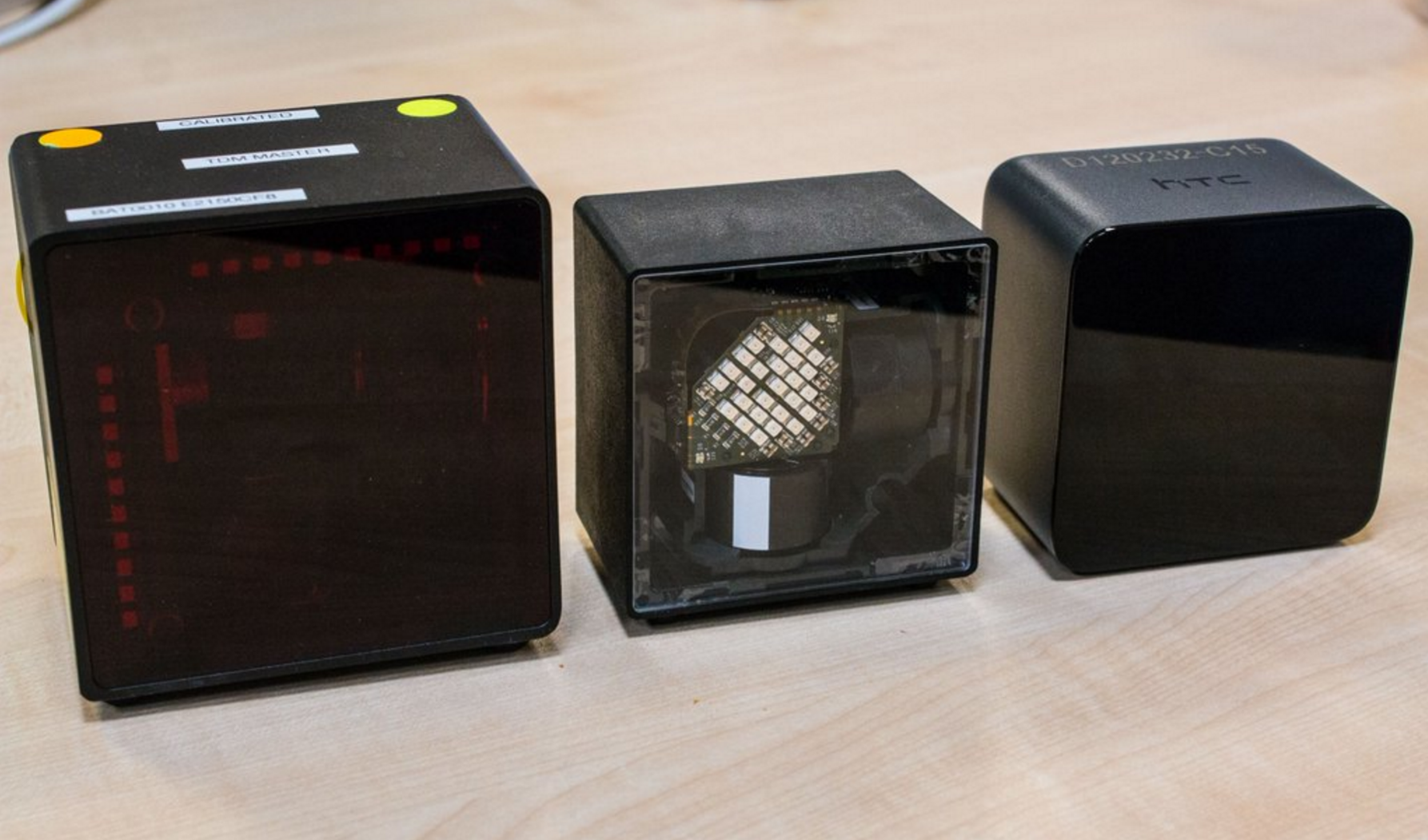 Lighthouse boxes went on a largest diet, losing almost 50% of its mass, while getting faster and reducing latency to under the requested 20ms.

HTC Vive Pre is expected to go on pre-sale on the last day of February, with a ship date set for April 2016. The price is still a large unknown, and the estimates range from $999 to $1499. Somehow, we would guestimate that the headset should have a price of $499, each controller should go for $79.99 and Lighthouse bases should be $49.99 each, bringing the price down into the $799-899 range. Time will tell how off we were.