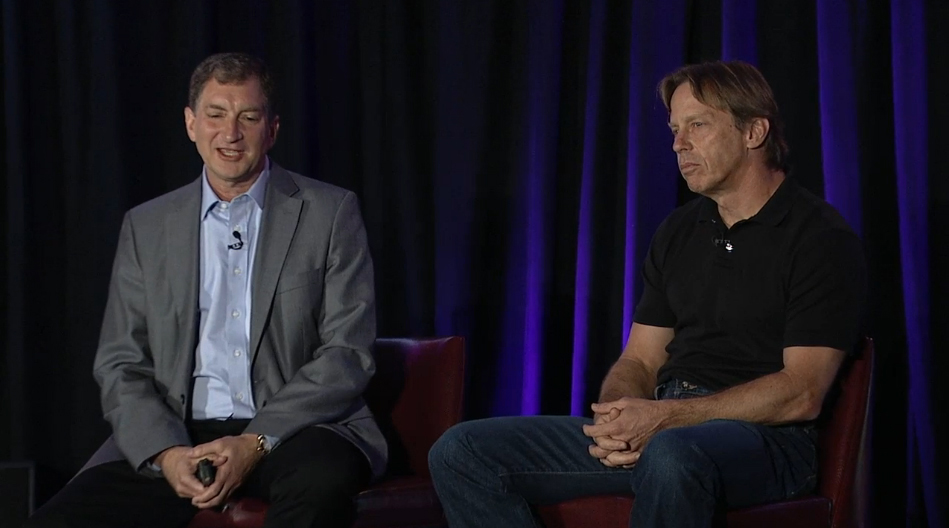 Mark Papermaster and Jim Keller discuss the future of AMD.

At Tesla Motors, Jim Keller will be in charge of running one of most important research departments, the autopilot R&D. Right now, the self-driving capabilities of Tesla Model S, X, and 3 are all being processed by a combination of in-house software with hardware from companies such as NVIDIA and Mobileye.

How does the Tesla Autopilot Work?

In order to explain what Jim Keller will be responsible for, we need to take a look into how Tesla’s autopilot currently works. As you can see in a video below, the car is capable of recognizing lanes, traffic, traffic signs, and extensive use of Google Maps to navigate to the requested address (unless it’s my home, since according to Google – it doesn’t exist).

Tesla Autopilot combines several well-known and less-known electronic systems that enable the car to move on its own:

The situation in which Tesla Motors find themselves is something every automotive startup experiences – UN regulations which date as back as 1950s and 1960s, occasional road-worthiness addendums when something like this happens, etc. In order to have a road-legal product, you have to have various PSS’s built inside every vehicle. But if you want to buy it, companies such as Bosch, Continental, Delphi, Johnson Control, Magneti Marelli, Yazaki etc. – will charge you an arm and a leg. Thus, companies like Tesla, Koenigsegg, Pagani, Rimac – are all forced to develop the systems themselves. Tesla had to hire developers to type tens of thousands of lines of code, just to make its CAN and MOST150 interfaces work. That approach has its advantages. By being forced to go on their own, Tesla Motors did not end up in conventional hell-hole of five-year lead cycles, enabling aggressive companies like Mobileye and NVIDIA to build their custom-tailored automotive solutions into the vehicles 5-7 years ahead of anyone else. 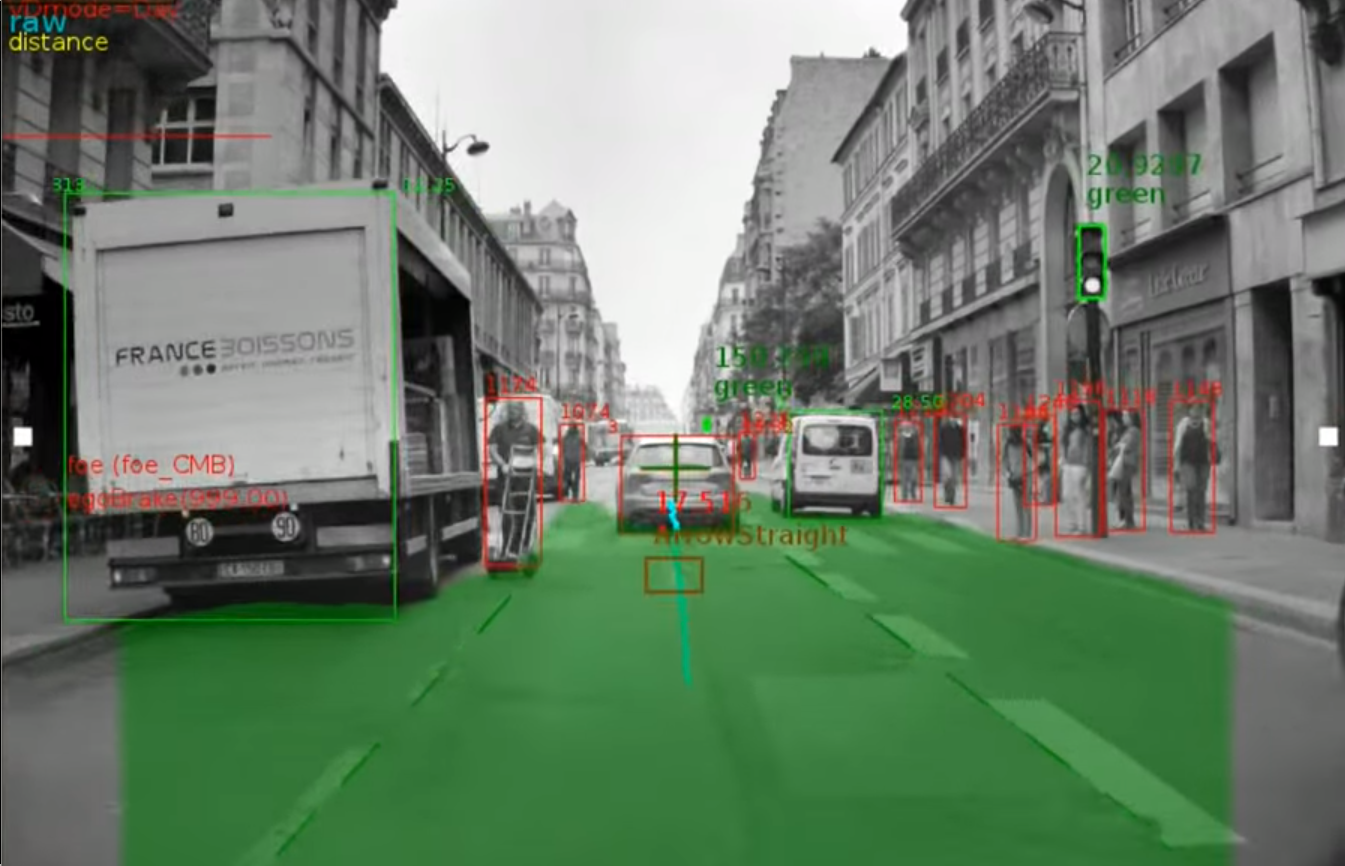 Coming to ADAS / SAD co-relation, Tesla Motors currently uses NVIDIA only for their VCM (Visual Compute Module) i.e. for Human-Machine Interface (HMI) through two displays. Many companies want to change that, with prime examples being Volvo, Volkswagen and Audi.

Mobileye is a small company when compared to multi-billion dollar companies, thus might be an acquisition target. By taking all into account, it was pretty obvious that Tesla Motors had to employ a chip wizard because sooner or later, they will have to tape out a chip themselves. This happened with Apple, Google, Oracle, Amazon… and the time is coming for a Tesla processor or a package-optimized solutions.

Who is this Jim Keller Guy?

If we look into Jim’s career so far, most of mainstream media will credit him for being a driving force behind Apple’s AX line of SoC’s and their custom 32-bit and later, 64-bit cores. Reality is that Jim is one of ‘dangerous guys’ for any suit-wearing team, since the filter on his vocabulary is pretty much on the same level as Elon Musk. In case you’re romancing about Elon, he’s a fast talker that spits out 60 swear words-a-minute if somebody messes up, and the level of self criticism also runs high. Translated into plain English – no bu*l*h*t please. According to our sources that worked with Jim, he’s smoother than Elon, but throw a bu*l*h*t curve and you’ll get one back at you.

Jim was one of CPU architects that designed the legendary 64-bit Alpha RISC architecture, which in fact was so advanced, that most of microprocessors today emulate technologies which were used on Alpha processors for the first time: LGA packaging, integrated memory controller, ultra-fast bus to the chipset, memory coherency between multiple processors, etc. In fact, I still have that luck of owning an DEC system with Alpha 21264 inside.

Back in the days of DEC glory, Jim worked alongside Fred Weber, Dirk Meyer and co., who all went to AMD when Compaq, HP and Intel plotted to kill Alpha architecture to make space for an Intel-HP driven, IA-64 architecture more commonly known as the Itanium processor. As a stark comparison, Jim, Dirk, Fred and other brilliant engineers cae to AMD which was strapped for cash, creating the K7 and K8 architecture, which were the fastest 32-bit and later, fastest 64-bit x86 architecture. Jim left AMD to rejoin Daniel W. Dobberpuhl (from DEC days), by working in P.A. Semi, which was acquired by Apple in 2008. Jim attracted a lot of AMD veterans to Apple, including Raja Koduri, who just like Jim – left Apple to join AMD. Raja Koduri now runs Radeon Technologies Group, AMD’s technology spin-off.

During his second stint at AMD, Jim was in charge of re-organizing and re-optimizing the CPU architecture, whose performance somehow got lost in bickering and politicking that stifled AMD’s market competitiveness. Having a processor where L3 cache works just as fast as system memory is not something that AMD could use to be competitive against Intel Core architecture on high-end, and ARM-based SOC processors on the low-end of spectrum.

With Jim signing off on new AMD architecture concept, which will be used for ARM (K12) and x86 (Zen), he wanted to get a new challenge, and such challenge came in the form of Elon Musk, who was looking for a person that could lead Tesla’s electronics division and to streamline the hardware and software pipeline in order to deliver features faster and safer.

While there is no official confirmation, conversation with our sources is leading us to believe that Jim will have a task of doing more than streamlining their pipeline. This alone will take a year or two. By pushing own needs into a silicon, Tesla can reduce its reliance on 3rd party vendors, and work on putting the routines into the chips themselves. After all, Tesla and SpaceX do have a nice relationship with 3rd party FPGA vendors which could be replaced with a custom silicon… or two.