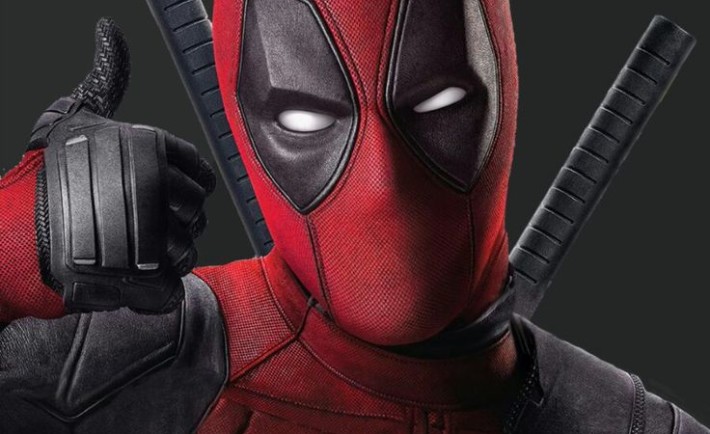 After over a decade of waiting, Marvel’s anti-superhero DEADPOOL is finally getting a proper, AAA-budgeted movie. IMAX and Marvel today released a ‘featurette’ video which features several not-seen-before clips, and clips from two public and red band trailers. All of this is a part a what seems to be an no-holds-barred guerilla marketing  campaign which is trying to position Deadpool as an underdog of Marvel’s world.

The ‘underdog’ title also stems from the fact that the movie backers did not thought it was worth the expense to shoot it in 3D, nor it was shot natively in IMAX (regardless of what the featurette below is trying to pitch you).

Then again, the underdog tag is confirmed with the movie rating, which is no less than R – under 17 years of age requires a parent or a legal guardian to see the movie. For once, we do not agree with Scott Mendelson from Forbes, who asked Fox to make a PG-13 rated version of the movie:

“Dub over every swear word with the silliest “Yippee Ki Yay, Uncle Falcon!” substitution you can imagine and with the least accurate vocal matches you can find. Go all Eyes Wide Shut with the film’s sexual content and nudity and have angelic cartoon figures obscuring the breasts and the butts.”

As always, here at VR World like to see when content creators are not stifled by ratings, and we barely managed to live through our teen years in Germany, watching green blood in every game – and those same censors are now asking themselves why in the world are people thinking zombie apocalypse is a possibility (it’s not and that’s that). Now, is R-rating a bad thing? Watch the official NSFW trailers below (i.e. Red Band trailers) from last year’s Comic-Con and Marvel’s Christmas 2015 red banded surprise – and decide for yourself.