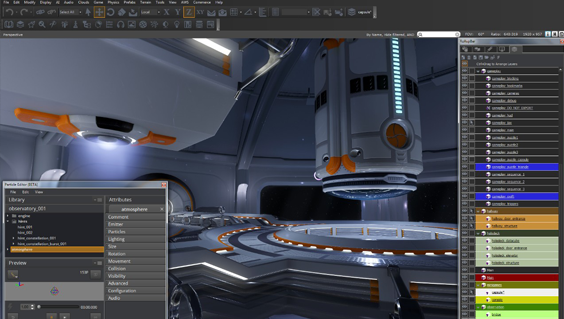 In a move that might push gaming industry to new boundaries, Amazon just launched free game engine. A game engine that will enable game developers to create a AAA gaming experience through a Internet browser such as Google Chrome, Mozilla Firefox etc.

The story of Lumberyard started when Gunfire Games showcased their skill to a number of Amazon executives. They used CryTek’s game engine to create a workable prototype of a multiplayer shooter in mere three months, using limited resources. This got Amazon interested and the company created Lumberyard business division (to work alongside Amazon Games), teaming up with CryTek on creating a game engine which would integrate all the services that Amazon offers to the customers in a complete package. According to the official product site;

“Amazon Lumberyard is a free, cross-platform, 3D game engine for you to create the highest quality games, connect your games to the vast compute and storage of the AWS Cloud, and engage fans on Twitch.”

The story does not end there. Amazon Web Services i.e. AWS offers a full 10 GB download of the game engine, as well as asset packs so that game developers and interested parties could build sample games using the said assets.

Woodland Asset Package is a 1.5 GB download. It contains a “collection of game ready wilderness assets you can use to build a forest scene or populate your own levels with vegetation and other natural features as might be found in a woodlands scene.”

Beach City Asset Package is a 4.8 GB download. If features “A collection of character, prop, and level assets with a 1950’s America beach city theme, with a side serving of Zombies. You can use these assets to prototype using Lumberyard, or just to test Lumberyard features. This is packaged with sample game code and a level (Beach City NightTime) featuring the assets set in a dark and stormy night.”

Furthermore, a link to CryTek is clearly shown in a 3.5 GB download of Legacy Game Sample, or CryEngine GameSDK. According to the website, this download features “all the code for a first-person shooter game, including complex animated characters, vehicles and game AI. A sample level is provided, utilizing the woodland sample assets. The code in this sample represents the most complete way to make a game today, but as we improve our workflows and underlying systems to make it even easier to build games, we will not be updating this Sample. Instead we will be introducing new samples. It is recommended that developers use this as a reference for how to write code using the legacy internal systems in Lumberyard.”

Now, the question is how long until Amazon acquires CryTek, or will CryTek use this collaboration as a case study how can they leverage assets and achieve even higher price to perhaps an acquisition by Google / Magic Leap? Only time will tell.