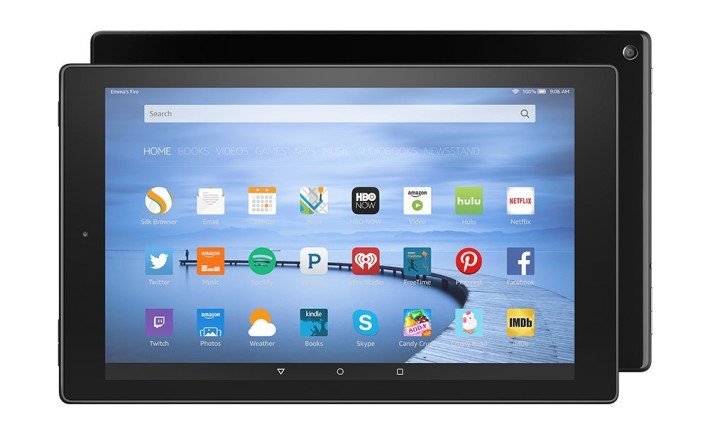 Amazon released a statement where the company backtracked on its earlier decision: “We will return the option for full disk encryption with a Fire OS update coming this spring.” According to an Amazon spokesperson, the company announced its removal of Fire OS 5 encryption feature due to ‘internal belief’ in the company that there aren’t too many users which use this feature, and it was removed before the whole Apple vs. FBI case blew up. Encrpyting and Decrypting the data is tasking on the built-in SOC processors, and the company thought it could speed the performance. After a number of users complained and threatened to boycott Amazon, the company is returning the encryption in an Fire OS ‘5.1’ update, which should be released in March / April timeframe.

Amazon’s decision to axe the encryption feature from Fire OS 5 was made well before the Apple-FBI legal case blew up last month. Amazon thought disk encryption wasn’t being used by enough people to continue support for it. Soon it will let people switch the mechanism back on – and, I guess, in a way, we have the FBI to thank for that. ®

Amazon released Fire OS 5, its fifth generation operating system based on Google Android 5.0 ‘Lollipop’ to its latest devices. Users of older Kindle Fire tablets, such as the Kindle Fire HDX are not getting an upgrade, and that might be a good thing.

The discussion in U.S. raging between Apple and technological companies versus the FBI and governmental organizations – instead on focusing on the real problem, which is how a known extremist behaving couple could purchase deadly automatic weapons in California (which has an active ban on automatic weapons). It looks like Amazon decided to side with the FBI, and removed encryption options from Fire OS 5. Furthermore, upgrading your 4th and 5th generation Kindle tablets to Fire OS 5 will *erase* all the data from your device. In order to avoid this, and download everything again – you will have to take special steps in order to keep your files.

Personally, I’ve been using the 3rd generation of Kindle Fire HDX tablets, and quite frankly – the 4th generation Kindle Fire HDX is the last tablet from Amazon worth owning. they beat every 5th gen Kindle Fire (2015) tablet out there. Amazon went with low-resolution displays (1280×800 is featured on every screen size, what they were thinking?), and quite frankly, isn’t giving you much for your buck. Purchasing a Kindle Fire HD 10.1″ with 1280×800 is something we did not expect to see in 2015/2016, given that Google, Microsoft and Apple are offering much higher resolution in the same form factor. Amazon does have price competitiveness, given that you only need to pay $260 for a 32 GB model, now coming without encryption. Or just get an older 16 GB Fire HDX 8.9″ with faster processor for $90 less.

As always, vote with your wallet.