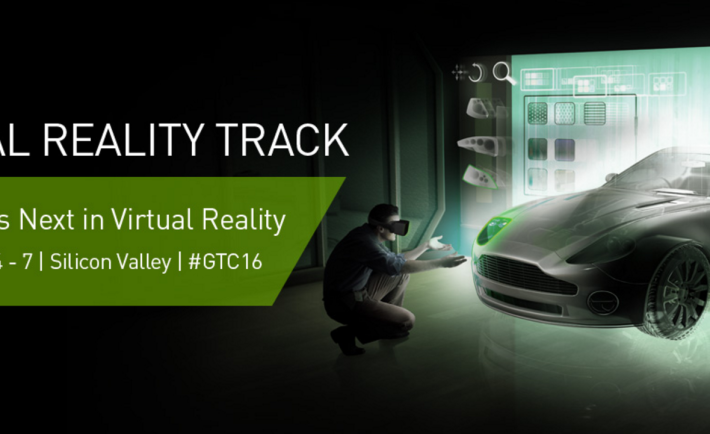 We received a news release from NVIDIA which explains the company efforts on driving the Virtual Reality. On Game Developers Conference, NVIDIA unleased VRWorks – its Software Development Kit (SDK) for developing VR experiences on GeForce and Tegra hardware. In a way, the battle will heat up between different software development packages, especially between AMD’s LiquidVR, a continuation of Mantle API development, and NVIDIA’s GameWorks / VRWorks. VRWorks is a successor to GameWorks VR, which the company debuted last year – and presents a shift in thinking from gaming titles only into wholesome experiences (VR gaming, VR education, VR experiences, VR videos).

We are providing you with the news release without comment:

1) NVIDIA is building the fastest GPUs for VR

“VR will be a multi-tier experience, like all entertainment platforms. Consoles will appeal to the casual user, whereas the PC with three to four times the processing power will be the platform for the intense gamer. In the PC market, NVIDIA has a substantial market share in enthusiast graphics boards, the type needed for Oculus and HTC VR experiences.”

Just like with video games, a PC with a GeForce GTX GPU offers the richest VR experience, with more performance, higher immersion and great fidelity. Even the lowest VR Ready GeForce GPU offers double the performance of console such as Microsoft Xbox One or Sony PlayStation 4. And given that immersive VR requires seven times the processing power of traditional 3D games, you really need that performance to get the best experience.

NVIDIA Multi-res Shading is an innovative rendering technique for VR in which each part of an image is rendered at a resolution that better matches the final image a user sees on the headset. The technology is integrated and available today to developers in Unreal Engine with performance gains of up to 50 percent. That enables developers to put more visual quality into their VR games and experiences

Any solution is only as good as the GPU’s drivers. Our Game Ready drivers are recognized as the best in the industry. NVIDIA works closely with developers to make sure games perform well on the day the game ships. This is incredibly important for VR, as the slightest stutter or performance dip can ruin the experience. Delivering launch day drivers will be a big difference for VR games and applications.

NVIDIA‘s GeForce GTX VR Ready program makes it easy for consumers to get the right gear for VR. Navigating an emerging technology like VR can be confusing – so we’ve worked with our partners worldwide to simplify the buying process. The GeForce GTX VR Ready badge quickly shows if a PC or graphics card is capable of handling the demands of VR.  Our program currently has more than 100 PC makers, system builders, add-in card partners and retailers around the globe.

Notebooks that feature NVIDIA GeForce GTX 980 GPUs are the only VR ready notebooks in the world. These powerful NVIDIA notebook GPUs enable developers and gamers to take their immersive VR experiences with them on the go.

In addition, NVIDIA is not the only one with a VR ready program. Oculus, makers of the Rift headset, also has its own program. And every Oculus Ready PC to date is driven by an NVIDIA GeForce GTX GPU.

There is a misconception that VR requires performance capabilities out of reach for most gamers.  Truth be told, the GeForce GTX 970 GPU is the most popular graphics card on the Steam survey and millions already have it in their machines.  This means more consumers are ready to enjoy immersive VR today.

NVIDIA is continuing to push forward the state of the art for mobile based VR experiences.  You can find NVIDIA Tegra processors powering several mobile VR and AR devices including headsets from GameFace Labs and Atheer. Thanks to the performance of Tegra, developers can tackle new classes of mobile VR/AR experiences.

NVIDIA GPUs are at the heart of 360 video used in VR.  NVIDIA’s CUDA programming model is used to rapidly stitch video from multiple cameras together into a single 360 panorama.  At NVIDIA’s GPU Technology Conference in April, attendees will find a full speaker track on VR including talks from 360 video companies that use GPU acceleration such as Jaunt VR and VideoStitch.

If you want to attend the GPU Technology conference, whcih is held from April 4-7, use VRWRLGTC code for a 20% discount.