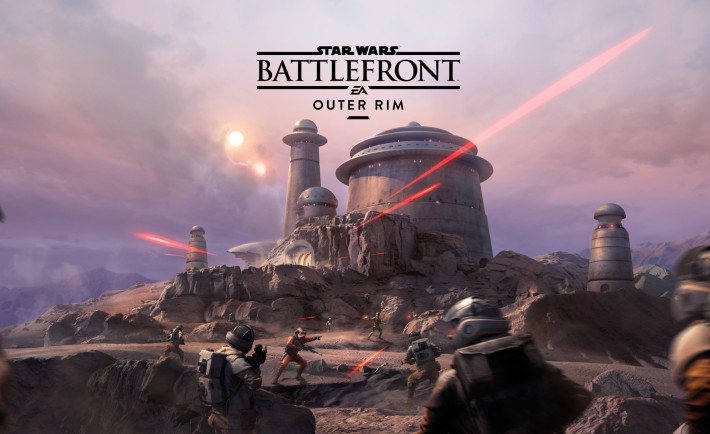 Star Wars Battlefront Outer Rim DLC is coming next week! Gamers worldwide will be happy to know it’s been confirmed that the additional content will be released on PC, PlayStation 4 and Xbox One on March 22nd for all Season Pass owners.

Everyone else, you’ll have to wait until 5th of April to purchase the DLC and play additional maps, play as new heroes, use new weapons and enjoy plenty of new features that are coming with this update. Electronic Arts is definitely making a great case for themselves and the Seasons Pass showcase.

This was all revealed in an Outer Rim DLC stream made available earlier today, where Reddit user The Darth Dio has put together a list of these new features that have been revealed today. Check out the list of additions for the DLC below:

The Star Wars Battlefront Outer Rim DLC pack includes two new heroes, namely Greedo and Nien Numb, something a lot of gamers were eagerly awaiting. You will be able to play some brand new maps, enjoy the new Relby V-10 rifle, shoot from the DT-12 Blaster Pistol and have access to three new Star Cards: Scatter Gun, Dioxis Grenade and Adrenaline Stim. You will also be able to play a brand new mod called ‘Extraction’. Not bad for a DLC and plenty to look forward to as well.

It is worth noting that during Sony’s Game Developers Conference 2016 showcase, it’s been revealed that DICE is working on a PlayStation VR exclusive version of the game. Unfortunately no further information was reveled. However our staff is at the Game Developers Conference 2016 where we’ll try to find out more info about this. Check out the Star Wars Battlefront Outer Rim trailer right below.