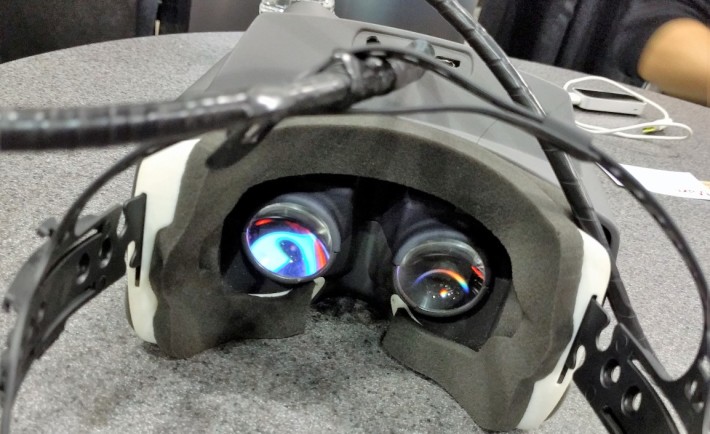 During the Game Developers Conference, we encountered a young hardware development team named GameFace Labs. This small but rising startup is working on creating an ultimate VR experience, enabling you to use the device while you’re moving, and once you’re home – you can connect it to the PC. Unlike any other product on the market, there is no ‘collision of worlds’. HTC Vive and Oculus Rift are experiences that require a PC and are intended for internal use, while mobile headsets like the Samsung’s GearVR work wherever you are. With this concept, GameFace Labs wants to cover both angles.

The concept behind the retail device will be to offer ultimate mobile gaming experience from one side, and high-end PC VR performance from another. At the conference, they showed us their first prototype. 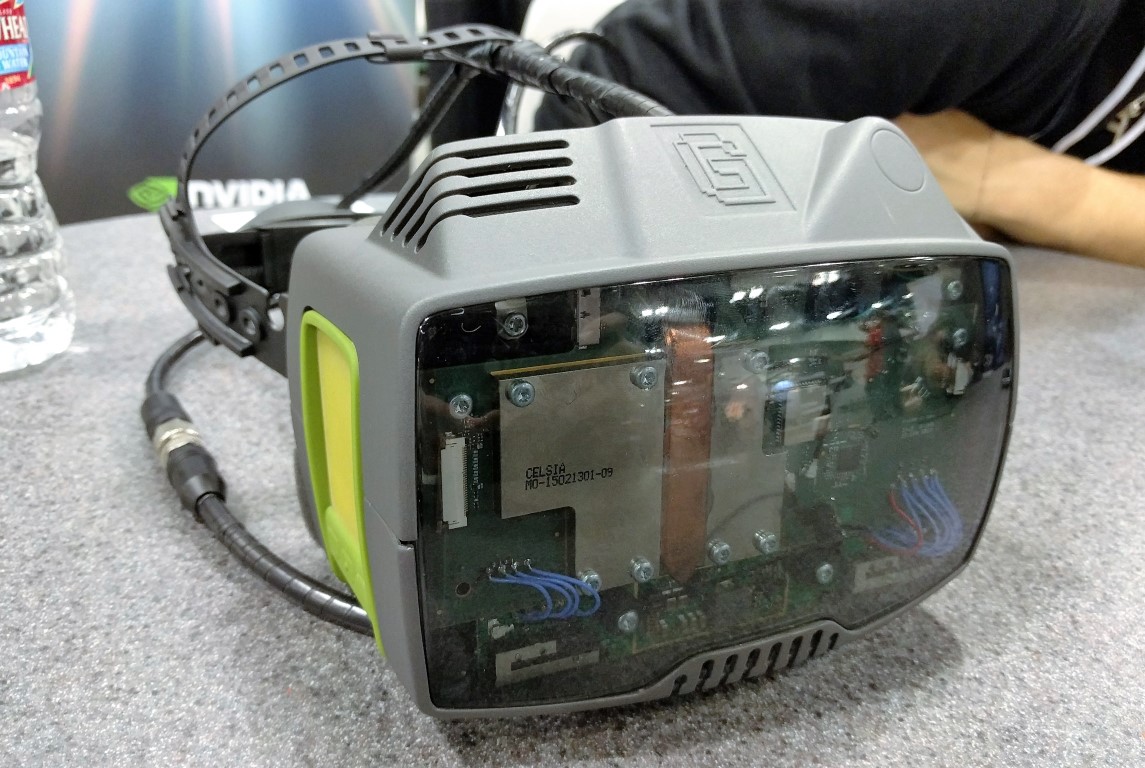 The first prototype is a stand-alone device with a built-in Nvidia Tegra K1 processor.

As you can see on the picture above, the prototype is quite well developed for a first product. In fact, it has higher specs than most of entry-level VR HMD (Head Mounted Displays)  The design features a single 2560×1440 display with a 75 Hz refresh rate and an impressive 140 degree Field-of-View, all powered by the Nvidia Tegra K1 processor, 4 GB of DDR4L and SSD storage of flexible capacity (60/120/240 GB). The only cable is the one that connects the headset to the external battery, similar to Google’s and Magic Leap next-gen headsets. This prototype uses Google Android operating system, and that will continue on the retail version as well. 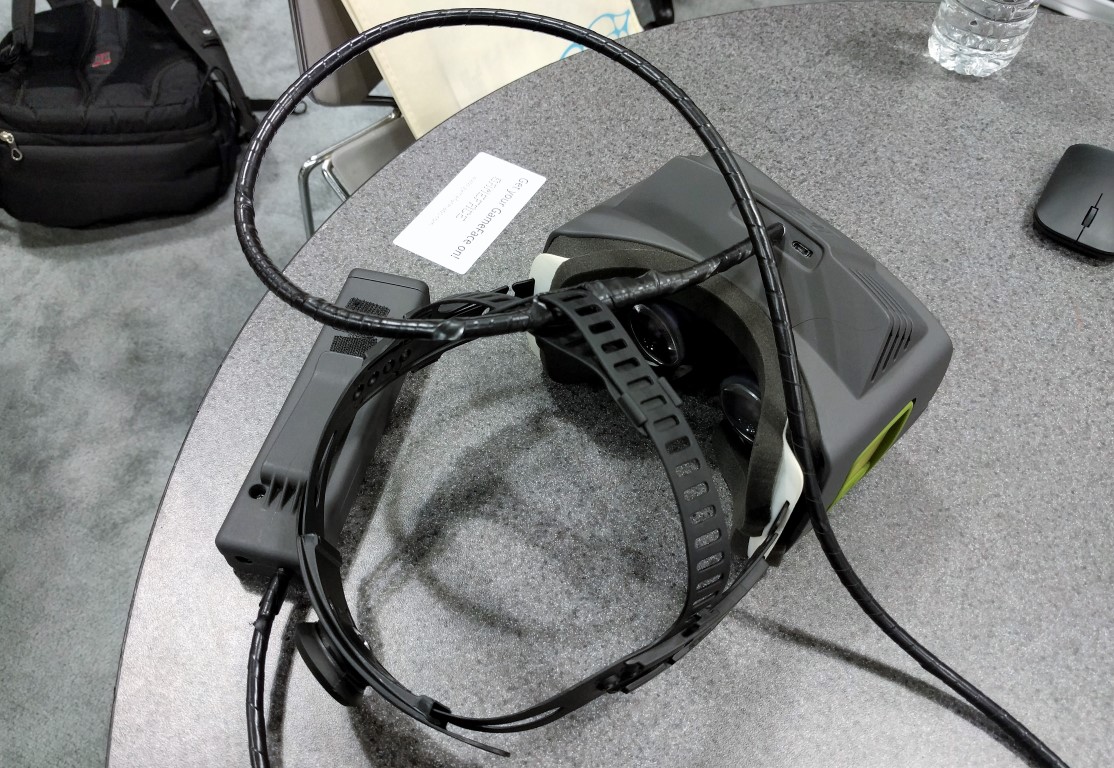 Retail products will ‘up the ante’ by packing a 90Hz display, with a higher resolution than HTC Vive or Oculus Rift. Retail products will also upgrade the mobile performance – by upgrading the processor from K1 to a contemporary Tegra chipset, the X1. This 64-bit octa-core ARM, 256-core Maxwell GPU packing GPU should provide ample of horsepower for the road warriors. In fact, they are claiming they have two time the compute performance of Microsoft’s Xbox 360 console.

We mentioned that the VR headset will also feature PC connectivity, and the team is using the SteamVR platform. Valve’s Lighthouse devices are used for head and hand tracking.

The company expects to ship their VR product in two packages – stand-alone VR headset with an affordable price, and the ‘deluxe’ VR headset with SteamVR components (Lighthouse tracking technology). Pricing won’t be decided until the final Bill of Materials (BoM) comes along, but they expect to be priced competitively versus Oculus Rift or HTC Vive. Target price for the ‘all the bells and whistles’ version should be around $800, or right in the Vive price range (with a higher-screen resolution and on-the-go capability). The version without the Lighthouse trackers and controllers should be an interesting one – as it could be priced against the PlayStation VR, albeit with the strength of Google Android ecosystem.

We should receive more info by E3 2016, which will be held in mid-June at the Los Angeles Convention Center.