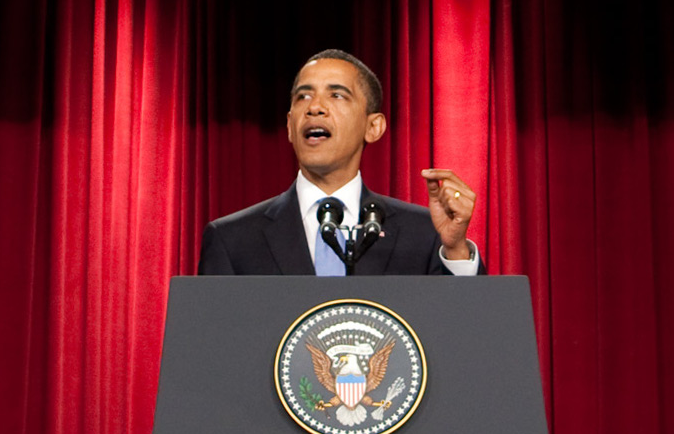 Not long after moving into the Oval office, President Barrack Hussein Obama and his wife Michelle started to change the White House conventions. While the First Lady dedicated what will become an eight year campaign against obesity and fight for better education, the POTUS (President of the United States) pushed for a healthcare reform, and thanks to a series of good and some bad moves (not discussing foreign policy here), U.S. economy is doing better than ever.

Still, what both Mr. and Mrs. Obama wanted was to elevate STEM initiatives above all. As Mr. Obama said, “If a NFL football team wins the championship, and receives an invite to the White House, why wouldn’t  the brightest scientists receive the same treatment?” Having said that, 2010 saw the first ever White House Science Fair, where selected winners of regional and state science fairs received an invite to show their inventions in front of the President and the First Lady.

President Barrack Obama gives an opening speech for the 2016 WHSF

The last edition of WHSF under Mr. Obama’s administration was held on Wednesday, and we bring you not just the highlights of 2016, but also highlights from previously held Science Fairs.

Regardless of what nationality or political orientation you belong to, one cannot but ask why more presidents from as much countries as possible would not follow the example set forth by Mr. Obama?