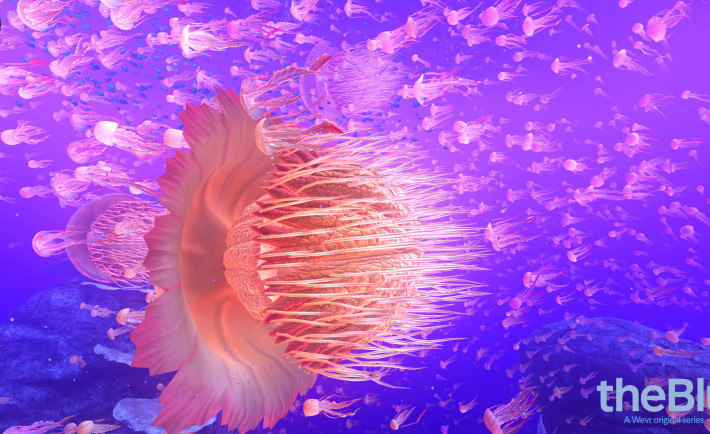 In 1980s, a breakthrough movie came out that influenced a whole generation of film makers. This is a movie where Luc Besson started to make its mark on filmography, with legendary producers like James Cameron saying they were influenced by it, creating Abyss and search for the Titanic. When it comes to Virtual Reality, this young industry just encountered The Big Blue moment with a similar name.

Prospective VR startup WEVR gathered almost $40 million through five funding rounds, focusing on delivering “high performance VR playback software for VR producers.”  While mainstream media called them ‘YouTube for VR’, WEVR is not focusing on content distribution but rather enabling VRproducers – should we call them Virtual Producers? – to drive experiences which catch the eye of the widest audience. Their debut piece for HTC Vive VR platform was called theBlu: Encounter, and it is without any doubt one of the most, if not the most immersive VR experience which plays with every sense in your body.

theBlu puts you in a role of submarine explorer on a coral reef, sunken ship and at the end, you meet the whale which passes you by. But the Whale Encounter was just the beginning. WEVR announced two more experiences, Luminous Abyss and Reef Migration. In the video above, you can see just how immersive the experience is, but words cannot express how are you going to feel. For example, if you have a VR headset, invite your relatives, such as your parents or grandparents and let them explore this virtual world. My 92 year old grandma could not believe the world in front of her eyes. There are no age limits to the world of VR, it is indeed – our second life.

For the end, we leave you with a trailer for the Big Blue, and all we can say is – head over to Steam and check out theBlu.