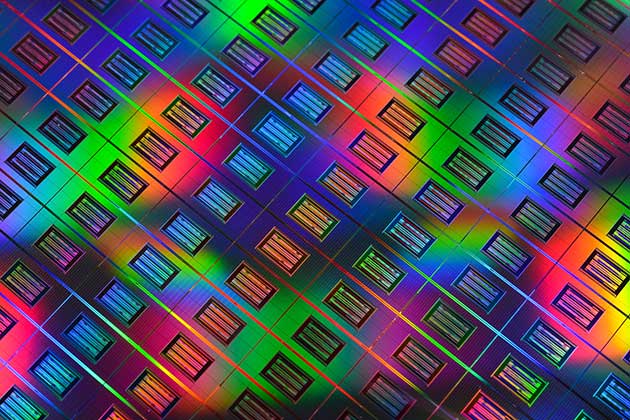 Ten years, even five years ago Intel was the undisputed process leader, and if you wanted to see how the new process node would look like, you would wait to see a new processor coming from Intel architecture. That was the unwritten law of the semiconductor industry, with an occasional blimp when TSMC would introduce a half-node step, beating Intel’s 90/65/45/32nm with 80nm, 55nm, 40nm and 28nm GPUs for ATI and Nvidia.

Today, Intel’s missed approach to mobile resulted in company loosing the process node advantage, and ultimately being forced to cancel the most of Atom product family. And now, to add insult to injury, DigiTimes (also known as DodgyTimes) reported that TSMC taped out first 10nm processors for Apple, Inc. The alleged processors should be named A11, and power the iPhone 7S, as well as the new generation of iPads.

“TSMC could begin small-volume production for Apple’s A11 chips as early as the second quarter of 2017, the sources indicated. Building the chips will likely start to generate revenues at TSMC in the third quarter. TSMC is likely to obtain about two-thirds of the overall A11 chip orders from Apple, the sources said. The A11-series processor will power the iPhone models slated for launch in the second half of 2017.”

First silicon revision in the new process is typically delivered about a year before the mass production commences. During that year, manufacturers work on optimizing the silicon, speed binning it, and perform a lot of educated ‘guesswork’ in order to hit production volumes. Doug Grose, former CEO of GlobalFoundries once compared optimizing silicon for mass production ‘combination of art and magic’. This comparison isn’t without base in reality, given that sometimes, a new process node contains elements smaller than what the most powerful electronic microscopes can reach.

Companies such as Samsung, GlobalFoundries and TSMC are now at the forefront of semiconductor process, while Intel lost its way (and market share) trying to optimize their bulk process for mobile devices.