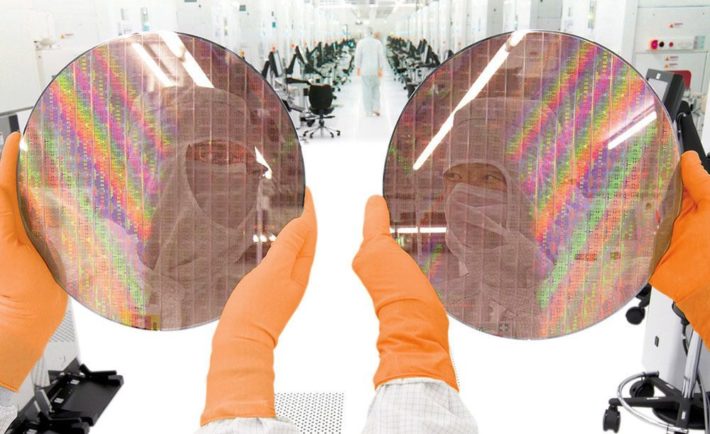 Even though we continuously hear rumors and statements that the pace of Moore’s Law is slowing down or stopping (last one came from Jen-Hsun Huang, co-founder and CEO Nvidia Corporation), the speed of progress in semiconductor industry isn’t slowing down.

14nm is getting traction not just by high-end chips from Intel, AMD, Nvidia, Apple, Samsung and other large players, but also by smaller companies which are moving to revolutionize the way how we build virtual reality glasses, cars, infotainment systems, TVs and many other. FinFET transistors are moving to replace Planar, resistive memory technologies such as ReRAM plan to succeed NAND Flash and SDRAM etc. Still, there is one major technology barrier we need to pass in order to get to the next generation of semiconductors: Extreme Ultra Violet Lithography or UEV.

Coming today is a big technology breakthrough announcement from Samsung Electronics. World’s largest semiconductor manufacturer announced today that they’ve purchased the NXE3400 tool from ASML, Netherlands-based semiconductor equipment manufacturer. While the name NXE3400 probably doesn’t mean anything to 99% of our readers… it will change our world. 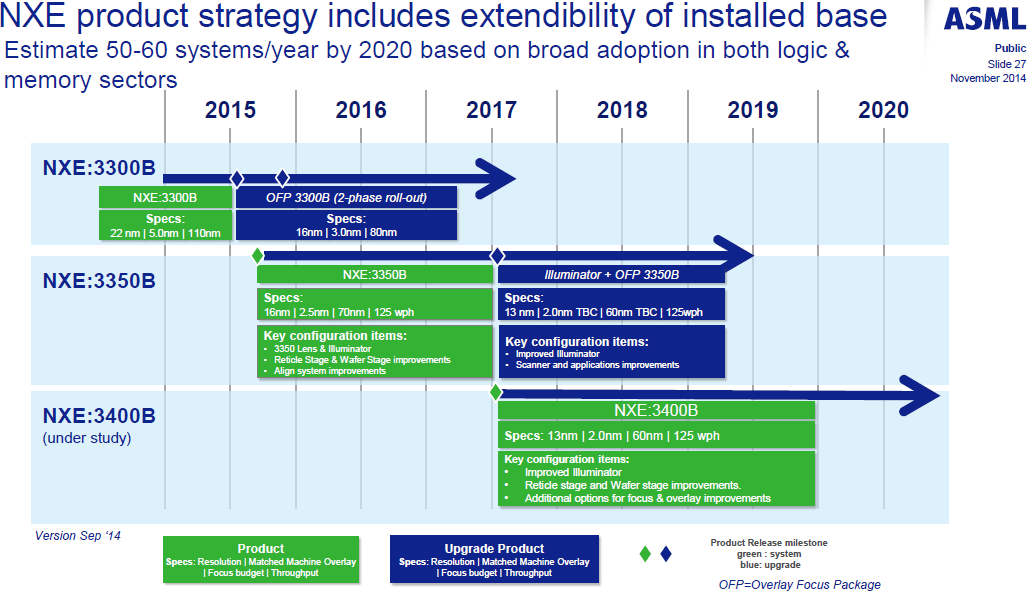 The company is adopting a ‘limited risk process initialization’ – LRPI approach, where the first 7nm EUV chips will come on 200mm (eight inch) wafers, targeting small fabless companies which are willing to take the risk of being the first, before committing high-volume 300mm wafer lines to process technology which was deemed ‘impossible’ just a few years ago.

Samsung is deploying a process originally developed by a joined task force between  GlobalFoundries, and Samsung, thus we estimate GlobalFoundries will be the second foundry to offer EUV to mass market, followed by Intel and TSMC. The level of investment into EUV is huge, and requires a multi-billion dollar commitment from the semiconductor manufacturer such as Samsung. For example, in 2015, ASML installed trial equipment which managed to reach 1,000 wafer starts per day, accelerating to 1500 wafer starts per day earlier this year. During a four week test, Samsung and ASML produced over 15,000 wafers and is currently analyzing the results. According to our sources, Samsung Electronics used SRAM and ARM Cortex-A53 libraries. We do not know if any of the cores/cells worked during this trial run but 7nm and Extreme Ultra Violet are getting closer by the day.