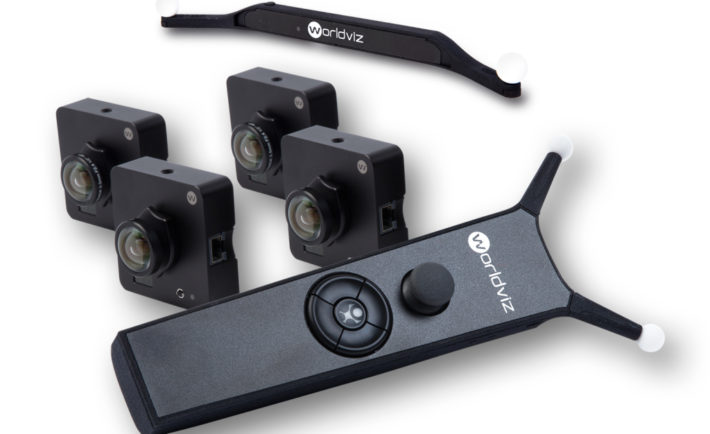 We received word from WorldViz that they are putting the finishing touches on a Virtual Reality expansion for their PPT (Precision Position Tracking) system. Just in time for E3 2016, WorldViz will bring support for Unreal Engine 4 and Unity 5 on most popular devices such as Google Daydream VR, HTC Vive, Oculus Rift, Samsung Gear VR, and Sony PlayStation VR.

The new technology from WorldViz enables 50 by 50 meter tracking – that’s 164×164 foot, meaning a $15,000 price tag can cover multiple location inside a shopping mall, factory floor or for example, movie theaters. 2500 sq. meters i.e. 26,910 sq. feet are covered with a single device. This level of pricing for the scale is more than affordable, given that a regular CCTV setup is going to cost you more.

PPT technology enables sub-millimeter tracking of up to 10 people on large-scale locations. This level of precision means their 240Hz, high-resolution, high-precision cameras tracks not just up to ten people, but their extremities as well, including individual fingers. The capabilities for professional and entertainment use are immense. This just might be a great tool for architectural studios, demonstrating the different floors of a future building before any actual on-site work takes place. Training capabilities for firefighters, doctors, pilots… all the theoretical concepts we heard about over the past couple of years can finally become a reality with not just visualization, but the way to interact with the virtual world in a more natural way.

“With the launch of Gear VR, Oculus Rift and HTC Vive, and the imminent launch of Sony PlayStation VR and Google’s Daydream VR, the VR headset market is heating up,” said Andrew Beall, CEO of WorldViz. “The beauty of our PPT system and the new plug-ins is that they take the orientation data from the game engine. So as long as the engine supports the display, you can track the user.”

Peter Schlueer, president and co-founder of WorldViz, added: “These new plug-ins are easy for any developer to set up and use, and will open up a whole new world to content creators who want to use the best wide-area motion tracking and the best game engines with the best VR headsets on the market.”

In the world of digital assets, Human Machine Interface i.e. HMI development was mostly limited to keyboard, mice and their varieties (Wacom tablet is still a 2D space with mouse like controls, no matter how great or precise it is). With Virtual Reality – the need for three-dimensional controllers is greater than ever.

Building of a VR ecosystem continues.