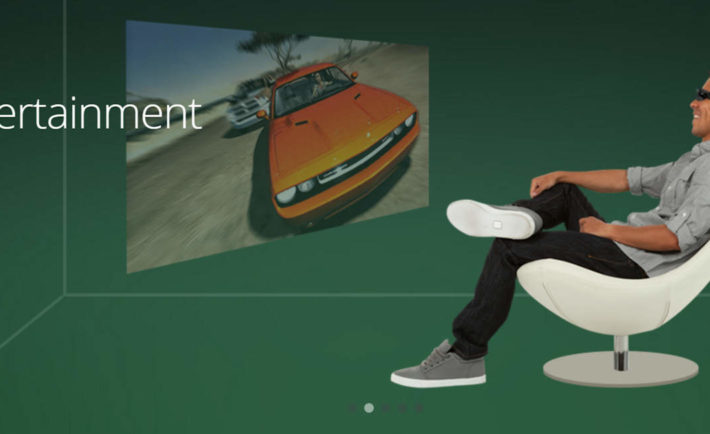 There’s little doubt that the most advanced augmented reality headgear currently exists solely in the realms of military use. From an eyeball projecting Heads-Up Display for the F-35 Lighting II fighter jet to high-resolution AR visor that doesn’t project blue color because well – blue is the color of the sky – these multi-thousand dollar pieces of equipment could solve the consumer conundrum for both VR and AR.

Osterhout Design Group, also known as ODG is one of such military-focused company – just announced its consumer effort code named “Project Horizon”. In order to bring what might be the ultimate AR headset, ODG is teaming up with a company that is shaking up Hollywood, OTOY. While OTOY is bringing its revolutionary photorealistic rendering technology to HBO, in upcoming new TV shows featuring Jon Stewart and John Oliver – the company understands the need to accelerate the development of consumer-friendly AR/VR devices to enhance the viewing experience.

“When I saw this resolution, it was one of these life-changing things where I said, ‘Wow this is the first time I’m seeing a screen beamed into my eyes where I cannot tell where the pixels begin and end,'” said Jules Urbach, CEO and co-founder of OTOY. “I have better than 20/20 vision, and for me to see that is remarkable. I put it on my mom’s head and even she was like, ‘It’s like magic.’ You just cannot tell it is digitally played on a bunch of pixels.”

Thus, the question is – what made a person leading a $300 million startup so impressed? Jules saw over a hundred different VR and AR headsets and according to him, the answer is R-7, an enterprise headset which serves as a base for the future consumer product. Given OTOY’s financial backing, we would not be surprised if the company even makes a bid for the Osterhout Design Group. Currently, the largest principal investor in this privately owned company is none other than 21st Century Fox. 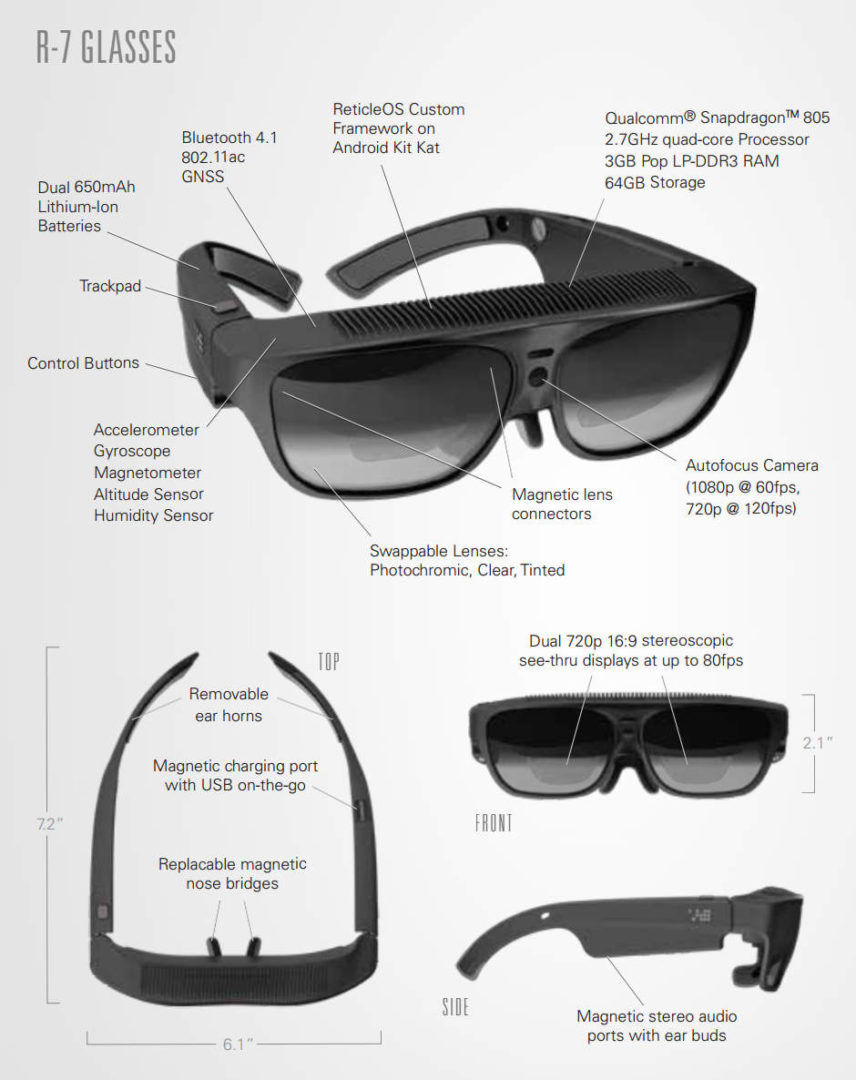 The headset i.e. glasses weigh in 170 grams or close to more heavier smartphones. Still, the way how the weight distribution works help when compared to numerous Google Cardboard and Daydream headsets. Qualcomm Snapdragon 805 processor is more than enough to drive a dual 720p display at 80 frames per second. According to the manufacturer, R-7 targets enterprise customers and comes with a hefty $2,750 price tag.

Putting a fully-tinted lenses shift this device from an AR headset into a VR one.

The consumer version known as “Project Horizon” will take at least year or two in development – meaning we could see them coming to market in the same timeframe as Alibaba and Google-backed Magic Leap. “Project Horizon” is expected to bring not one, but two jumps in resolution to an estimated ‘2K per eye’. While this is still less than 4K per eye coming from Swedish Starbreeze with their IMAX-backed StarVR headset, it is a positive development.

Who will win in the battle of VR and AR headsets? The answer is quite simple – the consumers.