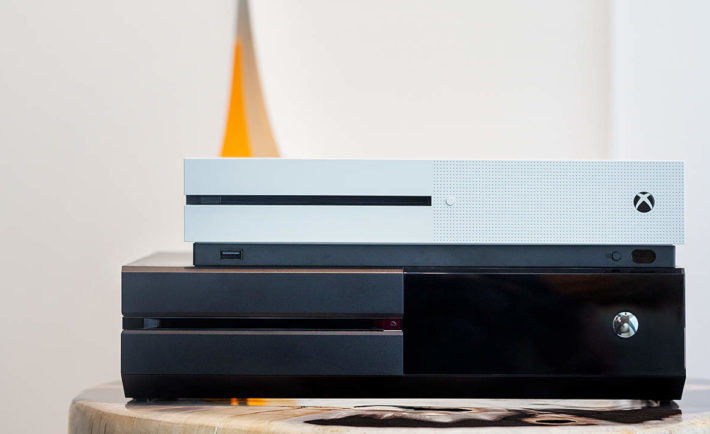 At it’s pre-E3 2016 conference, Microsoft announced the long awaited shift of its console model. In a nutshell, Xbox is becoming an regularly-refreshed product just like the Surface line of tablets and convertible PCs. Future Xbox refreshes will occur in an annual cycle, moving to a strategy that Intel used to call “Tick-Tock”. Just like Intel, Microsoft plans to release a high-end version of the console first, followed by a slimmed down version. Microsoft did not disclose the exact refresh cycle strategy, but we would not be surprised if the company decides to use E3 as the place where their annual or bi-annual refreshes will be announced.

The exact strategy will probably look as follows:

Bear in mind Microsoft is keeping mum about the exact console hardware, while AMD was effectively ‘gagged’ from releasing any details in terms to what AMD calls “semi-custom silicon.” We received the following statement from AMD:

We are not providing additional information regarding the AMD semi-custom silicon in either console at this time.” said Drew Praire from Corporate Communications, AMD. “We are proud that Microsoft has chosen to expand their Xbox One family of devices with two new consoles featuring AMD’s high-performance semi-custom SoCs that support revolutionary new technologies like HDR, 4K and high fidelity VR to enable the next generation of immersive gaming experiences.”

All in all, the battle between Microsoft and Sony will be a fascinating one to watch, as both giants are moving away from the fixed hardware cycle and effectively becoming PC manufacturers without a mouse and a keyboard.

In a way, the time has come for us to start counting sales of Xbox and PlayStation as PC i.e. Personal Computers, because hardware-wise, that is exactly what these products are. PC lives forever, obviously.

Now, the key question is… did Microsoft just Osborned the existing Xbox One? Or worse even, “Stephen Elop’ed” themselves?