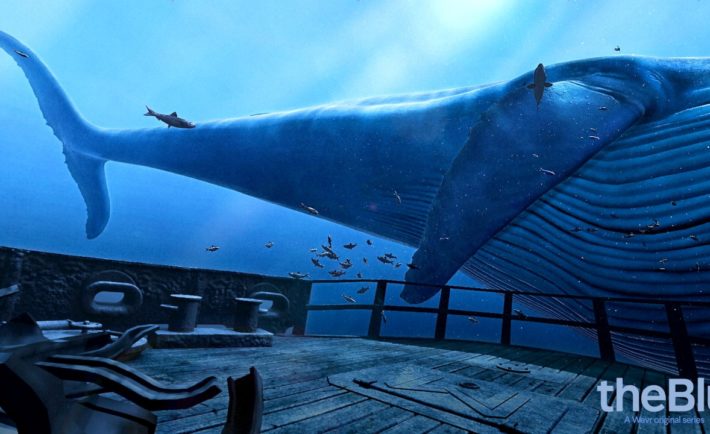 After spending the past ten days in Hollywood, we met with numerous industry members who are working on next generation of Virtual Reality content. There’s little doubt that we are witnessing the dawn of a new medium, with Hollywood leading the charge when it comes to content development.

As an industry, we need immersive experiences that will show what VR brings to the table and so far, there are two experiences one should go through: WeVR’s “theBlu” for HTC Vive and Crytek’s “The Climb” for Oculus Rift. For a pure enjoyment, theBlu experiences simply are the best way to immerse a person in virtual reality, no matter the age. We tried theBlu with 5 and 7 year olds, but also with 85 and 92 year olds and the result was always the same.

In order to learn about the creation process of theBlu and finding what comes next from WeVR, we sat down with Jake Rowell (@jakelrowell). Working out of Los Angeles, Jake brings a laid back, creative spirit but hardworking ethics which brought a lot of success. Prior to engaging with WeVR, HTC and Valve, Jake worked on game franchises such as Call of Duty and Final Fantasy. Still, his passion are movies and we’re not surprised to see his work on The Animatrix, Shark Take or Superman Returns, as well as numerous other titles. Check Jake’s IMDb profile for a detailed inside look.

VR World: Jake, thanks for taking the time to speak with us. Can you tell me how did you got involved in Virtual Reality and how did you end up in Los Angeles?

Jake Rowell: You can blame Neville (Neville Spiteri, co-founder and CEO, WeVR). Personally, I started working back in 1996, working on “Microsoft Golf 98”. I had no idea that my career is going to develop in such a way. After Final Fantasy games and a movie, I joined the Call of Duty team where I worked for four beautiful years. 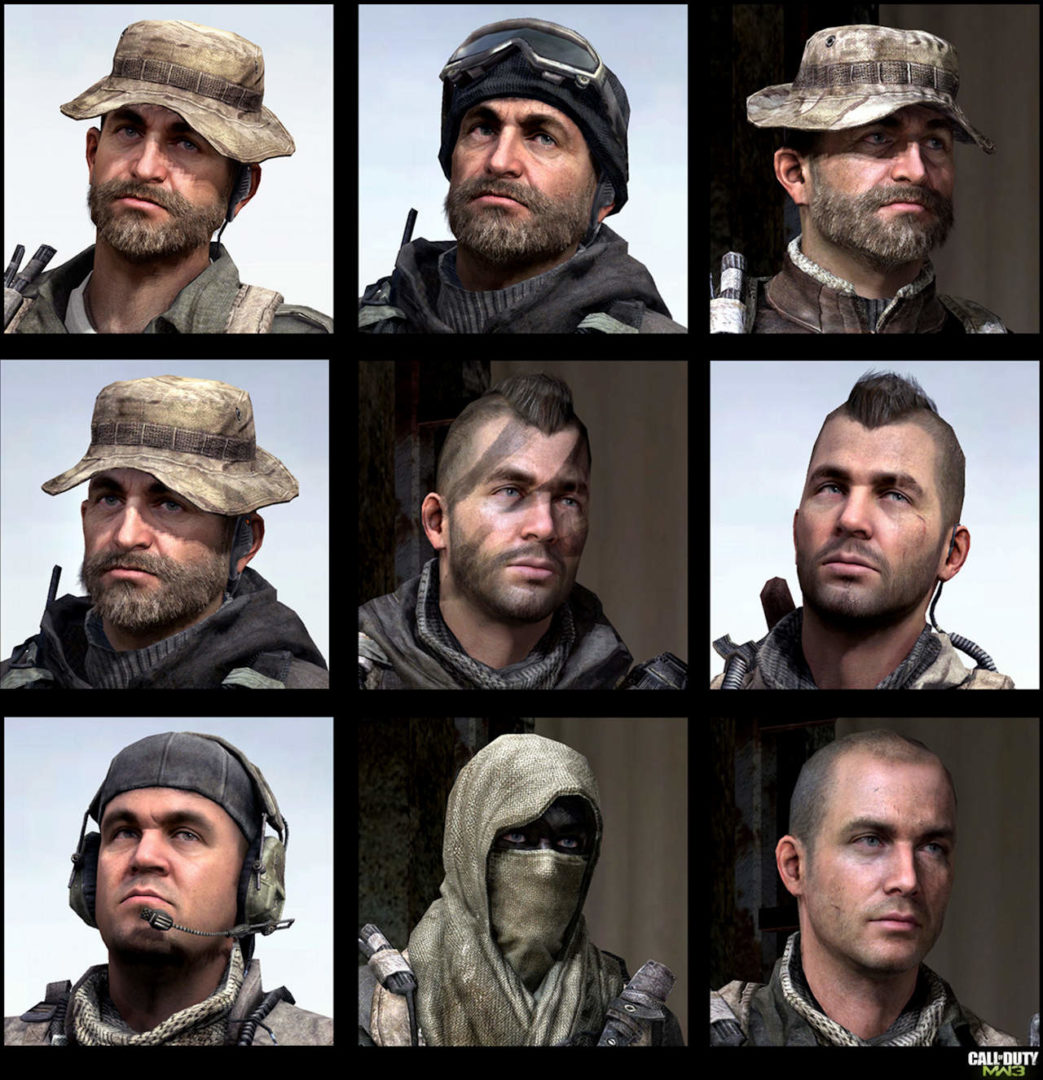 I would say my life changed in September 2014, when I saw a 3D printed Vive prototype from Valve, and started thinking what could be done when this product becomes a reality. As your readers will know, HTC joined the frame and ‘coming to market’ was all but certain.

VRW: Seeing the Vive prototype got you in a different gear, it seems…

JR: I believe that we need to look how can we take a franchise that started on a PC or in Hollywood and create a four-minute immersive experience. It was clear to me that we need to start to work on presence, and scale – both small and big – you can have fish swimming around – and then a 40 meter, 130 feet whale passes you by. The point of Virtual Reality is how to drive a personal narrative – make you feel like you’re diving. We wanted to do the blue whale.

We wanted to break barriers among generations, because this is first generation VR – for us, WeVR really targeted first gen VR users of all ages and interests. This especially goes for the people that are not gamers. They need to adapt to the medium and see what it can be, and what it could become.

VRW: What are you mindful when you approach the creation of a new experience, be that a game, movie or a VR experience?

JR: I think that we as creators have to think about the psychology of individual experiences. VR is a memory – you play a game you talk about the game. Same is with movies. But if you go to hike, you will have a different memory. VR should be considered as ‘lucid dreaming’, a dream you can control. The power of a new medium, it was our goal right from the beginning – we set it up for a perfect VR, entry level adopters who never experienced VR, and people who know what to expect. It is all about how can we create a good, memorable movement.

VRW: Coming back to theBlu, can you discuss your thought process and how did WeVR approach?

JR: theBlu: Whale Encounter was ‘Episode I’, and we really wanted to add scale – incredible how it may sound – some people got afraid and they had a very hard time not being afraid even though they were in a safe environment.

Then, we followed with ‘Episode II’ named the Reef Migration. This was all about putting somebody in a very safe place, very meditative, to experience so much beauty, and the amount of comfort… based on feedback, it is similar to meditation.

We wanted to keep the feeling of scale and get both smaller and larger items in your environment. Achieve presence in a virtual space. Once you go through the Reef Migration, which is a six minute VR experience – you unlock all these variants, including the Ambient Mode. That mode enables you to continue the simulation ‘forever’. During the QA phase, we tested it for five hours, and people were mesmerized. There were no headaches among our testers.

‘Episode III’ Luminous Abyss is all about the exploration and the unknown. We put you into a deep dive into the Ocean, give you a flash flight, and it gets scary for people. After a while, we take then on a little adventure where luminous creatures start to appear.

What made me happy of Luminous Abyss were our achievements. We managed to bring the scale, difference in meditation and calming people down, but still bring that curiousness in people to explore and discover. I compare Episode III to a ride in Disneyworld – long wait, but then when you discover the new experience, you get impressed with all the small details creators put into it.

I hope this explains where theBlu came from and where it is going to go.

JR: We would like to add more locations, more episodes – we want to help you to see new items in a different time of day (or night), experience different species of fish and locations. We want to give you that magic sauce.

By adding new locations, there is a natural sense of narrative, and as we make the sim more complex, we can include more variability with the experience. You go and experience a whale dive – why not bring your friends? Why not have two friends at different parts of the world – getting through the experience together. That’s the future for theBlu – More locations, new experience in the old locations from previous episodes, and getting more people to experience theBlu together in all the episodes.

VRW: Going behind the scenes, what is the engine that enables your magic sauce? For VR engines, we have CryEngine, Unity Engine and Unreal Engine. They all claim advantages to drive the VR/AR, what is your approach to these choices?

JR: For us, it is key to find the tools that enable us to tell our story. When we launched theBlu: Whale Encounter, we used Unity Engine. That software represented a really good union of what we need and what they offer. We considered using Unreal, but it was not a project goal. Moving forward, we are working on a new project and for that project we selected Unreal Engine… but we’re not ready to discuss any details.

JR: You know, it’s a real challenge. Movies are typically rendered at 24 frames per second, except if you use RED and their 48 fps cameras. In the video game world, most games run on 30 fps – especially on consoles. Call of Duty always ran at 60 Hz / 60 fps. Coming to VR, and seeing that we have to render 90 fps per eye… all VR creators have a huge challenge. If we look at resolutions, you are correct. We went from Full HD or 4K at 25 or 30 frames per second to 2K at 90 frames per second and it’s a no easy feat to push content with those numbers. That forces us, the creators to hit specific targets.

For theBlu, we had three things:

Species have to stay authentic to the ocean in a 1:1 ratio in order to become a memory, rather than a clear cut photorealism. Whale Encounter had only several fishes – Whale, Sardines, Manta Ray. Reef Migration brings dozens of different fish type and we had to start simulation how many AI fish we can have on a screen running at any particular point in time.

With Valve and HTC, we had to make our game work on (Nvidia GeForce GTX) 980 and we framed theBlu to hit that on a 980. Challenge for the team happened when Valve lowered the spec to a 970, so we had to push hard to make our VR work at 90 (fps) per eye. On the CPU side, we’re running a simulation – they’re recognizing the corals and the reef, fish feeding etc. Decisions were made on Physics and Graphics – hit 90 Hz for both eyes and carry a realistic fish simulation.

We wanted 5-6 more fish species, but had to cut them out to hit the framerate on 970 and 980. Now comes the best part… when you put something more powerful in the computer, like a GeForce GTX 1080… those new fishes come up. We left all the assets and physics inside and if your computer can handle it, you can have so much more.

VRW: From the looks of it, theBlu as a living, evolving experience. Are there any limits to where you can go with that experience before you move onward to new titles?

JR: The hardest part, creating the world is behind us. I don’t see why we would not continue to evolve the title and bring it to as much people as possible. Virtual Reality is here to stay, and I hope we will see more powerful computers to drive immersive experiences people will remember forever.

VRW: Thank you for your time.

JR: It was a pleasure.