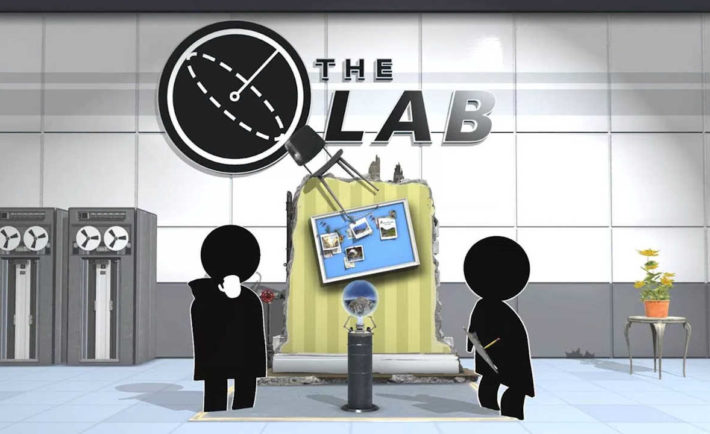 With the ongoing rollout of VR headsets over the course of 2016, we’ve begun to see dozens of games either released to the public or demo’d for release in the near future. In some cases, these games are essentially little puzzles or creative experiences designed to test out the fundamentals of VR; in others, they’re full-fledged, action-packed games akin to what we expect on major consoles. And inevitably, many of the more ambitious games have emerged at the forefront of our discussions about VR games.

But with so many titles already announced and revealed, there are some very interesting games being overlooked. Here are three in particular that may deserve more attention.

If you’ve paid close attention to news regarding the HTC Vive (arguably the leading headset at this stage), you may have heard of this fascinating collection of VR games. But it doesn’t often make the list of the biggest or boldest VR experiences out there. While not a hard core game, it represents a wonderful entrance into the world of VR experiences.

Billed as a collection of experiments in immersive gaming, The Lab is a series of mini-games that are designed to demonstrate the potential of VR. In one game, you explore a beautiful mountaintop and play fetch with a robotic dog; in another, you’re using a slingshot to launch metal spheres (which talk to you) at a tower of boxes; and in yet another, you wield a longbow to conduct tower defense efforts by shooting arrows (some of which you can light on fire). It’s not one cohesive gaming experience, and that may be why it’s sometimes overlooked. But it’s a fascinating collection of activities, and each individual mini-game may represent an important foundation for a whole genre of gaming still to develop on VR.

Available for Samsung Gear VR and an Oculus Rift beta title, Casino VR is our first example of a poker game for VR devices. In this game, you can sit at any of a number of poker tables across from other users and engage in play-money poker games in real time. In terms of both graphics and gameplay, it’s relatively simple, and yet its reach with casino gaming fans makes it worth keeping an eye on.

The interesting thing about this game’s emergence is that in some respects virtual poker and other casino games actually already existed. At one major platform online, in addition to being able to play a variety of casino slot games, players have access to loads of live dealer tables that simulate an experience that is like enjoying Las Vegas in the comfort of your own home. At these tables, gamers can communicate with real dealers and opponents alike all while playing through games like poker, blackjack, roulette, and baccarat. And even though it’s done while looking at a computer or mobile device screen, rather than through a VR headset, the experience is otherwise not unlike true virtual reality. This means that a massive built-in audience for VR casino gaming exists, and that Casino VR could be the start of a very significant genre.

This game has gotten some positive attention, despite being omitted from most lists of major VR experiences to enjoy. And that’s because like Casino VR or The Lab, it’s relatively bare bones by comparison to some of the heavy hitters. Nevertheless, like those games, it might be a very important foundation game for the industry.

Called the best $5 you can spend in virtual reality by Polygon, Viral is available just for Samsung Gear VR users. It’s basically a simplified shooter in which you’re lobbing weighted balls at red and green robot enemies. But where it excels is in how it handles the issue of motion. In Viral, you are either in a stationary position, able to look around and aim but not actually move; or you are “on the rails,” moving along a set track as if you’re in a roller coaster car or something of the like. This setup allows for a dynamic shooter experience without the complication of having to move around freely as you might in, say, a Call Of Duty VR game. The graphics leave a little bit to be desired, but if you think of Viral as a sort of core around that a more interesting shell could be built, it’s a very interesting game.

I’ll be playing these games over the course of weekend. Let us know what would be your favorite VR games and why.