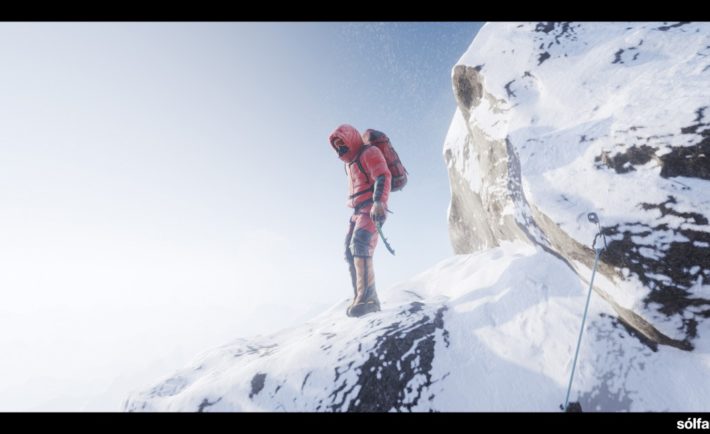 In just a few weeks, the world of Virtual Reality Experiences (VRX) is going to get super immersive add-on. The first fully featured, 1.5 to 2 hour experience is coming to HTC Vive through Steam, Valve’s online store and undoubtedly world’s #1 e-tailer for games. Everest VR is being touted as one of key experiences which should drive the adoption of VR into mainstream. Together with The Climb for Oculus Rift, it probably represents the path forward for VRX.

If we are to describe VRX in short, it would be a “cinematic or animated experience you can play”, but it is not a conventional game which includes interacting with other characters (digital or virtual). As such, targets are different – and Everest VR is no different. This immersive experience will take you into the magnificent challenge of climbing the Sagarmāthā (as even Sir George Everest objected to the mountain being named after him), either through a demo experience (the second or the fourth scene) to be enjoyed in public VR rooms or the full blown experience through the five scenes:

During E3, we managed to grab more details about the experience courtesy of our contacts at Valve Software, HTC and Nvidia. Which is bound to scare and thrill numerous gamers worldwide. In fact, before it was my turn, we witnessed a Japanese journalist going through what could only be described as a panic attack – even though the experience was the same for everyone – a room with truth to be told, ice cold AC blasting straight into the individual experiencing the fourth scene.

As far as the gameplay goes, Khumball Icefall and Ascent will be the most immersive parts, with Khumball being the most scary of them all – if you watched Everest the movie, we’re talking about going on the ladders, starring into the ice abyss – definitely not pleasant – even if you know you’re on the safe ground. Reaching the summit will enable “God Mode”, where you get to see the Sagarmatha in all of its glory.

The experience was created by taking over 300,000 images and creating a 3D mesh with textures, all powered by Epic’s Unreal Engine 4. Solfar worked hand in hand with RVX , Iceland-based Special Effects (VFX) studio which worked on the Everest movie. Both companies are based in Reykyavik, the capital of Iceland – and judging by the amount of talent coming from this small island-state (don’t forget – CCP Games and EVE world comes from Iceland too), there are many more games and experiences coming our way.

As a movie, Everest was based on the book by Seaborn Beck Weathers. In 1996, an expedition was caught in nascent weather and eight people died – making it the most lethal expedition of all times. The developers at Solfar took the movie as a base, but your experience of ascent to the Summit will be using the 21st century equipment. Lead animator for the title, Óðinn Árnason – is an experienced climber.

While the company representatives weren’t willing to commit to a specific release date, HTC Vive comes first, followed by other platforms. If you’re wondering about Oculus Rift or Sony PlayStation VR, have no fear – Solfar won’t disappoint you. Everest VR will launch on Oculus as soon as the company launches their Rift Touch controllers, which may be before Sony launches its PlayStation VR. The experience should be available for PlayStation 4 / PlayStation 4 Neo on October 13th, 2016 – the date when Sony will release PlayStation VR into e-tail / retail channels.