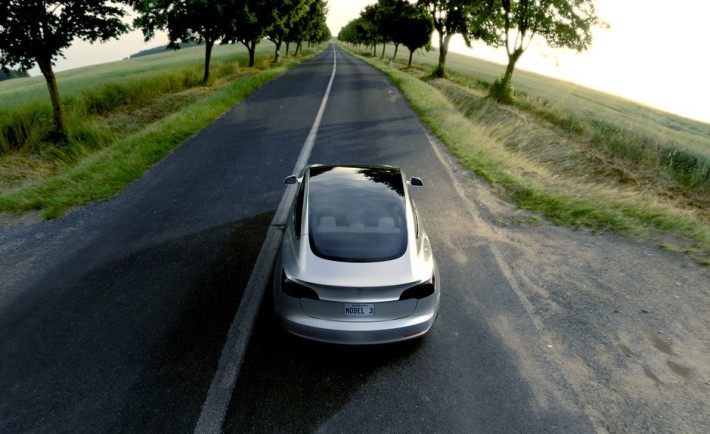 In the late afternoon California time, or early morning Singapore time, Elon Musk, Chairman of the Board and CEO of Tesla Motors, Inc. posted what is his second Master Plan for Tesla. On August 2nd, 2006 Elon posted the first Tesla Master Plan, one we can say the company pretty much checked all the marks. Just a few days before the 10 anniversary, we’re treated to another plan. In this article, we’ll bring you the most interesting bits:

Tesla is Becoming an Utility Company

“Create a smoothly integrated and beautiful solar-roof-with-battery product that just works, empowering the individual as their own utility, and then scale that throughout the world. One ordering experience, one installation, one service contact, one phone app.”

This quote explains why Tesla is acquiring SolarCity (which the CEO owns the shares of). The goal is to integrate all aspects of the electrical grid which used to be focused on heating the water or generating base electricity – to becoming a fully self-sustainable household. Unlike local energy providers like PG&E (California), HEP (Croatia), RWE (Germany) or SP (Singapore), the goal for new Tesla is to offer its solar panels and batteries everywhere in the world.

“Now that Tesla is ready to scale Powerwall and SolarCity is ready to provide highly differentiated solar, the time has come to bring them together.”

What is important to understand is that Tesla is not targeting just the households, even though the first quotation says so. Tesla and SolarCity teamed up with Advanced Microgrid Solutions to move the world’s skyscrapers to become so called “hybrid buildings”, with the first hybrid building being launched in San Francisco.

AMS is installing a 500KW / 1MW Powerwall system in One Maritime Plaza, occupied by Morgan Stanley. The amount of batteries may amount to 11 Tesla Model S or X cars with 90kWh battery packs, or 156 PowerWalls. The building will utilize 500 KW capacity out of 1000 KW (1MW) at any given moment to cycle the batteries, and deliver full 1MW if the building is under full load. According to the press release, both parties claim that will reduce the building’s power utilization by as much as 20%. Now, think about that for a second. How much energy could you liberate into the grid and make it available for electric cars, for example – if every office building would save 20% of electricity on day by day basis, especially in California – which mandates 24×7 lights in the hallways by its building codes.

Autopilot or true self-driving capability is the key to the new Tesla business model. While all self-driving cars available today feature so-called Level 2 autonomy, the path to Level 4 is a long one. Once the industry reaches that point, the car will stop being an expense, and start becoming a revenue generating tool:

“You will also be able to add your car to the Tesla shared fleet just by tapping a button on the Tesla phone app and have it generate income for you while you’re at work or on vacation, significantly offsetting and at times potentially exceeding the monthly loan or lease cost. This dramatically lowers the true cost of ownership to the point where almost anyone could own a Tesla. Since most cars are only in use by their owner for 5% to 10% of the day, the fundamental economic utility of a true self-driving car is likely to be several times that of a car which is not.”

Right now, we’re seeing the rise of rent-a-cars on minute basis, people owing their cars and using them for Uber or Lyft, or Didi in China. Yet, Tesla plans to uproot all the startups with a corporate approach to owning the cars and managing the fleets.

“In cities where demand exceeds the supply of customer-owned cars, Tesla will operate its own fleet, ensuring you can always hail a ride from us no matter where you are.”

Imagine a Tesla Store becoming a “Purchase Vehicle-Lease Vehicle-Share Vehicle.” It isn’t too far to imagine people buying multiple cars and using them to make money. After all, one does not need to look into the future – through my time living in Singapore, San Diego area and Dubai, I witnessed that generating income on monthly basis is easiest achieved by buying properties and renting them out. It is not uncommon to meet a couple owning 10 or more properties, all returning 2.5-5% annually. My landlord in Singapore only made 2.2% return on my place, but ultimately – he and his wife did not care, as they always have a property they can sell if the rent is not enough.

Buying ten cars instead of one property can easily shift the balance, especially in areas where major international traffic hubs are present, or major tourist hotspots. Imagine those hotspots and hubs with Tesla vehicles – get into car, drive or be driven, leave the vehicle when you don’t need it – all without a hassle of registration, insurance, maintenance and others. But for that, Tesla needs to expand the offering with a convertible, more compact vehicles, and larger vehicles like trucks. Which brings us to…

Tesla is preparing a No Less than Five New Vehicles; Two Trucks and a Bus

Last part of the announcement is perhaps the most interesting one in terms of products, as it shows its pace of evolution:

“A first principles physics analysis of automotive production suggests that somewhere between a 5 to 10 fold improvement is achievable by version 3 on a roughly 2 year iteration cycle. The first Model 3 factory machine should be thought of as version 0.5, with version 1.0 probably in 2018.”

“With the Model 3, a future compact SUV and a new kind of pickup truck, we plan to address most of the consumer market.”

Notice that Elon (deliberately?) didn’t mention anything about the Roadster 2.0, which is under development for quite some time now, and already has over 200 customers signed up. First customer was infamously, the other member of PayPal Mafia, Peter Thiel. Roadster 2.0 is coming to market in 2019, and should feature “Maximum Plaid” mode (successor to Ludicrous), as announced by Elon himself. Compact SUV on the Model 3 platform is no surprise, as the car makers are currently going crazy over small SUVs – Audi Q2, BMW X1, Mercedes GLA and GLC, Opel Mocca (a.k.a. Buick Encore, Vauxhall Mocca etc.), Renault Kadjar and numerous others.

Pick up truck is an interesting one – perhaps the key model to reduce emissions of American cars. Trucks or Pick up Trucks are the key category of vehicles in North America, with Ford selling as much as four F-150 pick up trucks every minute the dealerships are open. Don’t be surprised if Tesla decides to name its truck Model FU.

The last two elements are probably targeting the world’s largest electric vehicle manufacturer, Build Your Dreams or BYD – a semi, cargo carrying truck and a city bus. Do note that we reported first about BMW’s decision to enter the semi (large truck) market with their collaboration with SCHERM Group. BMW will build all-electric trucks which will link their factories throughout Europe, carrying components for manufacturing of their vehicles using a grand total of zero fossil fuels. 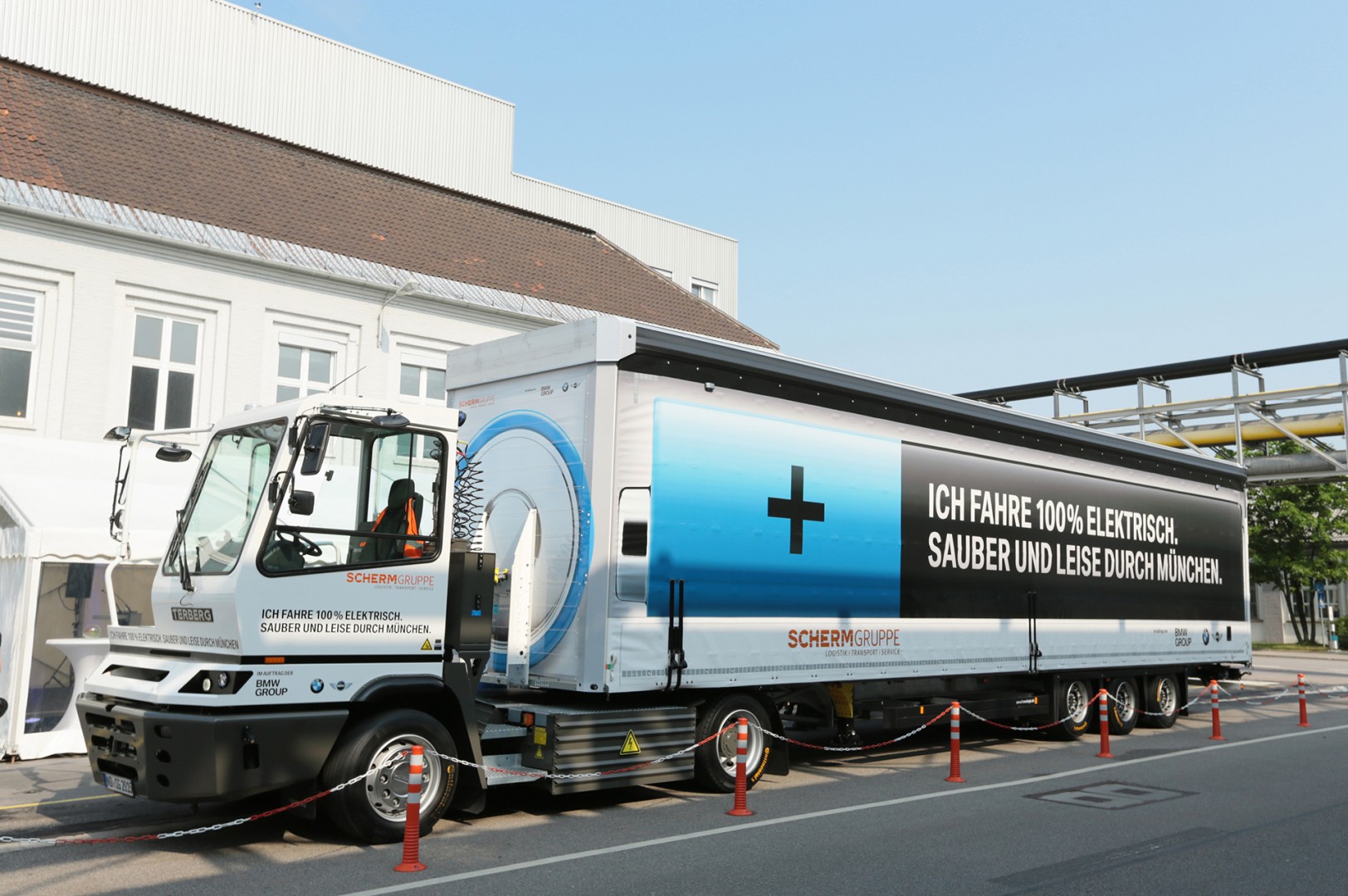 “In addition to consumer vehicles, there are two other types of electric vehicle needed: heavy-duty trucks and high passenger-density urban transport. Both are in the early stages of development at Tesla and should be ready for unveiling next year. We believe the Tesla Semi will deliver a substantial reduction in the cost of cargo transport, while increasing safety and making it really fun to operate.”

Thus, in 2017 we should see the Tesla Semi and Tesla Bus. A trailer-truck with Tesla motors… this one will be an interesting to watch.

Regardless of what one may think about Tesla, the fact of the matter is that this Silicon Valley giant is only thinking about one thing, and that thing should worry its competitors: disruption. The only thing missing is their attitude. The image of a company which relies on government grants is something the detractors and people that short TSLA stock (we’re looking at you, ‘shorting’ cesspool at Seeking Alpha) is remote from reality, as the sad truth is that especially in the United States – fossil fuels are heavily subsidized. Take a look at tax breaks received by the oil industry and translate that to savings at the pump. Still, with Tesla Supercharging network, there’s one thing that fossil fuel makers, paid proponents and enthusiasts cannot argue – you can’t beat “free”, as Tesla Destination Charging is now expanding worldwide, and locations around the world are installing chargers for owners of Tesla vehicles. From a distillery, spirits manufacturer on Vancouver Island, winery, retreat and restaurant in Croatia to a marina on Gold Coast in Australia – destination charging is spreading where Superchargers haven’t reached yet.

Now, imagine this scenario…. in five years, according to this plan, Tesla will be a utility company, fleet company – Power-as-a-Service (PaaS), Car-as-a-Service (CaaS), Transportation-as-a-Service (TaaS), Cargo-as-a-Service (CaaS2?), Ownership-as-a-Service (OaaS)… in short, this company wants to evolve into becoming a part of your daily life and a money-making tool when you’re busy working on other things.