While VR commands a lot of attention from up and coming experiences and franchises, there is no denying that the first really big shots in VR games are yet to come. On the other hand, impact and workflow of today’s 3D games are all established and known. For some franchises, one might say that they’ve been here from the beginning of gaming. Milestone for many young (not so young) lives. One such game is Valve’s Counter-Strike i.e. CS. Together with League of Legends (LoL) and Dota 2, this holy trinity of eSports reach over 140 million players and attract more viewers globally than numerous mainstream sports. NBA, NHL and MLB all attract less viewers than eSports, and we won’t be surprised when such fate hits NFL as well.

What enabled that growth? The answer is quite easy to explain, but hard to fathom – sharing. As humans, we’re used to share stories that happened around us, and we live in a world where such stories are very easy to find. There’s no denying that influence of content sharing platforms like Twitch or YouTube in the gaming world is tremendous. One serious attempt to replicate that pattern in VR environment is SILVER.tv. Founded in 2015, the company revolves around several not so young gamers. Based in California and backed by top Silicon Valley VCs and Hollywood media investors, SLIVER.tv went from a possibility into a viable product in a very short period of time.

SLIVER.tv enables you to go from viewing only previously recorded content to stream live from the big eSports tournaments. It’s a platform to record, view, and stream top eSports games in fully immersive, 360° cinematic VR video. The company is not without competitors, such as the Seattle-based VReal, but Sliver’s main competitive advantages are the titles it hosts content from. They have built a bridge between already established 3D games and VR, beginning with the previously mentioned three biggest eSports games. 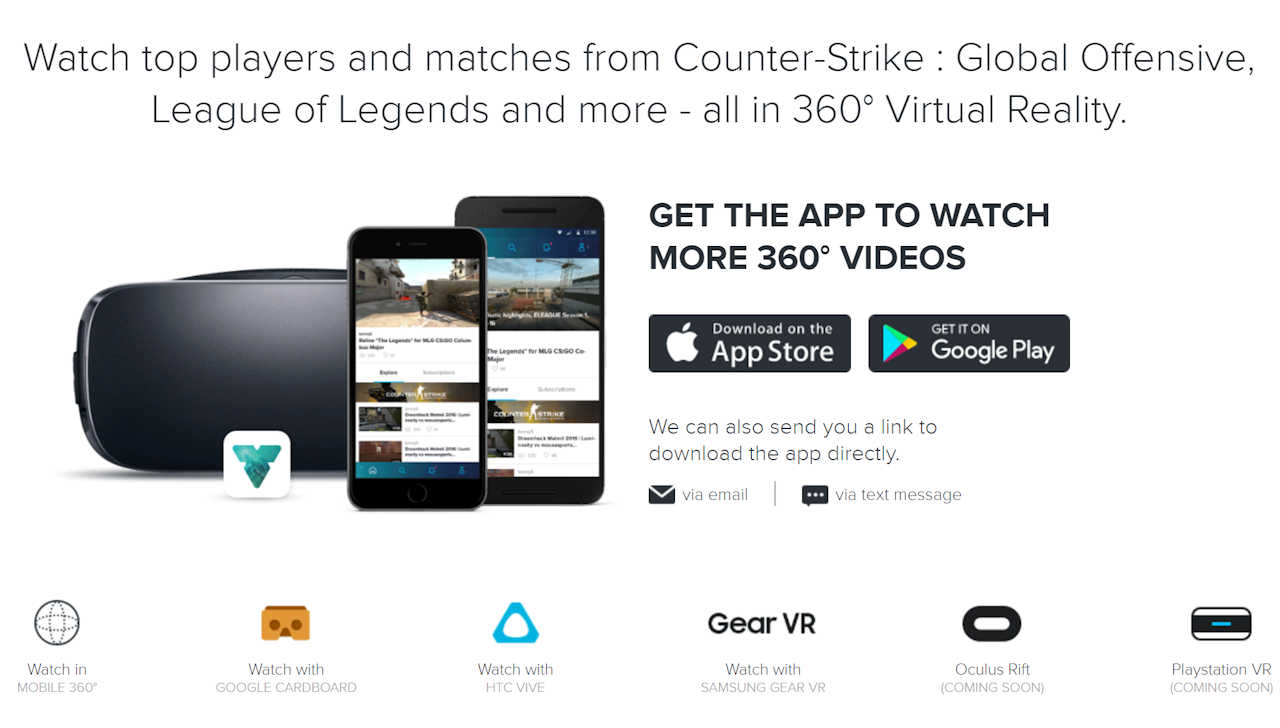 Their patented technology uses multiple virtual camera arrays to recording game matches in a fully immersive VR, putting the viewers into the heart of action. Its “auto content” generation technology can crawl, index and record over a dozen live professional tournaments and players at any given time, build up a database of top matches, players and tourneys along with unique game metadata. “Hot Spot” proprietary algorithms can identify exciting moments from these matches and tournaments, and automatically create highlight reels, replays and top plays, such as Counter-Strike: Global Offensive headshots or League of Legends multi-kills. Viewers can also use slow motion, zoom-in and dynamically place virtual cameras to capture the action at optimal viewing angles. On top of that, LiveVRCast technology brings immersive the 360-degree “VR” experience in real time.

ESL, the world’s largest eSports company operates branded high profile international and national leagues and tournaments. The organization teamed with SLIVER.tv and WonderWorld VR (a VR production studio) to produce the first-ever eSports event to be live streamed, worldwide and in VR, at the ESL One New York on October 1-2nd. You can watch the event through a website, mobile device or a VR headset. For a premium experience, there is support for GearVR, Oculus Rift and HTC Vive apps to watch in full VR.