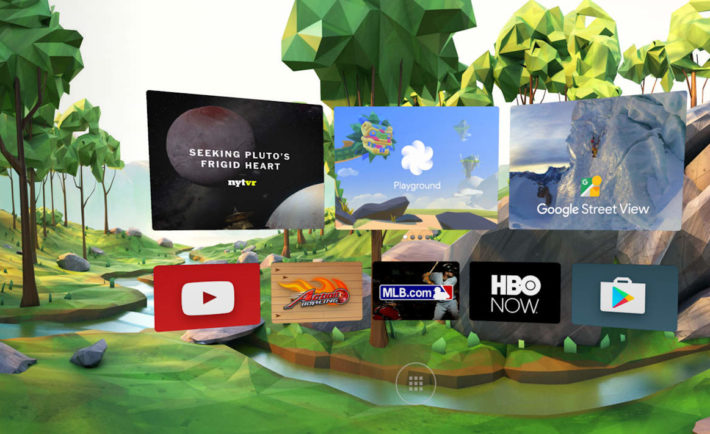 Google Daydream VR platform is set to launch in fall 2016, but only a select group of developers will be able to publish Daydream apps. Google Play store is limiting access until some point in 2017. While any Android developer can submit Cardboard applications to the Google Play store, Google decided to limit Daydream apps releases. Only developers are accepted into the Daydream Access Program (DAP) will be allowed to publish apps starting with October 4th, the day of Daydream launch. Everyone else will be allowed to publish apps “early next year.”

Google Pixel XL phone is manufactured by HTC. This is the reference platform for Google’s Daydream VR platform.

Developers can apply now to join the DAP. The application form consists of some basic information gathering, including a description of the VR app that’s being developed and whether or not it has launched on any other VR platforms, and it also asks you what are you developing (Apps, Games or Both). Google says that DAP developers provide feedback to our team that can benefit the broader Daydream VR developer community and those who are selected to join the DAP “get a first look at updates to Daydream’s developer tools and are connected to our team and the DAP community throughout the development process.”

The criteria upon which developers will be accepted into the DAP is unclear. This restrictive step appears to be a simple way for Google to sort for high quality or to be more precise, “safe for consumption” VR content at Daydream’s launch, rather than opening the gates to any and all would-be Android VR developers. Given the potential health issues users could experience with low-framerate, or blurry VR – the company decided to play it safe. On October 4th, 2016 Google is hosting a press event which is expected to see the announcement of new Daydream-ready phones from the company and mark the public availability of Daydream VR platform for the supported phones. This aligns with Google’s promise earlier this year that we’d see the first Daydream phones launch in fall.

For more information on Google Daydream and Unity Support, read our previous article.