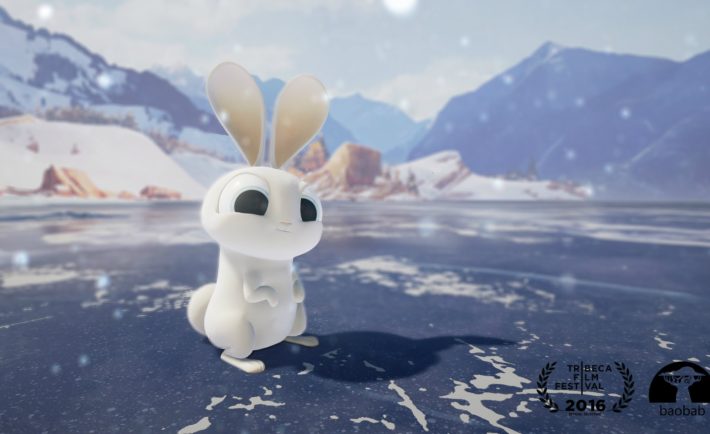 VR is mostly used in gaming and virtual reality simulations. But what if that can change? We all saw how it can be used in military, education, engineering etc. I think that next logical step is using VR and VR stories in the film industry. But the transformation rarely – if ever – goes the other way.  An original VR piece was never been turned into a Hollywood movie.

The director of the “Madagascar” series of animated films, Eric Darnell, and the veteran Hollywood producer Joe Roth are changing that. “Invasion!,” a six-minute animated VR short created earlier this year by Darnell and his company Baobab Studios, will be developed as a traditional full-length animated feature by Roth’s production company Roth Kirschenbaum.

“We’re always looking at properties with rich characters and a cinematic universe in any form – whether it’s a graphic novel or a short film or a book,” said Zack Roth, Joe’s son and an executive at Roth Kirschenbaum. “When we saw ‘Invasion!’ we realized VR was just another place to look for stories.”

The idea is rather odd. With its ability to place viewers inside a world and allow them to control their experience, VR is fundamentally different than traditional film. What makes for a good VR piece would not necessarily make for a rewarding trip to the multiplex. But principals say that it’s a sign of how far VR, which has sometimes been criticized as devaluing narrative, has come in just a short time. Then again, we cannot say that this is the first time Hollywood reverses the course of interactive narrative. After all, it took quite a substantial number of years for movies based on computer games to come out, and the vast majority of them ended being quite horrible. This was mostly due to the fact that somebody was funding Uwe Boll productions. VR-based movies can go both ways, either as Uwe Boll-class B or C movies, or top tier productions such as Warcraft.

“Film and VR are very different media,” Darnell said in an interview. “But the idea that ‘Invasion!’ is seen as a strong enough story by a company like Roth Kirschenbaum speaks to how much progress is being made. VR can be about storytelling too.”

It would be fun to see how this idea will evolve and on which level will change the whole movie industry, not only with animated movies. Will there ever be some FPS action movies like “Hardcore Henry” implemented in VR,  and horror games that gave us some real jump scares, will there be a movie that will do just the same?