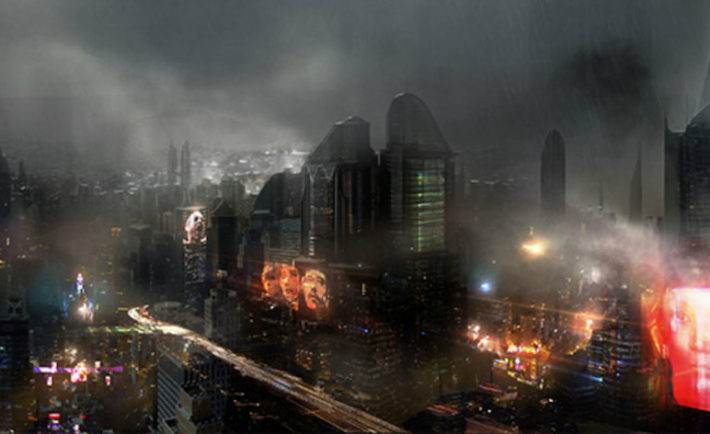 Art has the ability to provide emotional stimulation changing the perception of reality in a relationship. An idea, that new energy, can be born and ultimately change our consciousness, how the world may be happening. Technology is also beloved in part for this reason and VR is the next step. I was in a strange and distant places and met a strange and distant people and then at one point, between piles of incomprehensible words. Few short sentences, quote of movie and what was distant, became close. What’s left is just here:

“Do Androids Dream of Electric Sheep” is a 1968 science fiction novel by Philip K. Dick. It was taken as basis for the 1982 movie Blade Runner. In the beginning it received a lukewarm reception, while today it is safe to say that it’s one of the greatest science-fiction films of all time. 34 years after Blade Runner made its debut in cinemas, a sequel will arrive. In a bit less than one year (October 6th, 2017), new Blade Runner will come to the movie theaters… and your eye balls.

Harrison Ford will not just take the same role of the detective Hampton Fancher but also take the charge of the script, while Ridley Scott took the role of the producer. The role of director is occupied by Denis Villeneuve, author of the brilliant “Sicario” that debuted last year.

In what might be a very important milestone for the said trio is the fact that they’re not just teaming up for the movie. Production and distribution company Alcon Entertainment recently formed a new division called Alcon Interactive, which entered into a partnership with Oculus to bring interactive virtual reality “vignettes” based on Blade Runner 2049.

While there are no details about the number or the price of those VR experiences, the only know thing is that the Oculus VR platform is the exclusive carrier for the said content. “Blade Runner has always pushed the boundaries of cinema, visionary art, design and story and bringing the sequel to this beloved sci-fi property to VR gives us an opportunity to push those boundaries further,” said Colum Slevin, Head of Experiences, Oculus. “We look forward to giving audiences a new way to experience this iconic title in an entirely new and reimagined way.”