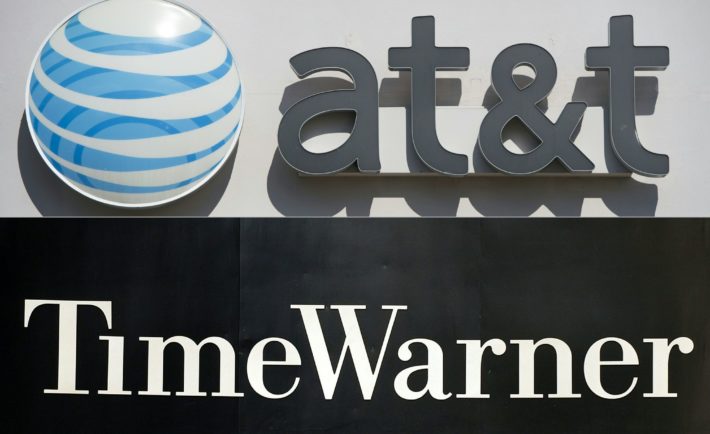 AT&T Inc. has reached an agreement to buy Time Warner Inc. for $85.4 billion in a deal that would transform the phone company into a media giant. The wireless carrier agreed to pay $107.50 a share, evenly split between cash and stock. The companies said they expect the deal to close by the end of 2017.

AT&T Chief Executive Randall Stephenson would head the new company, as the surviving entity. The companies said Time Warner Chief Executive Jeff Bewkes would stay for an interim period following the close of the deal to help with the transition. The combined business would pair the carrier’s millions of wireless and pay-television subscribers with Time Warner’s deep media lineup, which includes networks such as CNN, TNT, the prized HBO channel and Warner Bros. film and TV studio. It furthers AT&T’s bet that television and video can drive growth into a stalled wireless market.

“Premium content always wins. It has been true on the big screen, the TV screen and now it’s proving true on the mobile screen,” Mr. Stephenson, 56 years old, said in the press release.

The companies said they aim to be the first U.S. wireless company to compete nationwide with cable companies by providing an online-video bundle akin to a traditional pay-television package. “It will disrupt the traditional entertainment model and push the boundaries on mobile content availability for the benefit of customers,” the companies said. Naturally, such rosy words are needed in order to try to get approval by the relevant authorities. As a little history lesson, AT&T was sued for monopoly by the U.S. Justice department, and successfully broken in multiple entities which were named Baby Bells. In the 2000s, AT&T went on a purchasing spree to regain much of the old Baby Bells – Cingular mobile network, attempted to acquire T-Mobile and now acquiring Time Warner – if the deal is allowed to go through.

For Time Warner, the deal represents a victory for Mr. Bewkes, 64, who took some heat from investors for rebuffing a takeover bid two years ago from 21st Century Fox at $85 a share. Already this year, Charter Communications absorbed Time Warner Cable (which was separate business entity from Time Warner), NBC Universal bought Jeffrey Katzenberg’s DreamWorks Animation for $3.8 billion, and movie studio Lionsgate is in the process of buying the Starz! premium movie channel in a deal worth $4.4 billion.