As the week progresses, there are numerous applications wying for your attention. Commuting to and from work, running errands all saw the removal of “idle time”, with us being engulfed with different applications on mobile phones. As smartphone displays have improved, game developers have taken advantage of the latest technology to add beautiful graphics to their creations. If you like playing smartphone games that mix beauty with fun, you’ll want to download these five titles to your mobile device. We list the five mobile experiences you should experience, including some AR and VR experiences that are on the way. 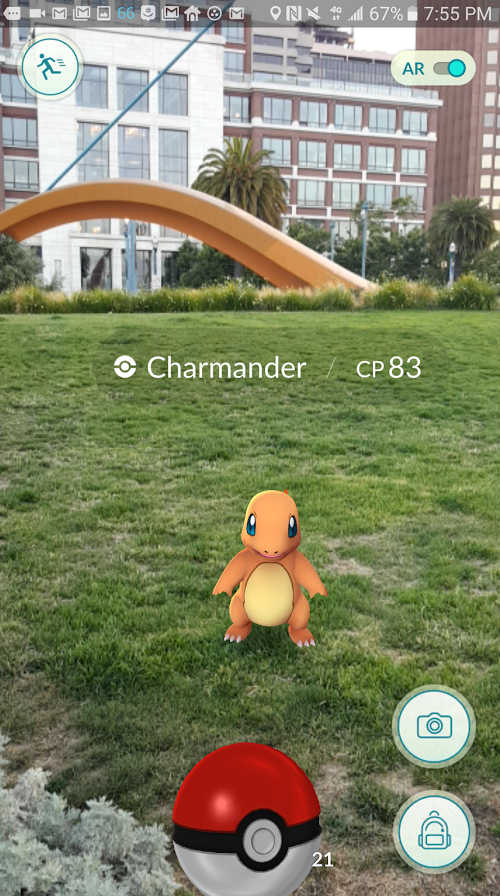 What started as an April Fools joke on Google Maps turned into a massive business opportunity, addressed well in a Forbes article by Ryan Mac. Pokémon GO gives you an opportunity to explore the world in search of Pokémon that have come to planet Earth. Luckily, you don’t have to search by yourself. Instead, you join a team that combs neighborhoods for these creatures. When you come near one, your smartphone vibrates to get your attention. After that, you’ll have to track the Pokémon down to collect it.

Pokémon GO doesn’t have detailed graphics, but the mixture of colors makes it surprisingly attractive. The game even offers an Augmented Reality mode for a ‘mixed reality experience that kills your battery.’ It’s not just for kids, either. Adults will have a great time playing this game and now that the initial hype has passed, the game is turning from a grindfest into an enjoyable experience which will change the number of steps you take each day… for the better.

At 3.2GB, Final Fantasy IX is large for a smartphone game. A lot of that space, however, goes toward providing intense graphics that are nearly as good as on recent Final Fantasy games designed for the Sony PlayStation. Unlike in most smartphone games, you can see the expressions on characters’ faces. A windy day will even blow your character’s hair and clothes around. It’s a level of detail that designers rarely pay attention to when making handheld games.

The graphical complexity makes sense when you realize that Final Fantasy IX was originally created for the Sony PlayStation. Depending on your phone, the mobile version can even offer higher quality graphics, looking better than just about any other game you’ll find.

Stack takes a simple concept and makes it fun by adding beautiful graphics that will keep you interested for much longer than you expect. The game asks you to stack blocks without letting your tower topple. It sounds easy, but it can get quite difficult as your stack grows.

As you progress through the game, you can unlock different blocks that make the game even more interesting. Some of the latest block additions are shaped like artwork and money. You’ll need a smartphone with a good display to see the block details, though. The Galaxy S6 edge has a 5.1-inch Quad HD Super AMOLED display that really brings out the beauty in every stage of the game.

If you love playing strategy games, then you’ll want to download Defense Zone 2 HD to your smartphone. The game puts you in charge of an army that has to fight enemy forces. You get to choose from a wide range of weapons, many of which create dazzling explosions that help make the game a lot of fun to play.

Defense Zone 3 HD becomes more challenging as you progress through the levels. As long as the game’s developers keep adding levels, you can theoretically play this game forever. Considering that it only costs $2.99, you’ll definitely get your money’s worth.

Marvel Future Fight was designed to look like a comic book. In reality, though, it’s more attractive than most comics. The backgrounds are especially detailed. As you move through the game, you collect more Marvel characters to assist you as you fight to save the future. Each character has distinct abilities that give the game a somewhat tactical feel. Really, though, it’s about using cool superpowers to defeat villains.

Marvel Future Fight has some expensive in-app purchases, but you don’t have to buy. Most of the purchase options simply give you extra crystals so you can buy new weapons. As long as you play the game often, you’ll accumulate enough crystals to buy most of the things you need.

If you’re still playing old smartphone games, you should check out some of these titles. Their beautiful graphics may surprise you.