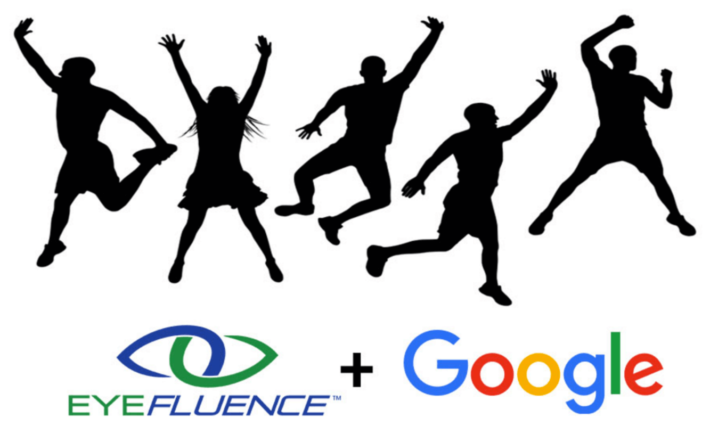 Eyefluence is company founded by William Torch and Jim Maggraff, with the goals to create eye tracking system that measures the intent of your mind, not just the motions of your eyes in order to control technology. This new system would allow a user to control device through movements of users eyes. This kind of tech may seem unnecessary for present day smartphones and PC-s, but as the world of immersive computing continues to barrel towards us it will become infinitely more relevant. Google certainly thinks so as it has just acquired Eyefluence for itself.

According to an official statement on the Eyefluence blog:

“Today, we are excited to announce that the Eyefluence team is joining Google!  With our forces combined, we will continue to advance eye-interaction technology to expand human potential and empathy on an even larger scale. We look forward to the life-changing innovations we’ll create together… Over the last three and a half years we have built an incredible team, advanced our eye-interaction technology, and created strong partnerships that have lead to the development of a completely new language for eye-interaction.”

Google will also gain a crucial set of 18 utility patents from Eyefluence on usages ranging from eye-tracking and UI interaction to biometric security scanning. Eyefluence has AR Interaction patents that could improve hi-res gaze tracking, and use your eyes for continuous identification and security. This patent might lead to replacing the thumbprint scanner and security passwords on your PC or smartphone. These intellectual properties are tools for Google as it continues to build out its immersive technology arsenal. As Google launches its Daydream virtual reality platform next month with its Daydream View headset, attention is being directed to its next-gen headset efforts.

Eye-tracking is a very important technology to future virtual reality headsets. Other companies in the space like SMI and Tobii have devoted efforts to using the eye as a method of signaling attention in interfaces but Eyefluence has devoted itself fully to using eye gesture cues for navigating menus and making selections. This acquisition is really not a huge surprise for most who had seen Eyefluence’s impressive technology up close.